Home » Posts » Treatment » psychotherapy » Does the placebo effect inflate the effectiveness of psychotherapy? 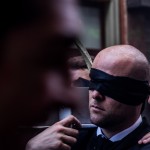 The rationale for blinding is that people who know they are getting the treatment may have positive expectations for it to work and get better because they think they will (the placebo effect) rather than because the treatment itself is effective.

The placebo effect itself is an astonishing thing. For a bite size introduction, watch this NHS Choices video of Ben Goldacre.

In line with this, randomised trials that don’t use blinding tend to show larger treatment effects than blinded studies. Lack of blinding therefore means we risk over-estimating the effectiveness of a treatment.

In trials of psychological therapy, we’re unable to blind the patients and the therapists to whether they’re giving and receiving the ‘real’ treatment. With antidepressant medication however, it is possible to give some participants a placebo medication (sugar pill) and so they don’t know whether or not they are getting the real drug, which controls for the potentially inflating impact of expectations.

The research group behind a recent meta-analysis (led by Pim Cuijpers) has published previous meta-analyses showing no significant difference between psychotherapy and medication for treatment of depression. Here, they ask whether the fact that medication can be blinded whereas psychotherapy can’t means that the effect of psychotherapy comparative to medication is over-estimated. 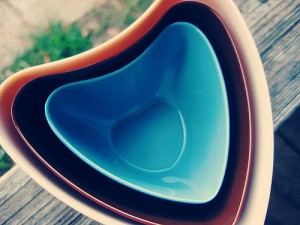 Are unblinded psychotherapy trials over-estimating the benefits of talking therapies?

Consistent with previous meta-analyses, there was no overall significant difference between psychotherapy and antidepressants when they looked at all the studies together.

When they pulled out the comparisons with no blinding, they found that medication had a small but significantly better impact than psychotherapy. When they analysed the studies which blinded the medication arm, they found that there was no difference between the two. The team describe this as ‘consistent with their hypothesis’.

The authors are consistent though, if you follow the line of argument that the blinded studies are showing us the ‘true’ effect of medication, which in this case is that it’s not significantly better than therapy. The finding from the non-blinded studies where medication comes out better is the result of the placebo effect inflating the impact of medication.

The argument would be that this means there is an inflation effect that happens in non-blinded studies, and so we should assume psychotherapy is also being inflated. In the studies which show no significant difference, we can only blind the medication arm, the implication being that the psychotherapy arm effect is likely being inflated (and might be less effective if we could pull out the ‘true’ effect).

This hinges though on the placebo effect (a still quite mysterious and complex concept) being consistent in the way it operates across therapy and medication and of a similar power. Even this is an entirely indirect way of inferring what the impact of placebo on psychotherapy may be (which the authors themselves acknowledge in the limitations section.) 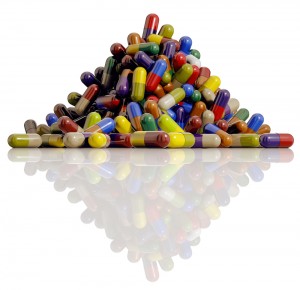 Studies in which no placebo condition was included, resulted in a small but significant difference in favour of pharmacotherapy.

Even if we do take their line of argument at face value, the authors themselves say:

The effect sizes found in this paper are all very small and probably can not be considered to be clinically relevant.

It’s a bit of a damp squib of an ending, which is no comment on the quality of the study conducted, but I am struggling to say what this usefully adds.

Perhaps more interesting would be a discussion about whether we could find a way to mask psychotherapies in trials or whether we just have to accept that blinding isn’t possible. I know from my experience on trials that participants will talk about ‘the therapy’ in quite broad terms and they might not know, for example, if they were getting “active” cognitive behavioural therapy compared to just some cognitive exercises, which could be the ‘placebo’ in this kind of trial.

What we can certainly do is blind outcome assessors (the people collecting the response data) in such trials, and it would be useful to know if this significantly impacts results, as this is something we can then act on in terms of trial delivery and design. 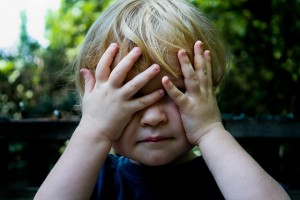 Is it possible to blind patients from the psychotherapy they are receiving?