Home » Posts » Treatment » other » internet-based treatment » iCBT for depression: how does it work? 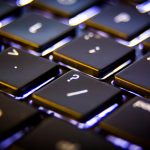 The elves have blogged about the effectiveness of Computerised Cognitive Behavioural Therapy (cCBT) sometimes known as Internet Cognitive Behavioural Therapy (iCBT) for depression on many previous occasions. Although there does seem some evidence that it reduces symptoms in children and adolescents, evidence in adults is at best weak. Reviewing the literature, one can clearly see how incredibly attractive the concept of using online access to CBT is to commissioners and patients in terms of cost savings and accessibility, such that it sometimes appears to me that we are desperate to prove it works because it is a cheap alternative to face-to-face, costly but effective therapy!

I should declare here that I am sceptical about cCBT/iCBT having been involved in its practical application in primary care settings in England through my role working for IAPT services; we stopped offering it following two years of disappointing outcomes and very poor uptake.

Sceptical or not, I was intrigued when our very own Elrond asked me to blog about a recent study (carried out by a Romanian group from Babeș-Bolyai University) entitled: “Internet-Based Psychotherapy for Adult Depression: What About the Mechanisms of Change?” – especially by the tagline.

The group defined Mechanisms of Change as:

…psychological factors assumed to be targeted by the intervention and to mediate the change in symptom.

The authors’ stress that by:

Knowing the mechanisms of change in iCBT can increase our understanding of the etiological factors underpinning depression and lead to the development of better (computerized) interventions.

and were also keen to emphasise that the mechanisms of change for iCBT are not necessarily the same as conventional (face-to-face) CBT.

The objective of this study was to:

..provide an overview of the state of the art regarding the mechanisms of iCBT for adult depression, in the context of iCBT efficacy.

This then is clearly a very different approach to the standard data crunching comparison of treatment versus control. 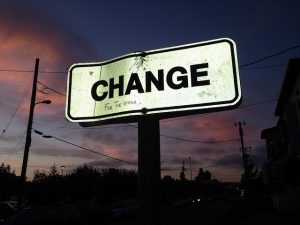 This new qualitative systematic review aimed to identify the mechanisms of change for Internet delivered CBT.

This is a systematic qualitative review. The authors’ searched the scientific literature (PsycINFO and MEDLINE databases) for studies on iCBT which met their standard criteria (RCTs, designed specifically to assess the efficacy of iCBT for depression in adults and/or the mechanisms underlying iCBT for depression, in English and published in a peer-reviewed journal). Quality of the included studies was assessed using the “risk of bias” assessment tool developed by the Cochrane Collaboration.

This current study applied the principles of a previous study carried out by David and Montgomery (2011) to assess the scientific status. According to this work, a psychological intervention can show the following types of clinical efficacy:

The review identified 37 studies which fulfilled their inclusion/exclusion criteria (12 from a research group based in Australia; 6 from a group in Sweden, 6 from a Dutch group; with the remaining studies published by research teams from Germany and Switzerland (3 studies), United States (3 studies), United Kingdom (3 studies), Canada (2 studies), Ireland, Norway and Australia (1 study).

Only one study (of the 37 included) met all of three risk of bias criteria (adequate generation of the random sequence, allocation concealment, and adequate blinding of the assessors). 32 trials reported adequate randomisation, 12 reported allocation concealment, and only 3 reported adequate blinding of the assessors. The researchers summarised this state of affairs by saying: “The quality of iCBT randomized clinical trials proved to be suboptimal”. 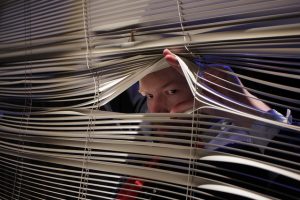 This review shows us that iCBT mechanisms of change are clearly under-investigated.

The reviewers concluded that:

iCBT for depression seems to have only preliminary support (at most) in terms of mechanisms of change, while data supporting the therapeutic package can be described, in our view, as equivocal.

This study set out to try to examine if iCBT is effective in the treatment of adult depression and to try to establish how it might work, in terms of mechanisms of change. From there study they claim that:

However, the data that they have used in their study has many limitations, mostly identified by the authors’ themselves. Most obvious is both the lack of quantity and the lack quality of the studies included. These are too heterogeneous to distil any real conclusions, other than a need for more structured studies.

It is intriguing that they hypothesise that the mechanisms of change for iCBT could differ from standard face-to-face CBT and I for one remain sceptical that this will prove to be the case. Also from a purely personal view, I feel concerned that trying to treat depression, often characterised by withdrawal and isolation, using internet-based methods might serve to promote isolation and withdrawal.

The authors’ do state that the study is qualitative and not quantitative in design. However, I found it easy to become confused by their inclusion of “quantitative” data and the conclusions they make based on this. I would have preferred them to fully (meta)analyse the data to support their conclusions on efficacy.

Perhaps the most important contribution this study makes lies in the section headed: “Directions for Future Research: How Considering iCBT Mechanisms of Change Could Improve iCBT Protocols”. In this they make a clear case for their final conclusion:

The iCBT theory should be clearly specified and adequately investigated to design and implement highly efficacious therapeutic packages. Without considering the iCBT mechanisms of change along with iCBT efficacy, the extent to which iCBT is an empirically validated treatment remains questionable. 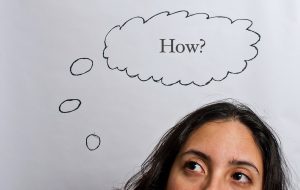 Do we need to understand how iCBT works or is it sufficient to simply know that it does work?