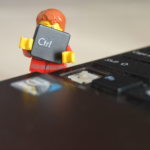 Many people who experience depression don’t receive help and treatment from a healthcare professional. Alternative treatments and self-help options (which don’t necessarily require seeking help from someone) are used by people to help them cope with depression.

Exercise and Internet-based Cognitive Behavioural Therapy (iCBT) are two alternative approaches that can be helpful in alleviating depression, but they differ in how they ‘work’. See previous Mental Elf blogs about iCBT for depression and self-guided iCBT for some useful background reading. Of course exercise is done in many different settings and styles too; people can do it individually, with a friend, or as part of a group. The nature of depression means that people may struggle with having the motivation to continually engage in exercise or to complete an online course, and so having someone to assist and encourage may help in sticking with self-help.

The idea behind the study was to see how alternative treatments compare to usual care/treatments for moderate depression, and to also monitor effects over a long period. 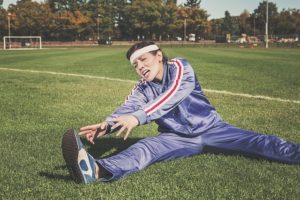 Exercise is one ‘alternative’ approach for treating depression (shellsuit and sweatbands optional).

The authors recruited adults from six areas of Sweden through referrals via primary healthcare services. People were invited to take part in the study if they scored 9 or above (indicating they were currently experiencing ‘moderate’ depression) on the Patient Health Questionnaire, a screening questionnaire for assessing depressive symptoms. These adults were then further checked for eligibility through a diagnostic interview and additional questionnaires. Eligible adults who chose to participate (945 in total) were then randomised (through a computer-generated list) into one of three groups:

Participants were asked to attend 3 x 60 minute exercise sessions each week for three months. Their attendance was measured through a weekly meeting with a trainer or physiotherapist; through swipe in/out information from participants’ membership cards (needed to enter the class); and data from activity watches worn by participants.

The primary measure of depression severity (Montgomery–Åsberg Depression Rating Scale – MADRS) was completed with a clinician or research assistant, and secondary measures assessed overall health status, employment status, alcohol and tobacco use. Measures were completed before the treatment (baseline), at post-treatment (3 months after baseline) and at follow-up (12 months after baseline).

Before the treatment, all three treatment groups were similar in terms of gender, employment status, and depression severity, and most participants were categorised as having both anxiety and depression. Just over a quarter (27%) were taking antidepressants during the study.

Data were analysed quantitatively, which also involved some secondary analyses involving participants who scored 1 or more Standard Deviation (SD) below the mean, and analysing those who had concurrent depression and anxiety at baseline.

Participants’ data were analysed through the intention-to-treat approach, with 141 participants (14.9% of sample) dropping out. Here’s how participants used the treatment approach they were randomly assigned to over the 3 months:

The severity of depression had significantly decreased in all three groups at post-treatment and at follow-up. The largest decreases were seen at post-treatment, with the iCBT group showing a larger effect size (g=0.66) than the exercise group (g=0.57). This trend significantly continued at the 12 month follow-up, although the effects were smaller (iCBT g=0.46; exercise g=0.24). Unfortunately the paper does not report effect sizes for the usual care group.

Mean differences in MADRS score at 12 months were 12.1 (iCBT), 11.4 (Exercise) and 9.7 (usual care). There were no significant differences between the three groups in the number of participants who had reduced their baseline MADRS score (depression) by 50% or more. 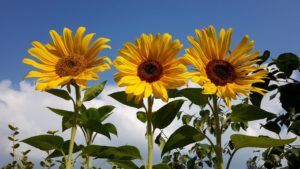 All three groups reported reductions in depression over time.

This study appears to be well-designed and thought-out, and it has been interesting to see how different treatments (which in this study did involve contact with someone else, but might not do outside a trial) compare to what would be provided through usual mental healthcare pathways.

The findings provide some support for these two different approaches in treating and managing depression, compared to what patients receive through the usual pathways. All approaches (including what is provided in usual care) were associated with improving depression, both at short term (three months) and being maintained at longer-term (12 months), however a slightly larger effect was found for iCBT.

Both the exercise and iCBT groups involved contact with someone else, which may have helped sustain participants’ motivation in taking part. Likewise there could be many reasons why adherence was different across the groups, such as those in the iCBT group could access the course from their own home and didn’t require any face-to-face meetings. The exercise classes may have required participants to have a different kind of effort to attend, and the authors also speculate that people in this group may have done exercise by themselves outside of these classes. It would be interesting to look into what aspects of each approach helped facilitate changes in depression; for example, the group nature of the exercise classes may have provided some social support, which has been found to have positive associations with physical activity (Trost et al. 2002). Likewise the authors acknowledge that better outcomes have been found with structured and supervised classes.

The comparison group was usual care that participants could chose (or not) to access. Participants in this group did vary in the type of professional help they sought out and how often they accessed it, and just over a quarter didn’t use any professional psychological help. It may be that the different types of treatments (or none at all for some) in usual care could account for the slower pace of improvements in this group.

I’m also unsure as to why there were subgroup analyses involving a 1 SD cut off: I’m not an expert on statistics so find this tricky to understand, and cannot see an explicit explanation about the reasons this was done.

The authors mention that a small number of participants withdrew from the study as they weren’t happy about the group they had been randomised to. This is an interesting reason for dropping out of a study and I hadn’t previously seen it mentioned in other research. It provides a bit of ‘food for thought’ about what could be done for participants who don’t like the condition they’ve been randomly allocated to. Likewise it would also be useful to explore preferences for different types of treatments for depression. 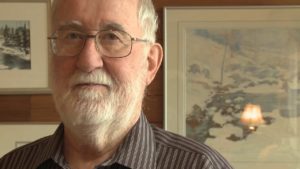 This paper includes some “fancy statistics”, which Dave Sackett always said should make us suspicious at all times.

The iCBT program used in this study had relatively minimal weekly input from a clinician, and greater degrees of support have been associated with better outcomes in iCBT studies (Johannsson & Andersson, 2012). If practitioners are considering recommending iCBT to patients, consideration is needed in how much (if at all) support a patient receives in using the iCBT program.

Even though the adherence rates were low for the exercise group, the findings from this study (and others) do suggest physical activity can help in the management of depression. Exercise on prescription is offered by some NHS services to help those with common mental health issues access structured physical activity. However people with depression may not want to visit their GP for their mental health, so we may need to think about how people can be helped to access exercise.

Findings from another paper suggest no differences in depression severity from three exercise groups (Helgadóttir B, et al., 2016) and a previous Cochrane review didn’t have enough information about which exercise regimes were best for depression. 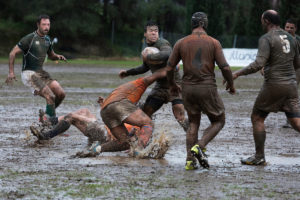 Does the type of exercise we engage in have a different impact on depressive illness?