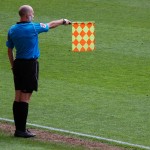 Mindfulness-based interventions are moving more and more into the spotlight and we have been covering them extensively on the Mental Elf (for example, see our 2015 Mental Health Awareness Week blog for a review of the evidence).

Relapse prevention in depression appears to be one of the areas where mindfulness interventions, more precisely mindfulness-based cognitive therapy (MBCT), are particularly effective. In fact, a year ago we covered one of the largest randomised controlled trials (RCTs) comparing MBCT accompanied by support to taper or discontinue antidepressant medication (MBCT-TS) with maintenance antidepressants (mADM) for relapse prevention in depression – the PREVENT trial (Kuyken et al., 2015). The PREVENT trial found no differences between the two arms for time to relapse or recurrence of depression over 24 months.

However, a new large trial recently published in the British Journal of Psychiatry (BJP) casts a fresh view on this issue. Huijbers and co-authors (2016) set to investigate whether MBCT accompanied by discontinuation of antidepressant medication was non-inferior to MBCT plus mADM. 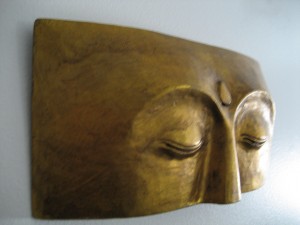 Before we move on to discussing the actual study, it is important we clarify the difference between a superiority trial and an equivalence trial or a non-inferiority trial. In the former, the objective is to determine a clinically relevant difference between two interventions. In this sense, the PREVENT study was a superiority trial because the authors set out to show that MBCT-TS would fare better than mADM for preventing relapse in depression. Conversely, in an equivalence or non-inferiority trial, the objective is to prove that a new intervention is neither worse nor better (equivalence) or simply non-inferior (non-inferiority) than another established intervention. This distinction is not just academic, but it involves important implications about how data are analyzed and interpreted. 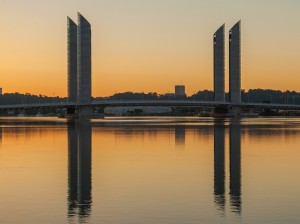 In a non-inferiority trial the objective is to prove that a new intervention is not worse than another established one.

The authors conducted a multi-centre non-inferiority RCT with the hypothesis that MBCT with discontinuation of mADM would be non-inferior, in other words would not lead to an unacceptably higher risk of relapse and recurrence, compared to the combination of MBCT and mADM.

The study protocol was registered beforehand (ClinicalTrials.gov: NCT00928980). Initially, the authors intended to conduct a three arm trial of MBCT alone, mADM alone and their combination. However, since this proved too difficult because of patients’ strong treatment preferences for mindfulness, the authors conducted two parallel trials. One was the non-inferiority trial published in the BJP and covered here. The other, reported elsewhere, was a superiority trial comparing MBCT+mADM versus mADM for patients who did not want to give up their medication (Huijbers et al., 2015).

Patients were recruited in 12 secondary and tertiary psychiatric outpatient clinics across the Netherlands between September 2009 and January 2012. Patients could take part in the trial if they were Dutch speaking adults with a history of at least three depressive episodes according to the DSM IV,  in partial or full remission (i.e., not currently meeting criteria for MDD), and currently treated with antidepressants for at least 6 months. Individuals with bipolar, psychotic or current alcohol and drug dependency were excluded, as were individuals undergoing recent electroconvulsive therapy, who had previous MBCT or extensive mindfulness practice or who were in psychological treatment more frequent than once every 3 weeks.

Statistical analysis included both intent-to-treat/ (ITT; all randomised participants) and per protocol analyses (PP; only adherent participants defined as having attended four or more MBCT sessions). A major difference between non-inferiority and superiority trials is that for the former, per protocol analyses are more conservative, while for the latter, ITT analyses are more stringent. Consequently, it is recommended both are reported and non-inferiority is proven for both (Christensen, 2007). The authors calculated the one-sided 95% confidence interval (CI) of the difference in relapse/recurrence rates between the two groups. To conclude non-inferiority, the upper margin of the 95% CI (the maximum difference between groups within this 95% CI) should not exceed the non-inferiority margin of 25%. 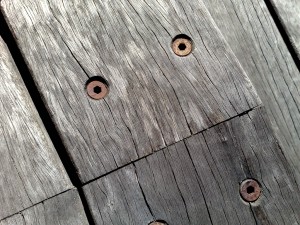 In both intent-to-treat and per protocol analyses, the difference in relapse/recurrence rates exceeded the non-inferiority margin.

The findings of this effectiveness study reflect an increased risk of relapse/recurrence for patients withdrawing from mADM after having participated in MBCT for recurrent depression.

They also speculated that the discrepancy between the results of this trial and PREVENT might be explained by the fact that in the latter the withdrawal process was part of the MBCT intervention in a more controlled way (i.e., at the same time for all participants) than in the current trial where mindfulness groups were mixed, so there may have been more support to use mindfulness skills to accept the symptoms accompanying discontinuation of medication.

The main strengths of this trial include the fact that it was adequately powered, methodologically solid in terms of design, implementation and data analysis, as well as transparently reported. It was also delivered in a real-world setting, thus enhancing the practical relevance of its results.

One major limitation involves the lack of blinding of outcome assessors.

MBCT is not yet ready to replace maintenance antidepressant medication for relapse prevention in depression, at least not in real-life settings, which are really the ones that count. 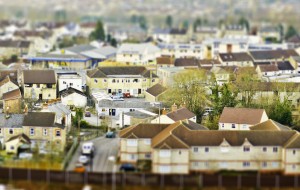 At least in real-life settings, mindfulness-based cognitive therapy is not ready to replace maintenance antidepressants for depression relapse prevention.