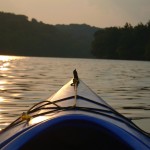 Mindfulness-Based Cognitive Therapy (MBCT) has gained traction as a therapy for the many people whose lives are blighted by recurrent depression. As a potential alternative to antidepressants or other proven talking therapies, MBCT has the dual attractions of apparent clinical efficacy and cost effectiveness (Kuyken et al, 2015).

As a therapy that has really developed over the last twenty years or so, a time during which momentum has gathered behind proving through research the evidence base for therapies, MBCT has a considerable number of research papers (especially well-conducted randomised trials) behind it in comparison to other models of therapy.

Aims of the paper

The purpose of this meta-analysis was to pull together findings from high quality randomised trials where MBCT was compared to usual care or other active treatments for recurrent depression, and then to look at:

Both of these objectives are fitting for a meta-analytic approach and in essence can be explored in a relatively straightforward fashion. The second objective of exploring moderator variables requires more thought, as it depends what data has been collected in the original studies. As a moderator variable of interest might be the number of depressive relapses an individual has experienced at the point of therapy, Kuyken et al suggest that the number of depressive relapses has been associated with MBCT efficacy already, with MBCT targeted at people presenting with three or more past episodes of depression. This made it likely that the samples in the studies being analysed by Kuyken et al would feature individuals with relatively high numbers of relapsing episodes, which potentially could be linked to other individual level factors that cannot be accounted for in the meta-analysis. For example, an individual may have a physical health condition triggering the relapses (Richards, 2011) which may not (or may) be alleviated by MBCT or another intervention. 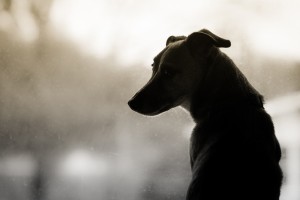 This study focused on MBCT to prevent further depressive episodes in people who were currently well, but had a history of recurrent depression.

Kuyken and the research team involved in this work conducted a wide literature search for peer-reviewed research for randomised trials of MBCT against another therapy. They found ten suitable papers, and from these they were able to access individual level data in nine cases. They wanted individual data to properly investigate demographic factors that could act as moderators on outcome.

It is a shame that the tenth study could not be included, since the comparator treatment was psychotherapy, and the sample size was considerable (203). Details of the nine included studies are provided in a table, which draws attention to the variation in baseline levels of depression symptomatology across the studies. Kuyken et al take care to clarify that these nine papers were the only English language studies available for analysis.

The nine studies were grouped in analyses of MBCT or non-MBCT, and by MBCT or active treatment, looking at an outcome of relapse within 60 weeks (although this is not explained, presumably this allows for 8 weeks of treatment and then a year as a post-treatment period).

Potential demographic moderator variables that could be analysed were gender, age, relationship status and level of educational attainment, whilst severity, onset age and number of past episodes of depression were tested as psychological moderators, alongside mindfulness rating at the commencement of treatment.

The authors ran one and two stage meta-analyses, which means they looked at both individual level data and then at aggregated data. A fixed effect approach was used for the analyses of individual level data; it is worth noting that there was some variation in study sizes, with Kuyken’s own study being the largest by a considerable distance, and that the ‘same population’ assumption made in fixed effect models might be questionable, especially given that this meta-analysis is actually designed to look at demographic moderator variables.

Hazard ratio calculations were performed for both the one and two stage meta-analyses comparing MBCT to other treatments. Modelling approaches to the demographic moderator variables were employed using an outcome of the time period to depressive relapse. 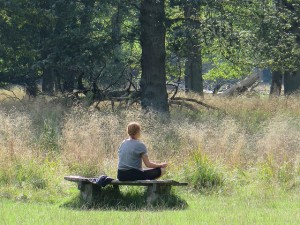 There’s been an explosion of interest in mindfulness in recent years, both from the general public, practitioners and researchers.

Not only does MBCT reduce the risk of relapse for the year following treatment for people with recurring depression, it does so relatively successfully in comparison to all types of non-MBCT treatment tested in the nine studies (HR = 0.69), with a specific hazard ratio of 0.77 when compared to antidepressants.

The MBCT v. non-MBCT finding means, for the collective samples across the nine studies:

In terms of moderator variables, only level of depression at the start of therapy was found to be linked with MBCT-group outcomes. The finding that the effect of MBCT on reducing risk of relapse is strongest for those with the highest depressive symptomatology at the start of therapy is a difficult finding to interpret, and the authors do not venture any possible reasons. It could be that individuals experiencing the greatest impact of depression on their lives may have the strongest motivation for engaging in a ‘new’ therapy but reasons for this finding are not explored in the paper.

More broadly, risk of relapse across all individuals was found to be linked to initial depression severity, age of onset, number of past relapses, relationship status and mindfulness level at the start of treatment. Why the other four factors cease to be significant moderators when only MBCT care is examined is not clear.

Another finding which is reported but not really discussed is how the level of risk of relapse in the 60 weeks after therapy alters in a different way for people who have received MBCT and people who have received non-MBCT. The latter group have a much greater risk of relapse soon after therapy than in the 40-60 week period. Why this would be the case, and why this is not seen in the MBCT group, is a finding that perhaps deserves further attention.

In terms of methods and research quality, Kuyken et al flag up inconsistencies in the reporting of adverse events and on past depressive episodes in the papers they analysed. 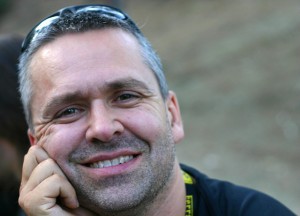 When compared with active treatment, mindfulness-based cognitive therapy resulted in a reduced risk of depressive relapse within a 60-week follow-up period.

In conclusion, this meta-analysis indicates that MBCT is an effective therapy for people with recurrent depression who have experienced several relapses, particularly those with pronounced residual symptoms.

In terms of the quality of the studies included in the meta-analysis, the authors followed Cochrane Collaboration and PRISMA guidance as well as the criteria laid out in a meta-analysis conducted by Piet & Hougaard (2011). A detailed table of their own decisions about the risks of bias is provided, but the additional mention of the quality analysis conducted by Piet & Hougaard (2011) of six of the included studies may have been taken because of Kuyken’s allegiances to MBCT given his prominent role in the mindfulness community. By effectively placing some of the scrutiny into the hands of external researchers, the authors seem to have taken a tactical step to avoid any accusations of bias. This may be particularly important here as most of the authors have potential conflicts of interest, although these are openly declared.

One of the added bonuses of gathering individual level data from each study from a reader’s perspective is knowing that a second round of scrutinising has occurred, and that both parties of researchers will have strong reasons for making sure their data recording is accurate and up to inspection. There is a thorough probing too of the meta-analyses used and the assumptions which have been made. What might have been useful would have been more detail on the ‘treatment as usual’ in each study; although readers can of course investigate the initial studies themselves, some brief information in the table of studies would have been welcome.

Some potential moderators could not be analysed because they were not collected in all the studies, including ethnicity, employment and social class. The authors usefully suggest future trials of MBCT make sure to record such information. 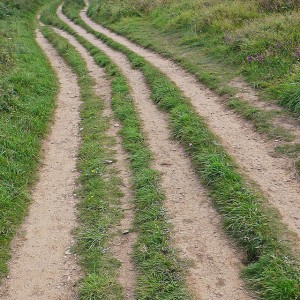 Should mindfulness-based cognitive therapy be added to depression pathways as a treatment choice for people with relapsing depression?

A very readable open access editorial by Richard J. Davidson accompanies the meta-analysis in JAMA Psychiatry. That’s a good starting point for anyone who wants to learn more, as is our audio podcast interview with Willem Kuyken.