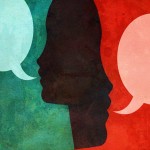 I have been procrastinating about writing this blog for a while. This is, in part, caused by hesitancy about involving myself in the CBT for psychosis (CBTp) debate.

Regular readers of the Mental Elf will be aware that in recent months Jauhar and colleagues presented results of a meta-analysis that called into question the effectiveness of CBTp (Jauhar et al, 2014).

More recently, the findings of Morrison et al’s study of CBT for un-medicated psychosis were published in The Lancet (Morrison et al, 2014). Morrison and colleagues considered the results to be an endorsement of CBTp, but their conclusions were questioned by members of the Mental Elf team (Tomlin et al, 2014).

I was first trained in CBTp as a trainee clinical psychologist. Since then, I have seen people who seem to have benefitted from CBTp and some whom it does not seem to have helped. As a jobbing clinician, working regularly with people with psychosis, I currently find myself in a bit of a quandary. The evidence for CBTp is contested and debated yet recently updated NICE and SIGN guidelines continue to recommend its use. I had hoped that the paper I have been asked to review might help me to think about this aspect of my clinical practice since it seeks to explore service user perspectives on their experiences of individual CBTp, an extremely important group of stakeholders. 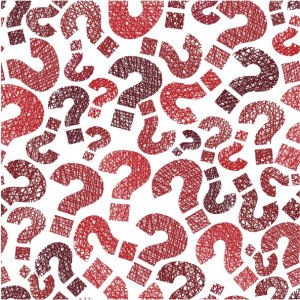 What do you think about this methodology? What are the strengths and weaknesses of this approach? Share your thoughts in the comments section below.

A systematic review of the qualitative literature (Wood et al, 2013) was conducted using “thematic synthesis”. This is a recognised method of synthesising qualitative research. Appropriate inclusion and exclusion criteria appear to have been used, along with appropriate search terms to find the research. Six studies were further analysed and the quality of studies was assessed. Complete results sections from the 6 papers were considered to be data.

A three stage process was used to synthesise the data: The warmth, genuineness and informality of the therapist were all key components required for therapy to be successful

The authors suggested that their paper builds on a previous thematic synthesis of service user experiences of CBTp.

The authors propose that the theme of facilitating change suggests that there is agreement between service users and CBTp clinicians about the active components of therapy:

These findings support the use of well explained and clearly outlined applications of change mechanisms in CBTp.

The theme “challenges of applying CBTp”, highlighted that a number of demands made of service users that CBTp therapists should be aware of. The authors suggest that adaptations should be made to mitigate the effect of these demands.

In my view, a key limitation of this review pertains to generalisability. In many qualitative traditions, small sample sizes are sought and an ideographic approach is used. Generalising from such small samples is explicitly discouraged in approaches such as interpretive phenomenological analysis (IPA). Synthesising data in the way in which the authors have, seems to imply that pooling of the data enables generalisability to a wider population. I am not sure that it does. Fifty-five service users contributed to the systematic review and there is likely to have been some kind of selection bias. Although the results are interesting I think it is important that they are treated with a degree of caution. 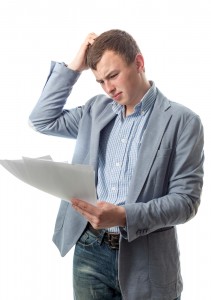 How generalisable are the results of this review to other people with psychosis?

In addition, many qualitative approaches encourage the use of reflexive inquiry. That is, some kind of awareness of the researchers’ contribution of meaning to the research process. I think a reflexive account would have been most helpful in the present study as the authors (in my view) are not disinterested observers of the data; they are vocal proponents of CBTp. It is difficult to see how this stance could not have influenced their interpretation of the data.

A final limitation concerns transparency. It was difficult to determine how the studies were included in the review. It is normal practise to present some kind of flow diagram detailing the stage at which studies were excluded from the analysis and the reason why. This was absent from the review. Similarly, there was very little information about the quality ratings assigned to the papers and a very brief description about the synthesis process. The review would have been strengthened by greater transparency.

The authors highlight the greatest strength of the paper: that it explores service user experiences of CBTp. I agree that this is incredibly helpful information but I think that some caution needs to be exercised until similar qualitative studies are conducted with participants who have not benefitted from CBT.

I remain in my quandary about CBTp.

Tomlin A, Badenoch D. Pilot study suggests that CBT may be a viable alternative to antipsychotics for people with schizophrenia, or does it? Mental Elf, 6 Feb 2014.

... and 7 more
Try out our members features!