Home » Posts » Treatment » CBT » Psychotherapies for depression in children and adolescents: all of equal IMPACT? 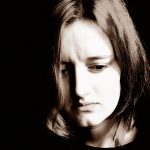 Depression in children and adolescents is a public health concern, because many young people with depression experience significant psychosocial impairment and poor long-term outcomes, such as recurring episodes of depression, greater rates of other mental health problems and suicide attempts, and poor functioning in school or in later employment (Fergusson et al, 2002). Therapy may avert these poor outcomes.

The aim of the recently published IMPACT trial was to compare the effectiveness of different types of treatment for adolescent depression, particularly in reducing depressive symptoms long-term (i.e. up to a year after treatment completion). 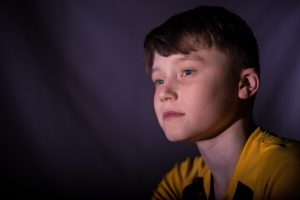 Depression in children and adolescents is a public health priority.

Participants in this trial were 470 adolescents, aged between 11 and 17 years, who had been referred to NHS child and adolescent mental health service (CAMHS) clinics in three regions of the UK (East Anglia, North London and North West England). The most common symptoms that these young people experienced were sleeping problems and depressed mood. More than half of all patients also had suicidal ideations. Approximately half of patients had other psychiatric problems alongside their depression, such as anxiety disorders.

All patients who met diagnostic criteria for unipolar depression were eligible to participate in the trial, unless they:

Patients who met the inclusion criteria were randomised to receive one of three therapies:

All types of treatment included parental involvement and additional sessions for parents. In addition, some people were prescribed antidepressants over the course of the treatment; approximately one third of each treatment group.

Follow-up assessments were conducted approximately two months after patients had completed treatment, then again at around 6 months and then once more, 12 months after completion.

There were two main results:

There were a couple of interesting side findings: 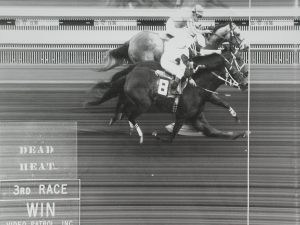 Short-term psychoanalytical psychotherapy and brief psychosocial interventions were both about as effective as CBT in this study.

This study has several implications. First, the interpretation of findings is somewhat complicated by the fact that this study did not have a control group of people who did not undergo therapy (this would be unethical in a trial of adolescent depression). This is important particularly for depression, because it often has an episodic course, meaning that people may experience reductions in symptoms as time passes without any intervention. To somewhat make up for the lack of a control group, the authors compared their patients’ remission rates with those from control group participants in other trials. When comparing these rates, they still show that the therapies in this study were superior, but the effects were a little less impressive (i.e. approximately 1 year after therapy, 61% of patients in a control condition recovered from depression, whereas across treatments in this study, 77% did). One interesting detail is that patients also experienced reductions in symptoms of anxiety, which tend to be less episodic compared to depression. However, without a control group, the findings have to be interpreted with caution.

The type of CBT delivered in this study may have been less effective than the type of CBT used in other trials that demonstrate efficacy. Looking at the IMPACT adherence scales and the manual used for CBT, we can see that the IMPACT model was more didactic, less youth friendly, and possibly had less emphasis on shared agenda setting or therapist active listening and observation, both of which are considered to be core elements of high quality CBT.

It was somewhat unexpected that CBT did not come out as the superior therapy, because it has a strong evidence-base and has previously been shown to produce better outcomes than other therapies. It is possible that in a group of adolescent patients with quite severe symptoms (these were patients that had been referred to specialist treatment, which presumably means that they had more severe and difficult-to-treat symptoms), differences between therapies disappear.

It is interesting that all types of treatment led to improvements, despite fairly large differences in their content. As the authors discuss, this may be due to them sharing the same mechanism (e.g. perhaps it is simply beneficial for a patient if they have someone to sit with and talk to) or each therapy having its own beneficial effect. It will be interesting to see future research that examines this question further.

Finally, even though the majority of participants saw improvements in their symptoms, many adolescents’ depression (about a third) did not resolve. In addition, it is known that even young people with psychiatric symptoms below the diagnostic thresholds have poorer long-term functional outcomes compared to those without symptoms (Copeland et al, 2015). These findings remind us that more personalised work is needed to design mental health interventions that work for every young person. 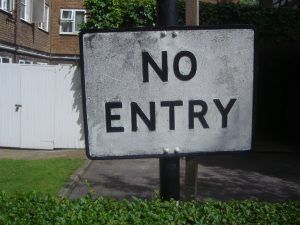 This research suggests that there are a number of evidence-based therapies available, if only services had the funding and capacity to deliver them.

[The supplementary materials (PDF) include more detailed descriptions of each therapy].

Last reply was February 22, 2017
Try out our members features!