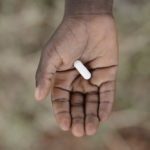 Antidepressants such as selective serotonin reuptake inhibitors (SSRIs) are frontline treatment for depression. Prescriptions of antidepressants have more than doubled in the last decade according to figures from NHS Digital.

When coming off of antidepressants (cessation), individuals can experience withdrawal syndrome. This can highly resemble the symptoms of depression, such as low mood and feeling suicidal. This can make people feel that they are relapsing and become depressed again, which can in turn lead to them starting back on their antidepressants when actually they are not needed.

Previous (controversial) research has found that when given a scale to describe the withdrawal effect severity, nearly half of people choose the most extreme option (Davies & Read, 2018). Further, the discontinuation period (the 14 days after cessation) has found to be associated with a 60% increase in suicide attempts (Valuck & Orton, 2009). Moreover, patients are hesitant to stop antidepressant use due to the aversive nature of the withdrawal syndrome.

The distress caused and risk of long-term unnecessary medication use make it important to minimise withdrawal symptoms. The National Institute for Health and Care Excellence (NICE) therefore recommends that antidepressants should be tapered (reduced), for between two to four weeks before complete cessation, rather than abrupt discontinuation. However, studies have shown that tapering for up to two weeks has no benefits compared with abrupt discontinuation (Tint, Haddad & Andersont, 2008), suggesting perhaps longer tapering regimens are required to best reduce distressing withdrawal symptoms from antidepressants.

A recent ‘personal view‘ published in The Lancet Psychiatry by Dr Mark Horowitz and Prof David Taylor reports on their work examining the PET imaging data of serotonin transporter occupancy by SSRIs, which  found that “hyperbolically reducing doses of SSRIs reduces their effect on serotonin transporter inhibition in a linear manner”. This blog is a summary of that paper. 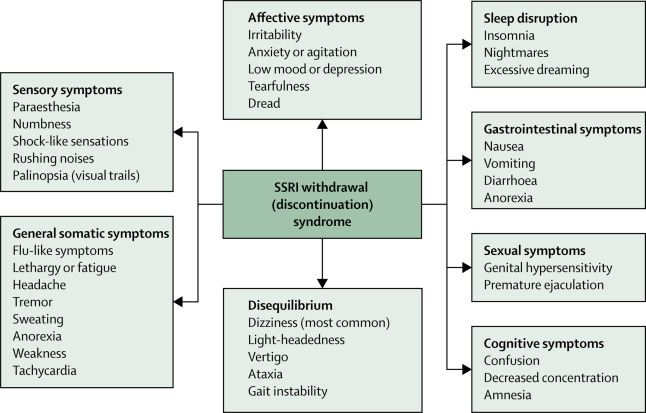 Neurobiology and management of withdrawal

During withdrawal antidepressant medication is reduced so there is less serotonin in the brain. The brain is used to having a higher amount of serotonin and so this change disturbs the equilibrium in the brain. Slowly reducing SSRIs means the brain will have more time to adapt to this slower amount of serotonin and this will reduce the severity of symptoms. Therefore, a pause is recommended between reducing the dose of medication.

What happens in the brain during SSRI withdrawal?

SSRIs work by stopping serotonin transporters bringing serotonin back into the nerve cell. This leaves more serotonin to be transferred around the brain.

When SSRIs are stopped there is no additional serotonin and so some of the benefits of having extra serotonin stops. The deficiency of serotonin and other brain chemicals can also play a role in withdrawal. There is less serotonin interacting with the receptor that is involved in motor sickness, and this may play a role in the nausea and dizziness that is a symptom of withdrawal syndrome. There is also less serotonin involved in the system of the body controlling heart rate and digestion, which may explain some other symptoms of withdrawal syndrome.

Does everyone experience SSRI withdrawal?

Withdrawal symptoms are more common when SSRIs are given in high doses or for long periods of time. Not everyone will have SSRI withdrawal. There are differences in patients (like our genetics) that determine withdrawal effects. If patients start taking SSRIs again after discontinuing them, their symptoms generally stop within 24 hours, but they may not need the medication anymore. The key phrase to remember for clinicians when tapering SSRIs is “go slow as you go low!” Most importantly, tapering should be an individualised process as there may be differences in withdrawal symptoms in different patients. 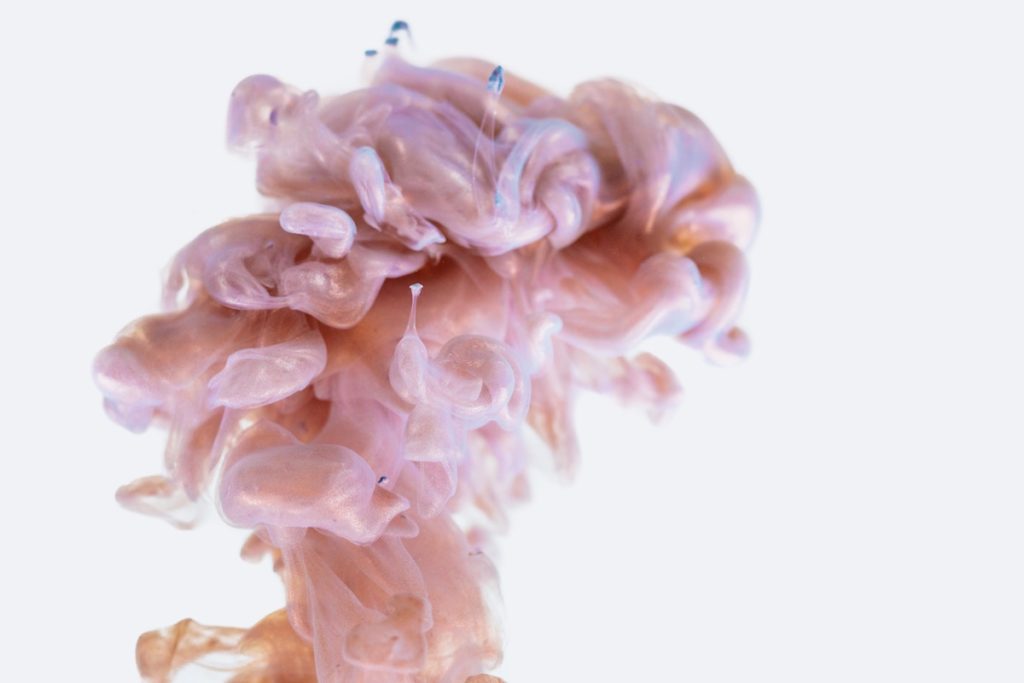 The brain acts uniquely and withdrawal symptoms are different for everyone.

The authors highlight the problems with current guidelines for coming off antidepressants and offer an alternative solution, based on the biology of the drugs themselves and how they work on the brain. Reducing the dose of medication more slowly at the end of withdrawal and over a longer period appears to be a safer option. This could prevent many people who have recovered unnecessarily staying on antidepressants due to the effects of the short sharp withdrawal methods suggested by current guidance. Having reached a level of recovery where medication no longer feels necessary, it may be empowering for people to successfully maintain wellness, so guidance that can ensure withdrawal does not “send people backwards” is critical.

Any improvements to the extremely unpleasant antidepressant withdrawal symptoms for people experiencing depression are welcomed. However, in context this guidance has been suggested without testing the method. Future research should put their suggestions to the test, through comparing the experiences of service-users withdrawing from antidepressants using the authors method against the experiences of those withdrawing from antidepressants using current guidelines. Future psychology research is also needed to design talking therapies that can help people stay well after coming off antidepressants and to develop their own strategies to cope with symptoms if they return. 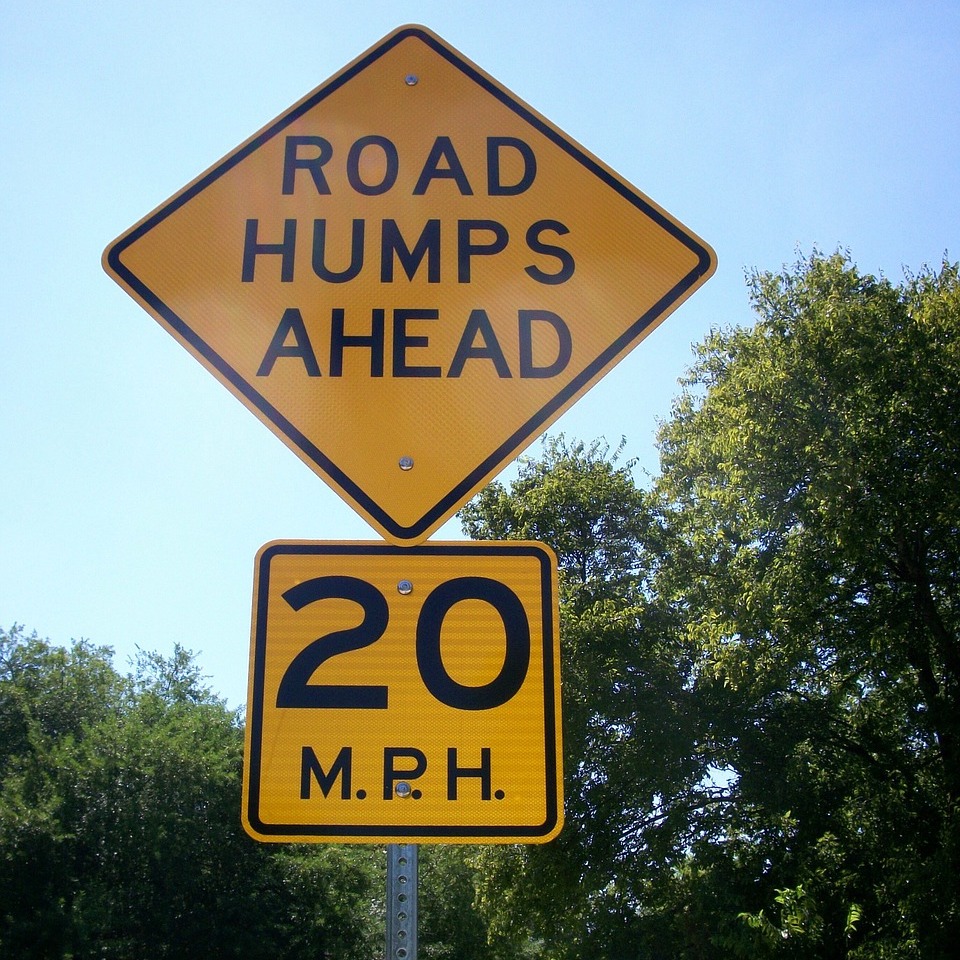 This evidence supports the view of many patients who have struggled to withdraw from antidepressants: “go slow as you go low!”

The approach taken by Horowitz and Taylor (2019) is applicable to clinical practice because it provides suggestions for clinical guidance that have the wellbeing of service-users at their heart. The suggested model is plausible based on the scientific evidence provided and can help guide clinical practice for the withdrawal of different psychiatric medications that are frequently used. The suggested clinical approach provides a closer doctor and service-user relationship during the withdrawal period, which constitutes a more personalised approach.

However, the medication that the article deals with can have different (withdrawal) effects and do not all follow the same neurobiology, but the authors of the article do not provide different guidance for different types of SSRIs. Moreover, it might be challenging and not feasible to change current clinical guidance before doing a larger trial has been conducted; identifying the exact mechanisms and approaches that might improve the patient’s withdrawal experience.

Lastly, many patients have a long waiting time to reduce their medication, and the long time periods involved in tapering the medication might be frustrating.

Overall, this approach is very interesting for future clinical guidance, but more research should be conducted to explore the underlying mechanisms and feasibility for clinical practice. 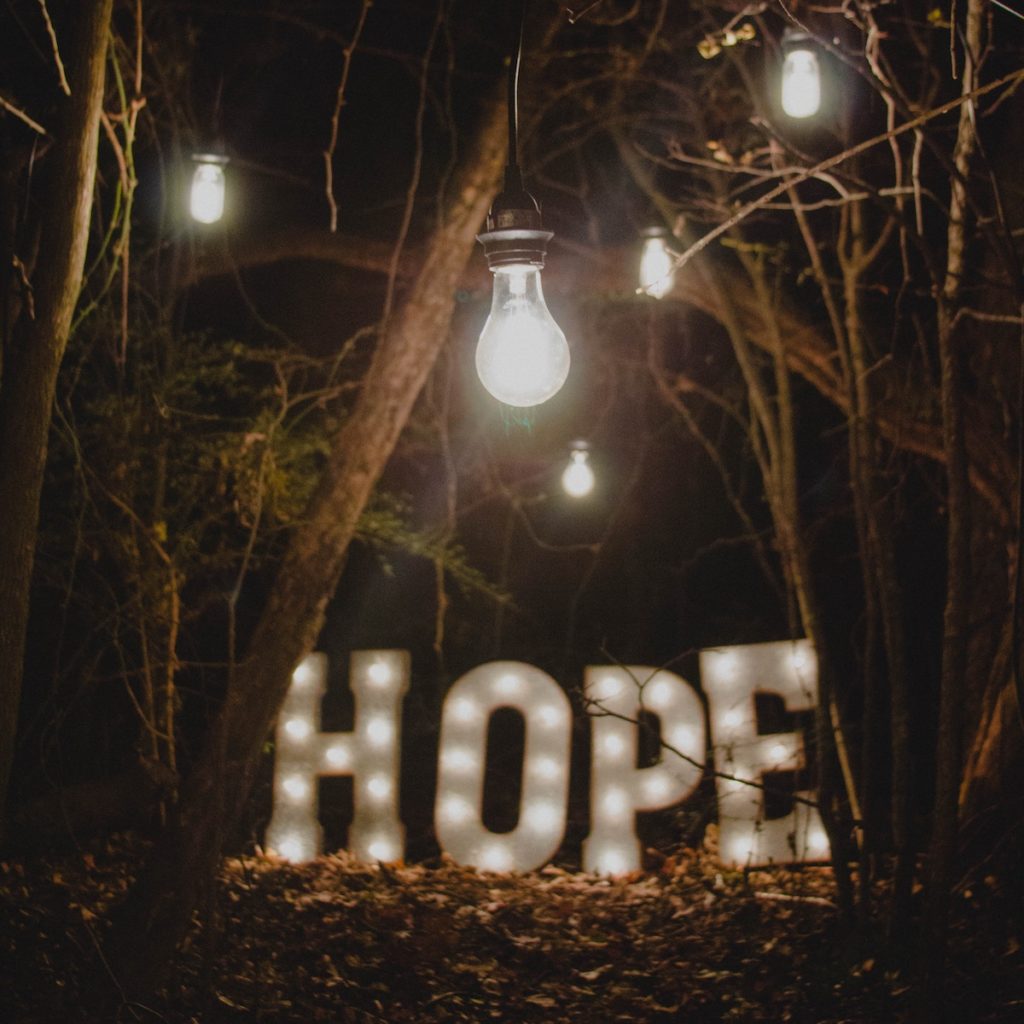 Countless patients report struggling to withdraw from antidepressants, so this evidence provides hope for many.

Antidepressant withdrawal: reviewing the paper behind the headlines