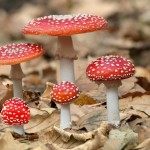 As a young elf, I studied ‘medicinal chemistry’; in these courses I learnt about the physiological responses and withdrawal effects produced by many toxic compounds such as alcohol.

As a slightly older elf, at medical school, I learnt about the dangerous reality and possible life-threatening emergencies that accompanied these withdrawal effects.

Then, during psychopharmacology lectures, I learnt about ‘discontinuation effects’ that could result from an abrupt alteration in dose of drugs such as antidepressants. The difference between ‘withdrawal’ and ‘discontinuation’ appeared to be that one was induced by me, as a doctor, whereas the other was owing to addiction.

As an older elf and practicing doctor, I witnessed people ‘discontinuing’ from medications. For example, patients experienced the feeling of electric shocks passing through their bodies after missing two doses of Paroxetine. Again, I wondered about the distinction between ‘discontinuation’ and ‘withdrawal’.

So, it was with some interest that I glanced through a recent table of contents for Psychotherapy and Psychosomatics and saw an Editorial and special article discussing the phenomenon of withdrawal effects and selective serotonin re-uptake inhibitors (SSRI) antidepressants. The distinction between ‘discontinuation effects’ and ‘withdrawal effects’ seems to be that one is medically induced whilst the other is owing to addiction.

The systematic review by Fava and colleagues aimed to review available literature relating to the phenomenon of SSRI withdrawal effects. The editorial by Chouinard comments on the findings and proposes a classification system for SSRI withdrawal syndromes.

Fava and Gatti conducted a systematic search of the literature; seeking to identify any paper that referred to SSRI antidepressants and withdrawal or discontinuation effects in its title, abstract or keywords. They included papers that gave examples of at least one discontinuation effect and included a variety of methodologies, e.g. randomised control trials (RCTs), case control studies and single case reports. Clinicians need to add SSRI to the list of drugs potentially inducing withdrawal symptoms upon discontinuation, together with benzodiazepines, barbiturates, and other psychotropic drugs. The term ‘discontinuation syndrome’ that is currently used minimizes the potential vulnerabilities induced by SSRI and should be replaced by ‘withdrawal syndrome’. Antidepressant withdrawal can be associated with unpleasant ‘electric shock’ sensations.

Both articles use the term ‘withdrawal’ over ‘discontinuation’ advisedly. Fava and colleagues argue that the increasing recent adoption of the term discontinuation is an artefact, at least partially owing to the interest of the pharmaceutical industry, and an emphasis on suggesting that antidepressants do not induce addiction or dependence. The idea of discontinuation symptoms can also be seen as underplaying the severity of these events.

Yet it can be argued that many of the clinical and physiological manifestations of antidepressant action are not dissimilar to those seen in addictive substances such as alcohol (Fava and Offidani 2011). Addiction is associated with a sense of social stigmatisation, however, and it is uncomfortable to discuss in the context of clinical practice.

Chouinard and Chouinard propose diagnostic criteria to classify antidepressant withdrawal according to the nature of the effects observed, including:

They propose that such classification considers only phenomena emerging after 6 months of continuous treatment, although it is noteworthy that the review by Fava and colleagues identified withdrawal symptoms after only 2 months of treatment. Both sets of authors comment on the importance of careful distinction between withdrawal effects and the mis-diagnosis of relapse phenomena.

In their commentary, the Chouinards describe a series of case reports wherein the withdrawal effects are minimised through the use of long acting antidepressants such as Fluoxetine, or co-prescribing of benzodiazepines such as Clonazepam together with the use of psychotherapies such as CBT. They also recommend that, unless there is a direct clinical indication, Paroxetine be avoided entirely.

Fava and colleagues, however, comment on the lack of evidence at present for such approaches and caution against the use of new prescriptions that may prolong withdrawal and cessation efforts.

Discussing the idea of withdrawal effects in antidepressants is complex and uncomfortable. However, the described review clearly demonstrates the existence of the phenomena, and also the lack of research addressing this issue directly. Given the frequency with which these drugs are prescribed and discontinued, this is particularly disturbing.

I am particularly concerned by the lack of evidence to suggest that my own practice of gradual discontinuation over a period of weeks to months is no guarantee against preventing these effects. More research is desperately needed in order that we can adequately grapple with this issue. Is a gradual discontinuation of antidepressants, over a period of weeks or months, sufficient to ensure that withdrawal effects do not occur?