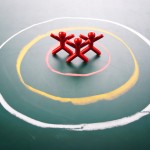 The now widely acknowledged rationale for interventions to support carers has been accompanied by an ongoing search for cost-effective interventions (Victor, 2009; Parker et al., 2010; NHS England 2014; Smith et al., 2014). Arguably, the introduction of carers’ right to their own assessments under the Care Act 2014 (HM Government, 2014) in combination with further reductions in public spending will drive and extend this search for the foreseeable future.

This paper is based on an American study which aimed to assess the effectiveness of a new programme within the New Hampshire Family Caregiver Support Program entitled the Transitions In Caregiving Program (TIC). It is a multicomponent intervention programme which aims to support carers of older adults to continue to provide care for the care-recipient in the community.

The focus of the programme is on relieving carer levels of burden and depression and improving wellbeing using a person-centred and evidence-based approach. Examples of the types of interventions offered within the programme are information about community services, counselling, funding for respite care, and referral for education and support groups 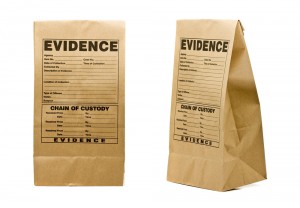 The Transitions in Caregiving programme is evidence-based and person-centred.

Using convenience sampling of those who self-presented for services, the researchers established a relatively large sample comprising 418 carer and care recipient pairs. The study was made up of 2 phases. The second took place 6 months after the first. Both carers and care recipients were interviewed in each phase.

A comprehensive tool was developed for the project which measured:

This tool also gathered data on:

The study produced both quantitative and qualitative data.

Following analysis of this data, the findings related to two specific groups of carers – older adult children carers and older spousal carers – and suggested that they experience and respond to caring differently.

Some of these differences could be accounted for by other factors, including work and other caring responsibilities. However, amongst the most significant differences were that adult children carers experienced poorer mental health well-being and increased burden. They also reported their care recipient had higher rates for feelings of depression and hopelessness.

Interestingly too, whilst both groups requested a wide range of services, the types of services varied between the two groups indicating that that these two groups valued different types of multicomponent support.

Furthermore, having choice over the level and type of support empowered the carers in the study and reduced their feeling of burden. 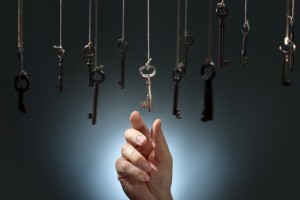 Having choice over type and level of support improved carer feelings of empowerment.

The authors concluded that carers need to have autonomy in decisions about interventions to reduce carer burden.

Support offered also needs to be individualised, multicomponent and flexible, thereby strengthening the case for a move away from ‘one-size-fits-all’ programmes and interventions

This study is to be commended for providing in-depth information about the effects of a change in carers support programme on both carers and care recipients. That its findings relate to older adult children carers and older spousal carers is yet another strength; within ageing societies, these are two of the fastest growing carer groups (Carers UK, 2015). Evidence about cost-effective support for these carers therefore has relevance for demographic changes in the changing carer landscape .

Although the paper is clearly written and thoroughly referenced, many of the references are relatively dated and US-focused. This detracts from the overall impact of the findings as many aspects of this area of research about interventions have moved on significantly in the past decade.

Additionally, the focus on the US leads to a missed opportunity to relate the issues raised within the paper to wider international developments around care policies, most notably around person-centred and evidenced-based approaches.

In order to make a wider contribution to existing knowledge, the study needed to be located within carer support interventions more broadly. In connection with this last point, there is no consideration of those carers who do not present for help. Given that it is estimated that as many as many as half of all carers do not own the term (Lloyd, 2006) the implications of the findings for carers who do not self-identify could have been addressed. 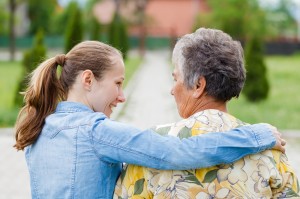 The research has messages for caring in the future, particularly about the types of intervention that can help both care-giver and care-recipient.

Despite its US-centricity, the emphasis on a person-centred and evidence based approach certainly has relevance for UK practice.

Additionally, the paper has messages for caring in the future – about the types of interventions that can help those who will be key groups of carers – namely older adult children carers and older spousal carers.

The way forward is to extend the value of this study by ensuring that it is incorporated into the international body of evidence about carer interventions to develop the evidence base further. As with so much of carer research, there is also a need to ensure the growing body of evidence is strategically and systematically disseminated. It is only through such dissemination that the potential of such studies to impact positively on social care practice with carers can be realised.

Victor, E. (2009) A Systematic Review of Interventions for Carers in the UK: Outcomes and Explanatory Evidence. Essex: The Princess Royal Trust for Carers. [Full Text]