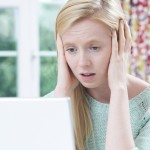 Bullying can take many forms from physical violence, to verbal insults, spreading rumours and excluding people from activities. It takes a physical and emotional toll on victims, the effects of which can persist after the bullying itself stops.

Surveys in the UK indicate that up to half of primary school pupils and one in 10 secondary school students have been bullied (Royal College of Psychiatrists).

The proliferation of social media and other forms of communication, such as texting, have created a new medium for bullying, which is termed “cyberbullying”. It is estimated that around 38% of young people have experienced cyberbullying (NSPCC).

A new survey by North American researchers, published in JAMA Pediatrics, sought to identify the association of cyberbullying with mental health and substance misuse. Additionally authors sought to determine the protective effect of family support, in particular through family meals, for young people exposed to cyberbullying. The UK government estimates that just over 1 in 3 young people have experienced cyberbullying (Source: NSPCC).

The survey was distributed electronically to 20,385 young people in 49 middle- and high-schools in a Mid-Western US state. Participation was voluntary and anonymous. Parents were informed about the survey 4 weeks in advance so that they could review the survey and could opt out. The survey response rate was high, with 90% of students in most districts participating. The explosion in technology and social media make cyberbullying an easy offense to commit.

The final sample included 18,834 participants. 1,551 cases were excluded where complete cyberbullying data was unavailable. Compared with the remaining sample, excluded cases were slightly older (15.3 vs 15.0 years; p=<0.001), included fewer girls (35.9% vs 50.5%; p=<0.001) and included fewer low-income students (10.1% vs 19.2%, p=<0.001). The removal of these cases did not affect the overall demographic of the final sample. Due to technical problems, the drunkenness and binge drinking questions were only administered to 6,454 students, but this subsample did not differ from the remaining sample on demographics. The survey reported that 6% of adolescent respondents had experienced cyberbullying in the last year.

Cyberbullying uniquely relates to internalizing, externalizing, and substance use problems in adolescents. The associations are not explained by involvement in traditional (face-to-face) forms of bullying. However, their strength is moderated by the frequency of family dinners.

Further study is needed to identify other paths through which social support can protect adolescents from the risks associated with online bullying. Many readers will be unsurprised to hear that the family contact and communication typical at shared mealtimes are beneficial to adolescent mental health, and may help protect young people from the harms of cyberbullying.

The independent not-for-profit organisation Child Trends is keen to dispel some myths about bullying:

Support if you are experiencing cyberbullying

Royal College of Psychiatrists (RCPSYCH). The emotional cost of bullying: information for parents, carers and anyone who works with young people. http://www.rcpsych.ac.uk/healthadvice/parentsandyouthinfo/parentscarers/bullyingandemotion.aspx

Last reply was February 10, 2015
Try out our members features!