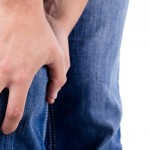 When the keep-fit Elf was on holiday recently her replacement introduced us to a new exercise. We all enthusiastically participated in the ‘power lunges’ (more like wobbling really) but over the next few days the front of my knee hurt climbing stairs, kneeling or bending down. What was wrong? Would exercising make it worse? How could I prevent it happening again? I consulted the Elf library and found this review. 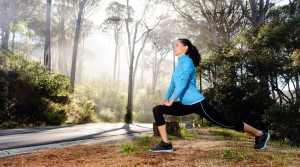 This condition is known as Patellofemoral Pain Syndrome (PFPS). It is the most frequently diagnosed knee complaint in patients younger than 50 and covers all problems related to the anterior part of the knee. The causes are multifactorial, although a brief period of overuse or increase in knee activity is commonly reported by most people with PFPS. The aim of this review was to identify risk factors to help develop prevention programmes.

The authors searched electronic databases up to November 2010 for prospective studies that contained a minimum of 20 participants with PFPS and examined at least one possible risk factor for PFPS. The authors considered papers written in English, German, French, Swedish or Dutch.

Seven studies involving 243 participants and examined 135 variables as potential risk factors for PFPS. Pooling of data was only possible for 13 variables: height, weight, BMI, age, Q-angle (Horton & Hall 1989), and 8 measures of knee strength (peak torque for the knee extensors or flexors). They noted most of the risk factors examined were biomechanical and neuromuscular, not structural or static such as lower extremity mal-alignment.

“being female and having lower knee extension strength (for both men and women) may be risk factors for the future development of PFPS.”

Importantly the authors noted that none of the studies adhered to the ‘rule of ten’ which suggests that at least 10 individuals should be included for each variable considered (Peduzzi et al. 1996). This reduces the confidence of the findings of each study. Furthermore several of the risk factors were identified from single studies. Furthermore as noted in a previous blog by The Musculoskeletal Elf the absence of a standardised definition of PFPS meant participants were not truly comparable and may partly explain the lack of agreement between studies.

For me returning to an exercise class was important, I can’t change the fact I’m female but the study findings suggest that improving my knee strength will help prevent further episodes – but I’ll stick to static lunges using the wall bars until I’m less wobbly…