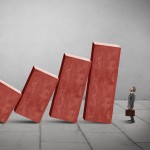 It is now well-established that mental illness significantly contributes to a reduced lifespan, as evidenced by longitudinal studies (Harris & Barraclough, 1998; Lozano et al, 2013). Extraordinarily, there is now data showing that mortality rates are getting worse over time (Hoang et al, 2011). A global study spanning 187 countries, aptly titled the Global Burden of Disease Study (which we featured last year on the Mental Elf), found that between 1990 and 2010, there was an increase of 94,000 premature deaths secondary to mental illness, producing a total of 232,000 (Whiteford et al, 2013).

It is worth noting that three quarters of these deaths were related to substance abuse, sadly often comorbid with mental illness and likely to increase the risk of suicide (Najt et al, 2011). In fact, suicide is a common cause of death in this population generally, and is more prevalent in countries with advanced healthcare systems (Whiteford et al, 2013).

Altogether, it’s clear that mortality rates amongst the mentally ill are a significant concern, and the challenge to preventive medicine is to increase the efficiency in delivery of evidence-based medicine to those with substance abuse and mental disorders. Part of the challenge is identifying exactly which disorders present the greatest risks and hence where resources should be prioritised.

Unfortunately, the last review attempting to evaluate this was conducted 16 years ago (Harris & Barraclough, 1998), making it an appropriate time for an update. Published in June of this year, an article in World Psychiatry by Edward Chesney and colleagues presents just that (Chesney et al, 2014).

With the increase in evidence over recent decades and contrasting estimates in meta-analyses, an updated review is required. This will enable clinicians to prioritize interventions based on the comparative risks of mortality across disorders, researchers to identify where gaps exist in the literature, and commissioners and policy makers to target resources more effectively. To find pooled all-cause mortality and suicide statistics between January 1, 1998 and February 19, 2014, the authors conducted a meta-review, which is a review of many systematic reviews and meta-analyses. Systematic reviews encompass many studies selected according to strict criteria, while meta-analyses statistically analyse findings taken from studies all examining the same thing. If this sounds at all confusing, it’s because meta-reviews are a bit like scientific Russian dolls, presenting a summary of findings from many other summaries of findings, hence the ‘meta’ bit!

Interestingly, the literature search was conducted using Google Scholar. While some would certainly frown on using the academic arm of Google’s empire (Giustini & Boulos, 2013), recent studies have shown it to be capable of producing search results comparable (or better) to those of more dedicated scientific databases such as PubMed (Gehanno et al., 2013; Shariff et al., 2013). Perhaps we are witnessing a changing of the guard for future literature searches?

Each review was rated using the Assessing the Methodological Quality of Systematic Reviews (AMSTAR) measure, a way of empirically gauging the quality of a review according to eleven yes/no criteria.

Extracted from these reviews and meta-analyses were different estimates of mortality associated with mental illness. Most studies employed Standardised Mortality Ratios (others used Relative Risk or Odds Ratios). A number higher than 1.0 represents increased numbers of observed deaths in those with a mental disorder than would be expected in healthy populations.

After exclusions, 20 systematic reviews and meta-analyses were included, covering 20 disorders, over 1.7 million individuals, and over a quarter of a million deaths.

Seven out of 20 reviews had a low quality rating score, 12 had a medium score, and only one achieved a high quality rating. Common omissions were lack of testing for publication bias, not searching grey literature (i.e. not published in a journal, such as government reports), and not having two data extractors. This meta-review pooled data from many systematic reviews and meta-analyses about all-cause and suicide mortality in mental disorders.

Gaps in the literature

Substance misuse and anorexia had the highest all-cause mortality ratios. This may well be the first meta-review of all-cause mortality and suicide risks in mental disorders conducted so far. It would appear that all of the major disorders, bar those for whom data was not available, carry a substantial mortality risk on a par with or greater than heavy smoking, significantly reducing life expectancy and increasing the risk of suicide. These findings are staggering, particularly when using heavy smoking as a benchmark.

The study is also rather broad in scope (necessarily). All-cause mortality covers death relating to any possible cause, which includes suicide but also lifestyle-related physical illness (e.g. obesity is common in schizophrenia). It would be fascinating to know the different causes of death overall, as well as by disorder.

We’re only beginning to understand the link between physical and mental illness for example, and to date this remains a chicken and egg-like quandary, e.g. chronic stress appears to have an immunosuppressant effect, which in turn may factor into the onset of mental illness (Capuron & Miller, 2011). Teasing apart the causal relationships and specific risk factors in each disorder would be hugely impactful, if only to help change the perception that mental illness is somehow less important than physical illness, as this review clearly demonstrates is not the case.

Undoubtedly, this review is a stepping stone onto more fine-grained work and a call to arms for funders and researchers in preventive medicine.

Many severe mental health conditions are associated with bigger reductions in life expectancy than heavy smoking.

Last reply was September 5, 2017
Try out our members features!