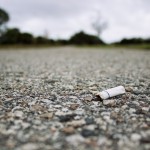 Smoking is one of the leading preventable causes of illness, disability and premature death worldwide. The global mortality attributable to smoking is 5 million people annually and increasing.

In the general population levels of smoking are on the decline, however this pattern is not seen in those diagnosed with psychiatric illness. The prevalence of smoking amongst adults will severe mental illness is approximately 53%.

Each of these treatments show beneficial effects on smoking cessation alone, or in combination. Furthermore, they are associated with low risk of side effects and demonstrate overall cost-effectiveness. Despite a substantial evidence base for their effectiveness in the general population, these treatments are under-utilised in people with serious mental illness; possibly due to concerns around their tolerability.

In a recent study published in Addiction, the authors set out to examine the efficacy and tolerability of adjunctive pharmacotherapies for smoking cessation in adults suffering from serious mental illness. Pharmacotherapies included bupropion, varenicline and NRT delivered alone or in combination. 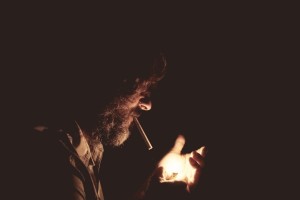 Over half of people with severe mental illness are smokers and smoking in this group is not declining as it is in the general population.

In order to be eligible for inclusion RCTs had to assess adult participants with any form of serious mental illness (a non-organic disorder with psychotic features that results in disability), compare pharmacotherapies to one another or a placebo and contribute data to the efficacy or tolerability outcome. Efficacy was a sustained smoking cessation outcome, i.e. abstinence for 6 months or more, however if 6 month data was not available the longest reported time-point was used. The tolerability outcome was the rate of discontinuation from the trial due to any adverse event.

Following initial searches, 17 study reports were included; containing a total of 14 RCTs. It’s worth noting that the results of the SCIMITAR RCT, which used tailored interventions including pharmacotherapy, were not included in this review and meta-analysis, as it was published too recently (2015) to be included.

The quality of all the RCTs was rated as very low, with most studies providing no information about randomisation or allocation concealment.

Nine trials contributed to the efficacy meta-analysis, with a total of 356 participants.

* Note: CrI stands for Credible Interval, which is different from a Confidence Interval. Find out more here.

There were no significant differences between treatments in terms of their acceptability: 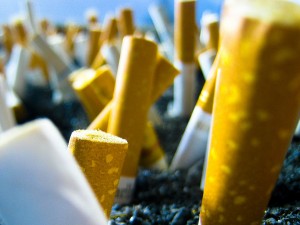 Both bupropion and varenicline were more effective than placebo, but the overall quality of trials included was very low.

Both bupropion and varenicline are effective and tolerable pharmacotherapies for smoking cessation in adults with a serious mental illness. Whilst both were superior to placebo, they did not differ from each other. Furthermore, both treatments were considered acceptable and did not lead to increased dropout rates. These findings suggest that more focus should be given to psychopharmacological treatments for smoking cessation in those with a serious mental illness.

There were several limitations to this study:

An informative commentary on the published paper sums up the current research well by stating:

Individuals with serious mental illness want to quit and can quit with evidence-based cessation medications and counselling support…The conclusion that bupropion and varenicline are efficacious medications is an important clinical finding.

Nevertheless, large scale focused RCTs are required to build upon this promising finding. 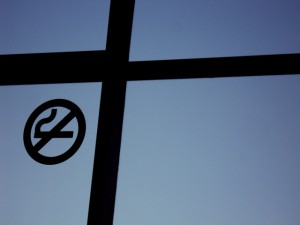 This review is promising, but as the SCIMITAR trial suggests, bespoke interventions (including drug therapy) may be the best way to support people with severe mental illness to become smoke-free.