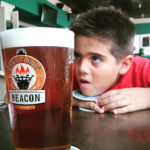 Alcohol misuse in young people is a specific focus on the agenda of the World Health Organization (WHO, 2010). Alcohol use is typically initiated in adolescence (WHO, 2010) and carries high levels of risk, such as risk of dependence, physical harms and cognitive impairment (Hall et al., 2016).

Parents have been identified as vital in preventing adolescent alcohol misuse and the identification of key parenting factors is vital in the development of successful interventions. 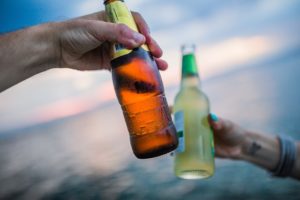 Alcohol use typically starts in adolescence and can lead to dependence, physical harms and cognitive impairment.

A total of 131 longitudinal studies were included, with 416 associations. Studies had a minimum follow-up period of one year.

There were a diversity of methodologies and analyses across studies, meaning not all effect sizes could be extracted and only a subset could be included in the meta-analyses. Meta-analyses were conducted for specific factors when there were at least two independent studies available. Authors used r for effect size as it was most commonly reported in studies (rs were interpreted based on Cohen’s guidelines with 0.10 indicating a small effect).

To determine reliability of associations across all studies authors used Stouffer’s method of combining p-values, a technique used when there is a heterogeneity in analytical approaches.

Factors with a sound convergent evidence base:

Factors with an emerging evidence base:

Factors with a weak evidence base:

Moderation effects were tested when there were at least four associations available with meta-regression analysis (follow-up interval and baseline age) and subgroup analyses (adolescent gender and outcome measure).

Follow-up interval moderated the association for five parenting factors (favourable attitudes towards alcohol use and family conflict on initiation, parental support and parental involvement on later use/misuse and parent child relationship on both initiation and use/misuse), with smaller effect sizes for longer intervals, indicating parenting can have long term influences.

Baseline age moderated the association for three parenting factors (family conflict and parent-child relationship quality on initiation and parental involvement on later use/misuse). Studies with younger children at baseline had smaller effect sizes, although authors suggest this could be an artefact of follow-up interval, as longer follow-ups are likely to recruit children at a younger age.

There was significant moderation by adolescent gender for parent-child relationship quality and parental monitoring, with girls more sensitive in terms of risk for early initiation.

There was a significant moderation by outcome measure in the associations between favourable attitudes towards alcohol and initiation and between parent-child relationship quality and both initiation and levels of later use/misuse. A stronger association was found when frequency/quantity/binge drinking measures were used, rather than onset measures. 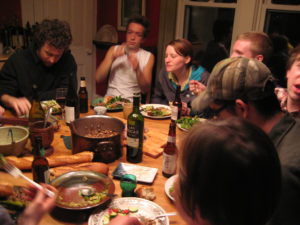 Provision of alcohol, favourable attitudes towards alcohol, and maternal/paternal alcohol use were all related to increased alcohol use/misuse in young people.

Authors emphasise that the heterogeneity across studies indicates the need for clearly defined and validated measures in future longitudinal research in this area. Overall effect sizes are small (rs = -0.224 to 0.263 and overall only accounting for 1-7% of variance). Authors recommend tailored online programmes to:

Support the translation of the sound evidence base on the various parenting factors examined here into prevention interventions to upskill parents.

This study highlights a set of parental factors that have a small but significant impact on adolescent alcohol use and should be targeted in intervention efforts. Specific factor categories can provide a framework for future research design that lends to systematic analysis. 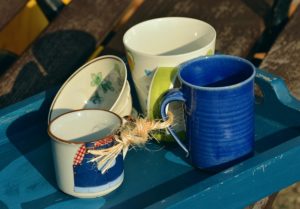 This study highlights a set of parental factors that have a small but significant impact on adolescent alcohol use and should be targeted in intervention efforts.

Last reply was October 9, 2018
Try out our members features!