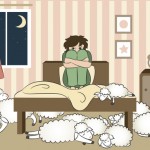 A bad night’s sleep can make the next day feel as if it should end before it has even begun. Most people (without young children or exams looming) can catch up on the occasional restless night pretty well, but roughly 30% of people live with a persistent difficulty falling asleep or maintaining sleep called insomnia. Up to 10% of people report impairment in their daily function as a result of insomnia which can contribute to poor physical health, decreased work performance and increase in the risk of accidents.

Insomnia is also associated with mental health problems; 80-90% of people with depression/anxiety suffer from insomnia and those with chronic insomnia are twice as likely to become depressed.

Cognitive Behavioural Therapy for insomnia (CBTi) has a strong evidence base for treating insomnia in the absence of co-morbid physical and mental health health problems (Riemann et al, 2009).

There have also been a few small randomised controlled trials (RCTs) examining its effectiveness for improving sleep and mental health outcomes in psychiatric populations. The recent systematic review (Taylor et al, 2014) that pulls together these studies is the subject of this blog. 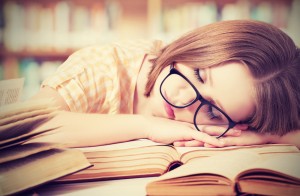 Roughly 30% of people live with a persistent difficulty falling asleep or maintaining sleep and up to 10% of people report impairment in their daily function as a result of it.

The authors used a fairly broad search strategy to identify RCTs that compared active CBTi components to a control, usually a waiting list. They only searched the PubMed and PyschInfo databases, so it’s possible that they may have missed studies published and indexed elsewhere (e.g. the Embase database).

The most commonly identified outcome measure for sleep was self-report sleep efficiency from sleep diaries (total sleep time/time in bed x 100) but studies using insomnia severity questionnaires were also included. Other outcomes measured (where validated measures were included) were depression, anxiety, post traumatic stress disorder (PTSD), alcohol use and hypnotic usage. Studies were excluded if they did not use these measures, if the intervention was sleep hygiene alone, or if their participants suffered with a co-morbid medical condition.

16 studies including 571 participants were included. There was huge variability between the CBTi component examined, the number of sessions delivered, the type of co-morbid psychiatric disorder present and outcome variables measured in these studies. 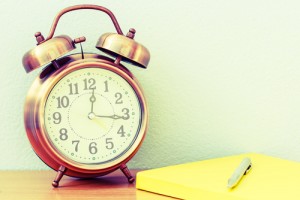 CBTi had a medium to large effect on sleep efficiency and insomnia severity for patients with any of the co-morbid psychiatric disorders examined.

On the basis of this they suggest that:

the evidence base does appear strong enough to begin using CBTi in clinical practice to augment treatment for patients with co-morbid depression, anxiety, PTSD and substance abuse.

However, I do not completely agree with all of these conclusions and here is why:

The authors attempted to consolidate all of the published literature on CBTi in psychiatric populations into a systematic review, but there were problems with their approach. Furthermore, I don’t think that all of their conclusions reflect what they actually found.

I am not convinced that CBTi should be used to “augment” treatment for co-morbid mental illness, but it could improve insomnia for people with psychiatric co-morbidities.

I also spotted that one of the studies included is their own pilot study, which gives me some insight into what the conclusions of this review may mean to them. 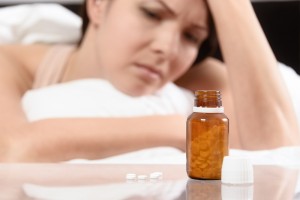 We need good access to a safe effective alternatives to hypnotic treatment as they are often used by people with chronic insomnia who are at high risk of hypnotic dependency.

Although I have a few concerns about this paper, I still think CBTi is a promising and underutilised intervention that has potential to help with a disabling and distressing symptom commonly associated with mental illness. CBTi has comparable short-term efficacy to hypnotic medications and better long-term efficacy (Riemann et al, 2009).

We need good access to safe effective alternatives to hypnotic treatments because although NICE guidelines for insomnia only recommend hypnotics for short-term use, the reality is they are often used by people with chronic insomnia. These individuals are at high risk of hypnotic dependency, especially if they suffer with a co-morbid psychiatric condition, so CBTi could be a useful alternative.

The Royal College of Psychiatrists is running a survey to understand peoples’ experiences of withdrawing from benzodiazepines after long term use, to inform a patient information leaflet called ‘coming off benzos’. If you have tried to stop or reduce any of this type of medication and you’d like to contribute, please complete the ‘coming off tranquillisers/sedative medications survey’ here.

Last reply was December 11, 2014
Try out our members features!