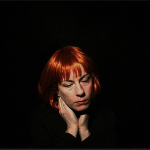 Stigma can be defined as an “attribute that is deeply discrediting” which turns a person from “a whole and usual person to a tainted, discounted one.” (Goffman, 1963, pg. 3).

Corrigan et al. (2002) have expanded on this and suggest that there are two types of stigma: public stigma and self (internalized) stigma:

Self-stigma has been associated with a variety of negative outcomes. In a systematic review conducted by Livingston et al. (2010) it was found that self-stigma was associated with poorer self-esteem, hopelessness, reduced self-efficacy and disempowerment. Furthermore, it can also serve to exacerbate existing mental health problems, increase social avoidance and impair recovery (Corrigan and Watson, 2002).

It has been argued that those with a schizophrenia-spectrum diagnosis experience greater levels of self-stigma than those with other severe mental illness (SMI) diagnoses. This is primarily due to the recognition that those diagnosed with schizophrenia are viewed most negatively by the public (Wood et al., 2014), experience the greatest amount of discrimination (Dinos et al., 2004) and encounter the most rejection (Lundberg et al., 2008). This is supported by research which has found that almost half (47.1%) of participants in a large European sample with a schizophrenia-spectrum diagnoses reported experiencing self-stigma (Brohan et al., 2010).

Given its commonality and the adverse outcomes associated with self-stigma, there has recently been an increasing interest in the development of interventions to reduce self-stigma.

Examine study quality and risk of bias of included trials, compare and contrast internalized stigma interventions for their key mechanisms of chance, and scrutinize study outcomes and measures used to assess outcome.

The meta-analysis aimed to: 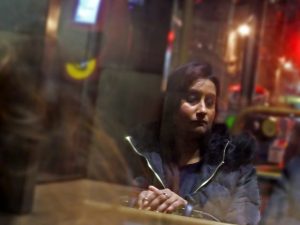 Studies were excluded if at least 50% of participants or more experienced psychosis as a secondary diagnosis or were observational. No criteria were specified in regard to severity or duration of illness.

Narrative synthesis offered a framework for structuring a systematic review which included non-RCT studies. There were four key elements to this:

Meta-analysis was used to integrate available effects extracted from the RCTs included in the review. A meta-analysis was conducted where at least two RCTs contributed to the examined outcome.

A total of 12 studies were included in the review. Of these, 7 were RCTs and 5 were controlled trials (CT) or cohort studies (CS). Only four studies included participants exclusively with a schizophrenia-spectrum diagnosis. All studies were conducted in outpatient settings and the majority of participants were male and middle aged.

Examination of primary and secondary outcomes

It is worth noting that there was very little consistency in the secondary outcomes utilised by the studies included in the review. The most frequently used were self-esteem (50%), coping skills (42%), empowerment (42%) and functioning (42%). In order to focus on the most important secondary outcomes, outcomes which had at least three or more studies contributing to an outcome were examined in the meta-analysis.

RCTs examining depression, empowerment, hopelessness, recovery and self-esteem were entered into a meta-analysis to examine the end of therapy outcome of self-esteem. No significant findings were identified.

Self-efficacy was examined by 3 RCTs; 2 found a significant improvement in self-efficacy at the end of therapy. Two RCTs with available data were entered into a meta-analysis; self-efficacy was shown to be significantly improved by these self-stigma interventions, although this was not maintained at follow-up.

Two RCTs and one CT examined insight. The CT and one of the RCTs found a significant difference in insight post intervention. The two RCTs were entered into a meta-analysis; insight was shown to be significantly improved by these self-stigma interventions, although this was not maintained at follow-up. 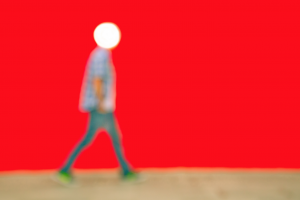 Self-stigma interventions were found to significantly improve self-esteem, self-efficacy and insight for people with a schizophrenia-spectrum diagnosis.

A narrative synthesis revealed that the most commonly used techniques in self-stigma interventions were psychoeducation, thought-challenging, connecting with peers and social skills training.

The primary outcome of self-stigma was found to be significantly improved by two CTs and one CS but was not significant in the meta-analysis at end of therapy follow up.

Whilst this study should be commended for making the first attempt to synthesize the data available from a limited evidence base focusing on self-stigma interventions for people with a schizophrenia-spectrum diagnosis, it is important to note that the study is not without its methodological flaws.

Primarily, the study is limited due to the very small number of studies included in the narrative review and meta-analysis. There were only 5 studies eligible for inclusion in the meta-analysis and these were all with small samples (N range 27-66). Further to this, those studies that were included were small in nature, which some have argued can lead to a failure to detect a modest intervention effect due to the lack of power within each of the individual studies (Borenstein et al., 2009).

The nature of the studies included is also an important consideration; through excluding non-English studies, the findings of this review are difficult to generalise outside of Western societies. Moreover, excluding studies which focus on participants with a secondary diagnosis of schizophrenia eliminates the ability to be able to compare and contrast how these interventions might work on this group of people. Despite this, the authors should be commended for including both unpublished papers and papers that are about to be published, in an attempt to avoid publication bias.

This narrative review and meta-analysis has hinted that self-stigma interventions could show promise in alleviating self-stigma in people with a schizophrenia-spectrum diagnosis.

It seems to me that we need a much greater amount of research into these issues before we can conclude confidently whether self-stigma interventions are effective for people with a schizophrenia-spectrum disorder. Future research, as the authors point out, should aim to utilise large scale RCT methods and should include outcome measures such as self-stigma, recovery, self-esteem, empowerment, self-efficacy and coping skills. 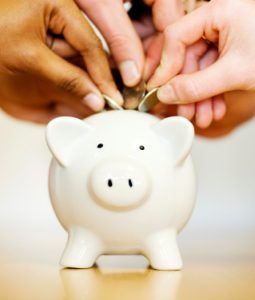 Who should be funding and leading this missing anti-stigma research?