Home » Posts » Mental health » schizophrenia » Atypical antipsychotics no better than typicals for adolescents with psychosis, but atypicals may have fewer short-term side effects 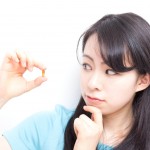 Schizophrenia is a serious neurodevelopmental disorder that often starts during adolescence. Current treatment guidelines (NICE, 2013) recommend atypical antipsychotics for adolescents with this condition, but this is based largely on studies of adults with the condition.

The Cochrane Schizophrenia Group conducted this systematic review to synthesise the current evidence base for atypical antipsychotic medication in adolescents with schizophrenia. This was done because it is questionable whether the findings from adult studies can and should be generalised to adolescents in this way.

The authors included all relevant randomised controlled trials which involved adolescents aged 13-17 with schizophrenia or related disorders. They searched the Cochrane Schizophrenia Group Trials Register, which is compiled by systematic searches of major databases, hand searches and searches of conference proceedings. It also includes studies in languages other than English.

To assess trial quality, the reviewers followed the standard Cochrane Collaboration protocol. They also contacted study authors in those cases where details of randomisation or other characteristics of the trial were unclear or not provided.

13 studies with a total of 1,112 adolescent participants were included in the review.

Trials were grouped into four groups, depending on which control treatment was used: Adolescents may respond better to standard-dose as opposed to lower-dose risperidone, but for aripiprazole and ziprasidone, lower doses may be equally effective

This was a well-conducted systematic review in an area of crucial clinical importance.

The reviewers conclude that more research is needed in this area. The review only found 13 trials that fulfilled the quality criteria, which in itself is not an especially low number. However, nine of these trials were extremely small (between 17 and 60) so that their results need to be interpreted with caution.

The review raises several issues with regard to research in this area. It advocates standardising the reporting of side effects, stating that comparisons across studies were difficult because side effects were not reported in a consistent way across studies.

It also points out several gaps in the current evidence base. No comparable data were available on long-term outcomes, service utilisation, economic outcomes, behaviour or cognitive responses, so the applicability of this review to clinical practice is limited. Especially as the main findings indicate no significant difference between medications, this data would be very useful for clinicians concerned with making a treatment decision.

In light of the findings indicating that atypicals are not inherently more effective than typicals, and that there does not seem to be a difference in efficiency between the different atypical antipsychotic medications, the review recommends choosing medications for adolescents with psychosis on a case-by-case basis, taking into account response or lack of response to past medications and the adverse effects mentioned. It also raises the importance of studying the effects of typical antipsychotics alongside atypicals in adolescents to be able to make truly informed treatment decisions. At the moment, there is only a study protocol for a Cochrane Review concerned with this (Datta, 2012).

Dosage seemed to be the factor that had the most influence: in the studies that compared a low dose of an atypical antipsychotic to a higher dose, a significant proportion of the participants left the study early because of lack of efficacy. The review recommends choosing drug therapy on a case-by-case basis, taking into account the response or lack of response to past medications and the side effects mentioned