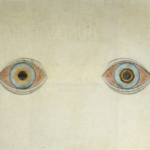 However, the way in which these symptoms themselves, their social stigma and their treatment may lead to post-traumatic stress disorder (PTSD) is a complicated issue. Psychotic symptoms fall outside of what the DSM defines as traumatic as they do not fulfil the criteria of being an “exposure to actual or threatened death, serious injury, or sexual violence”, which prevents a diagnosis of PTSD based on the experience of psychotic symptoms alone. Service users diagnosed with psychosis are likely to report prior experiences of trauma and have a co-morbid diagnosis of PTSD.

Further to this, there is the argument that psychosis itself may be a response to trauma: which accounts for the high co-morbidity between psychosis and PTSD and high levels of trauma in those diagnosed with psychosis (Morrison, Frame, & Larkin, 2003).

Genetic research also suggests that there may be overlapping genes that carry both a risk for PTSD and psychosis (Oconghaile & Delisi, 2015).

Rodrigues and Andersons’ recent systematic review attempts to gain a better understanding of the relationship between the first episode of psychosis (FEP) and symptoms of PTSD that are attributed to experiences of psychosis. Traumatic events were assessed irrespective of the DSM definition of trauma and looked to further provide insight into how trauma may arise after experiences of psychosis. 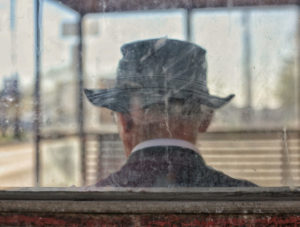 Psychotic episodes and exposure to events that are defined as traumatic according to DSM criteria can be similarly distressing.

Eligibility criteria was based on:

Studies were analysed in sub-groups based on the following criteria:

A synthesis of qualitative studies that fulfilled study criteria was also used to summarise aspects of psychosis and its treatment that were reported as traumatic.

From the initial 1,186 studies that were found, 13 studies met the inclusion criteria for meta-analysis and nine qualitative studies were included in the review. 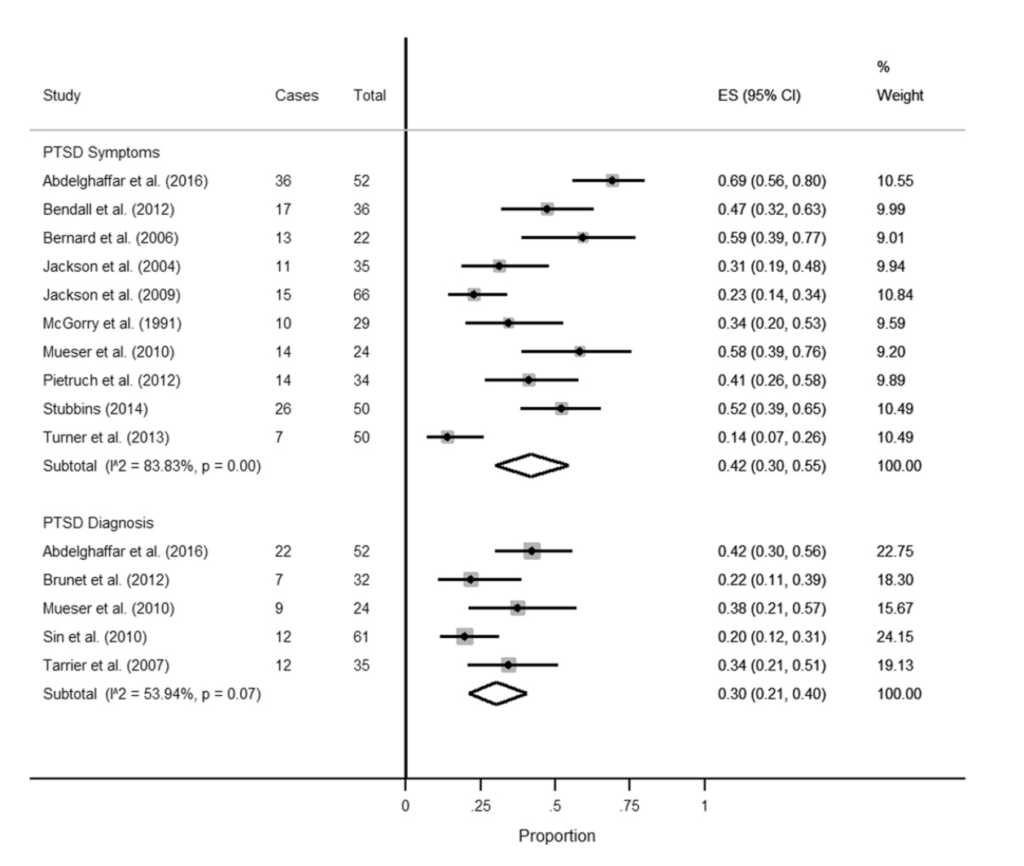 The experience of FEP – including pathways to care, hospitalization and treatment – can be sufficiently traumatic… we need evidence-based interventions to treat PTSD symptoms in the context of FEP. 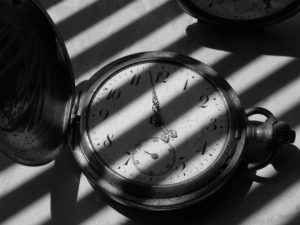 The majority of studies included were cross-sectional: longitudinal designs may be more appropriate to chart the development of PTSD in individuals diagnosed with psychosis over time.

This review provides an interesting insight into a large percentage of FEP patients that report PTSD symptoms related to their experience of psychosis or its treatment. The approach of the review challenges the idea that the definition of trauma should be restricted to life-threatening situations and include distressing symptoms associated with mental health problems. Practitioners and service users may benefit from a greater awareness of how experiences of psychosis, which fall outside of the DSM criteria for trauma, may contribute to PTSD diagnoses and symptoms.

Whether the presence of PTSD is due to FEP or other pre-existing traumas that may be triggered by FEP is something that this analysis was unable to address. What the study does do is highlight the prevalence of PTSD in FEP patients, which suggests that trauma-focused treatments in cases of FEP psychosis may improve the well-being of many FEP patients and that an awareness of how treatment can be traumatic should be considered by practitioners.

Better quality evidence is needed to understand the relationship between prior trauma, first episodes of psychosis and subsequent symptoms of PTSD: this temporal relationship would best be established with longitudinal study designs and studies that examine both trauma that is related to FEP and trauma that is not in individuals that experience FEP. The review also highlights the paucity of knowledge around risk factors that may lead to PTSD following FEP. Nevertheless, the study does support that trauma related to FEP is something that should be further considered in practice and understood as sufficient for a diagnosis of PTSD. 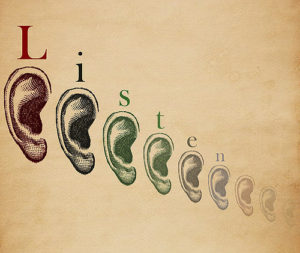 Assessments of PTSD related both to prior trauma and experiences of psychosis may improve patient well-being and give us an insight into the relationship between the two conditions.

Last reply was August 17, 2020
Try out our members features!