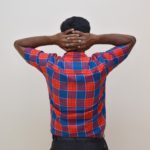 NICE guidance (2005) recommends that OCD is treated using a stepped care approach. A key part of the stepped care model is the provision of Low Intensity (LI) interventions, based on Cognitive Behavioural Therapy (CBT) and including Exposure and Response Prevention (ERP) principles.

Currently the evidence for Low Intensity interventions for OCD is unclear, as most of the research included in the 2005 NICE guidance on low intensity treatment for OCD was in fact attenuated CBT delivered by CBT therapists over a few sessions, rather than by Psychological Wellbeing Practitioners (PWPs). Previous trials have indicated that supported self-help may be an effective treatment for OCD (Lovell et al., 2005).

The aim of the OCTET (Obsessive Compulsive Treatment Efficacy Trial) was to: 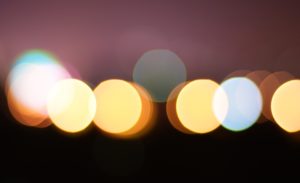 Currently the evidence for Low Intensity interventions for OCD is unclear.

Participants were included for the study if they were:

Participants were excluded if they:

The trial interventions were:

cCBT was delivered using the commercially available OCFighter program (cbtc.co.uk), which contains 9 steps. Participants were advised to use the programme at least six times over a 12-week period and received six 10-minute support telephone calls which focus on risk assessment, progress review and problem-solving.

GSH was delivered using the ‘Overcoming OCD: a workbook’ (Lovell & Gega, 2011), which focused on Exposure and Response Prevention (ERP) principles. Participants in this condition received weekly guidance, with an initial 60-minute session and 10 half hour follow up session over 12-weeks. The focus of support sessions was to explain the workbook, help devise goals, risk assessment, support homework, progress review and problem solving.

Both interventions were delivered by 93 psychological well-being practitioners (PWPs). These are often graduates with no prior clinical qualifications and receive 12 months training that follows a national curriculum (REF) and is a mix of formal teaching and clinical practice to deliver low intensity interventions for depression and anxiety. As OCD training is outside of the remit of the national training program, the PWPs in this trial received additional training over three days in both interventions by the research team.

Fidelity to treatment was evaluated by raters who were blind to outcomes.

The primary outcome measure was the YBOC-SR and secondary outcomes included in the trial were CORE-OM, PHQ-9, GAD-7, WSAS, the IAPT employment questionnaire and the CSQ-8.

Outcomes were collected at baseline, 3 month, 6 month and 12-month follow up after randomisation. 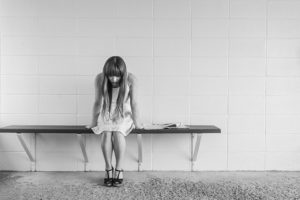 This RCT does not support the use of low intensity guided self-help or computerised CBT for people with OCD.

The authors concluded that low intensity GSH and cCBT for OCD did not provide more rapid symptom relief prior to therapist-led CBT or demonstrate significant benefit at 3 or 12 month follow up.

The authors also concluded that access to low intensity interventions prior to a therapist-led CBT led to significant reductions in the uptake of CBT treatment. However, those that did access treatment did not show any deterioration in outcomes at 12 months.

The trial results indicate that currently there is no support for the role of low-intensity interventions for OCD.

This is the one of the largest trials of psychological interventions for OCD ever conducted. The study adhered to CONSORT reporting guidelines and the trial protocol was pre-registered as were the planned analysis, so there is a high level of transparency of reporting. The trial was also conducted in a routine clinical setting and used a commercially available cCBT program, which gives this research a level of external validity.

However, there were several limitations identified by the authors in this pragmatic trial:

Firstly, there were a high number of PWP therapists in trial, which may have limited the ability to deliver the trial treatments at an acceptable level of competence and skill, as OCD treatment is not part of the core PWP training Curriculum and this may indicate that PWPs require further training in how to implement ERP based interventions effectively, as the trial training may not have met this need for the PWP population.

Additionally, the fidelity checks in the study were limited so it is not clear if the participants received the treatment as identified in either the trial conditions or the therapist-led condition. It was not possible to control the duration of the waiting list and there was an indication that the relatively rapid access to therapist-led CBT reduced any effect of the trial interventions. Also, medication could not be controlled for so the effect on overall outcomes cannot be determined. The authors also identified that the participants in this study experienced more severe symptoms of OCD than other studies that evaluated low intensity (LI) interventions and it was hypothesised that might be a potential explanation for the variation in effect between this trial and previously conducted trials.

More concerning is the low levels of treatment adherence across the trial groups. The mean number of completed sessions in both interventions was low (2.9 and 4.6 for cCBT and GSH, respectively) which was substantially lower than the planned treatment (9 steps for cCBT and 11 sessions for GSH). In effect the planned treatment was not delivered to most participants so the real effect of a full dosage of either treatment is unknown. Additionally, the planned GSH treatment appeared substantiality different to the current commissioned model of care that primary care services deliver (e.g. 4-6 sessions of LI treatment) and there are questions about the scalability of the GSH treatment in its current form. There also appears to be a negative effect of LI treatment on therapist-led treatment, which raises questions over appropriate targeting of treatment to ensure that those who would benefit from psychological intervention are not lost to attrition because of a multistage pathway. The potential harms of this observation should be explored in future research. It may be that LI interventions risk of being used as a staging area to manage therapist-led CBT, rather than being led by clinical need.

Overall the OCTET trial raises more questions than it answers regarding the role of low intensity interventions for OCD. Currently there is no indication that guided self-help or computerised CBT for OCD are clinically effective.

Is there a danger that offering low intensity interventions to people with OCD may delay or prevent patients from getting the therapist-led CBT that they really need?

Last reply was July 8, 2017
Try out our members features!