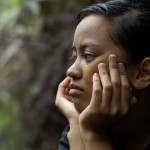 Much of the research about depression in children and adolescents focuses on how to treat the illness during the acute phase. This review from the Cochrane Depression, Anxiety and Neurosis Review Group is more concerned with the ways in which interventions can be used to prevent relapse or recurrence of depressive disorders.

The review looks specifically at two types of depression: major depressive disorder and dysthymic disorder. Only trials involving young people with validated diagnoses of these conditions were included in the analyses.

The reviewers searched a wide range of databases and found 9 randomised controlled trials (including a total of 882 patients). Unfortunately the quality of the included trials was not high. The problems included:

Currently, there is little evidence to conclude which type of treatment approach is most effective in preventing relapse or recurrence of depressive episodes in children and adolescents.

Limited trials found that antidepressant medication reduces the chance of relapse-recurrence in the future, however, there is considerable diversity in the design of trials, making it difficult to compare outcomes across studies.

Some of the research involving psychological therapies is encouraging, however at present more trials with larger sample sizes need to be conducted in order to explore this treatment approach further.