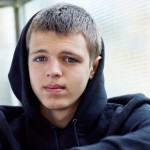 Depression is a particularly common mental health disorder, which can severely impair sufferers’ psychological, social, academic, and occupational functioning (Nature editorial, 2014; Fried et al, 2014). Adolescence is a key period of risk for the onset of depression (Avenevoli et al, 2015), yet epidemiological research suggests that only a third of adolescents with mental health disorders actually receive treatment (Merikangas et al, 2011). Thus, prevention may be a primary channel through which the population burden of depression can be reduced.

Previous research has demonstrated the efficacy of an adaptation of the Coping with Depression for Adolescents intervention (Cognitive Behavioural Prevention; CBP) for the prevention of depression in at-risk adolescents, finding beneficial effects up to 33 months after the start of the intervention (Garber et al, 2009; Beardslee et al, 2013).

A new study recently published in JAMA Psychiatry (Brent et al, 2015) aimed to establish whether these beneficial effects continued approximately six years after the start of the intervention. 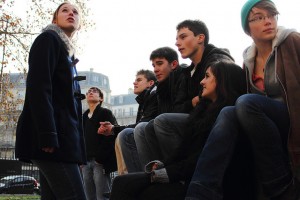 Cognitive Behavioural Prevention is a structured, group psychoeducational intervention, with a focus on the development of skills in cognitive restructuring and problem-solving.

316 adolescents (aged 13-17) at risk of developing depression were originally recruited to take part in a randomised controlled trial (RCT) of the CBP intervention at four sites in the USA.

Adolescents were defined as being ‘at-risk’ if they had at least one parent or carer (their ‘index parent’) who had experienced major depression or dysthymia in the last three years, or who had experienced a depressive disorder with at least three occurrences or a depressive episode of at least three years’ duration in the adolescent’s life. 45.4% of the index parents were experiencing a current depressive episode at the point of the adolescents’ recruitment into the trial (baseline).

4% of the adolescents were currently in remission following a previous experience of a depressive episode of at least two months’ duration, or were currently experiencing subsyndromal depressive symptoms (19.9%), or both (24.7%).

The adolescents were randomised to receive one of:

CBP is a structured, psychoeducational intervention, with a focus on the development of skills in cognitive restructuring and problem-solving (Clarke et al, 1995). The CBP intervention was delivered in eight weekly group sessions, followed by booster sessions at six monthly intervals. Parents were also offered information sessions at weeks 1 and 8.

Assessments were conducted as part of the RCT at baseline, and then at three months (end of the intervention), nine months, 21 months, 33 months, and 75 months after baseline. These assessed adolescent diagnoses of depression, onset, duration, severity, and impairment of depressive symptoms, number of depression-free days, and global functioning.

The 75 month timepoint was the focus of the present study, at which 88% of the originally recruited adolescents were assessed. Adolescent developmental competence in emerging adulthood (e.g. educational and occupational attainment, family and peer relationships) was also measured at this 75 month timepoint. 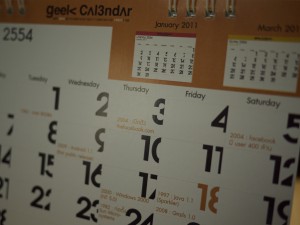 The effect of Cognitive Behavioural Prevention on new onsets of depression was strongest after 9 months.

The present study measured the efficacy of a structured, psychoeducational, cognitive-behavioural preventive intervention for depression in a large sample of at-risk adolescents, over a period of approximately six years (75 months). The minimal sample attrition achieved over such a long follow-up period is a clear strength of this study.

Analyses indicated an overall lower hazard of depression at the 75 month timepoint in the adolescents who had received the CBP intervention (versus usual care only). This appeared to have been largely driven by the positive gains made in minimising new onsets of depression during the first nine months of the trial. Thus, the authors suggest that this underscores the importance of delivering further booster sessions of the intervention to extend these early positive effects over time.

Analyses also crucially revealed that at the 75 month timepoint, the beneficial effects of the CBP intervention for the prevention of depression in adolescents (versus usual care only) were primarily present for those adolescents who did not have a currently depressed parent at baseline. In this subgroup, these beneficial effects were predominantly evident for adolescent developmental competence in emerging adulthood. Thus, the authors concluded that:

the prevention of depression is important not only for symptom relief but also for the promotion of adaptive functioning.

The authors also argue that as the CBP intervention did not appear to be effective if the adolescent’s index parent was depressed at baseline, this highlights:

the possible importance of treating parental depression, either prior to or concomitant with their children’s participation in the CBP program.

I would argue that this could actually highlight the paramount importance of ensuring that the adolescents’ parents are receiving adequate treatment for their depression. Furthermore, this could also point to a fundamental gap in the preventive intervention, which is, as the authors acknowledge, that it was primarily focused on the adolescents themselves, with minimal involvement from their parents. Evidence suggests that effective treatments for adolescent depression often include work with parents (Hughes et al, 2011). 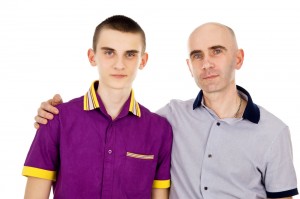 Treating parental depression may be an essential component of caring for young people who are also depressed.