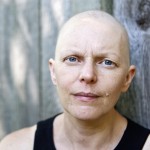 From a Woodland perspective we are often interested in the overlap between physical and mental health. In November 2014 this little elf wrote a blog summarising the work published across the Lancet journals on the prevalence of depression in a variety of cancers and the effects of integrated collaborative care.

The work being done in Oxford and Edinburgh included a new integrated treatment programme called ‘Depression Care for People with Cancer’ (DCPC). DCPC is delivered by a team of specially trained cancer nurses and psychiatrists, working in collaboration with the patient’s cancer team and general practitioner, and is given as part of cancer care. It is a systematic treatment programme that includes both antidepressants and psychological therapy. I am pleased to say that the results were very positive.

At the Liaison Psychiatry Conference in May this year I enjoyed hearing Drs Michael Sharpe and Jane Walker talk in person about the studies; looking at care for depression within cancer and also palliative care. I was therefore very interested to see that earlier this year Cochrane published their review on the evidence for use of antidepressants for the treatment of depression in people with cancer. The reviewing team included representation from Verona, Paris and London (Ostuzzi G et al, 2015).

Depressive symptoms (including subthreshold manifestations) can be difficult to detect in clinical practice; especially in patients affected by serious medical conditions, due to the overlap between medical and psychiatric symptoms. For example; fatigue, weight loss and sleep disturbances. However, as I have mentioned previously, all good Liaison Services will be able to tell you that patients with cancer and comorbid depression have worse anxiety, pain, fatigue, and functioning than do other patients with cancer. They are also more likely to have suicidal thoughts, and to have more difficulties with adherence to cancer treatments with ultimately a potential higher rate of mortality.

The objective of this new Cochrane systematic review (Ostuzzi G et al, 2015) was to assess the effects and acceptability of antidepressants for treating depressive symptoms in adults (18 years or older) with cancer (any site and stage). 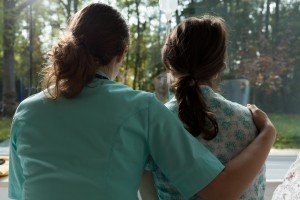 Searches were done across multiple electronic bibliographic databases: the Cochrane Central Register of Controlled Trials, MEDLINE Ovid, EMBASE Ovid and PsycINFO Ovid. Additionally, there was a hand search of the trial databases of the most relevant national, international and pharmaceutical company trial registers and drug-approving agencies for published, unpublished and ongoing control led trials.

The acute phase treatment response (between 6 and 12 weeks) was the primary outcome of interest.

The review looked at a total of nine studies with 861 participants.

Efficacy as a dichotomous outcome

Proportion of people who had depression:

No clear evidence of an effect of antidepressants versus either placebo or other antidepressants emerged from the analyses of the secondary efﬁcacy outcomes (dichotomous outcome, response at 6 to 12 weeks, very low quality evidence). 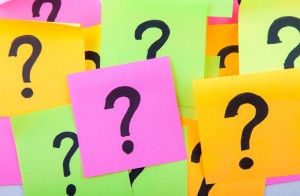 This evidence can’t tell us whether antidepressants were better than placebo at treating depressive symptoms in cancer patients after 6-12 weeks.

A Cochrane review can only ever be as good as the evidence it is reviewing. Overall the quality of the evidence was deemed very low because the included studies were at an unclear or high risk of bias due to poor reporting, risk of sponsorship bias, imprecision arising from small sample sizes (fewer than 100 individuals in treatment arm) and wide conﬁdence intervals, and inconsistency due to statistical or clinical heterogeneity.

This is reported as being consistent with the finding of a general sub-optimal reporting of RCTs in medical journals, despite the large diffusion of instruments designed to help transparent reporting, such as the CONSORT.

The GRADE methodology is a tool to provide outcome-specific information concerning the overall quality of evidence from each included study in the comparison and the magnitude of effect of the interventions examined.

The overall confidence in the estimate of effect appeared to be ’very low’ for all of the main outcomes assessed.

This judgement reflects some issues of the included studies, namely the:

In accordance with that, any estimate of effect should be considered very uncertain, and further research is very likely to change the estimate of effect and thus the degree of confidence for its applicability in routine clinical practice. 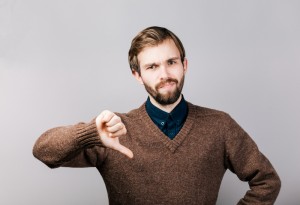 Overall, the quality of the studies included in this review got a resounding thumbs down from the Cochrane reviewers.

Despite the impact of depression on people with cancer, available studies for the use if antidepressants were very few and of low quality. This review found very low quality evidence for the effects of these drugs compared with placebo.

On the basis of these results clear implications for practice cannot be made.

The use of antidepressants in people with cancer should be considered on an individual basis and, considering the lack of head-to-head data, the choice of which agent to prescribe may be based on the data on antidepressant efﬁcacy in the general population of individuals with major depression, also taking into account that data on medically ill patients suggests a positive safety proﬁle for the SSRIs.

There is a high risk that these studies do not provide sufficient and adequate information for clinicians in real-world settings. The present review highlights the strong need for further studies, which should be conducted to high methodological standards and with the primary intent of providing clinicians with useful practical data on the effectiveness of antidepressant drugs, firstly over placebo and subsequently in head-to-head comparisons. Alongside rating scales, pragmatic outcome measures, such as quality of life and social functioning, should also be considered.

In order to increase the evidence base on this compelling issue the Cochrane team argue that large, simple, randomised, pragmatic RCTs comparing commonly used antidepressants (SSRIs, serotonin- norepinephrine reuptake inhibitor (SNRIs), mirtazapine) versus placebo should be conducted in individuals with cancer and depressive symptoms, with or without a formal diagnosis of a depressive disorder.

I would also add that this should also be in comparison with integrated treatments, such as the DCPC. In real life, we seldom work in treatment silos and in my opinion research should be able to reflect this also.