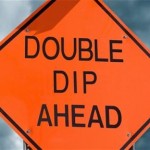 In the Woodland we are used to simultaneous broadcasts from across the Elf family and in August this year The Lancet followed suit with three papers published from the Lancet family: The Lancet Psychiatry, The Lancet, and The Lancet Oncology.

The studies were conducted by researchers at the Universities of Oxford and Edinburgh and looked into major depression in patients with cancer.

Depression and cancer: why is this important?

Major depression is a leading cause of disability worldwide and when comorbid with a chronic disease it is associated with reduced quality of life and increased health-care costs. Cancer is becoming a chronic disease for a rapidly increasing number of people; in the UK alone more than 3 million people are expected to have a diagnosis of cancer by 2030.

As all good Liaison Services will be able to tell you, patients with cancer and comorbid depression have worse anxiety, pain, fatigue, and functioning than do other patients with cancer. They are also more likely to have suicidal thoughts, and to have more difficulties with adherence to cancer treatments. I am going to give a synopsis of the three papers, and have provided the links for those wishing to look more in depth at each.

This study found that:

The Lancet Psychiatry paper presented data from patients with breast, lung, colorectal, genitourinary, or gynaecological cancer who had participated in routine screening for depression in cancer clinics in Scotland, between May 12, 2008, and Aug 24, 2011.

The study analysed data for 21,151 patients.

The prevalence of major depression was:

A diagnosis of major depression was more likely in patients who were younger, had worse social deprivation scores, and, for lung cancer and colorectal cancer, female patients.

Major depression is far more prevalent in patients with cancer.

The Lancet paper published information from the SMaRT Oncology-2 trial which is a parallel-group, multicentre, randomised controlled effectiveness trial, looking at the highlighted problem of inadequate treatment.

This evaluated the effectiveness of a new treatment programme called ‘Depression Care for People with Cancer’ (DCPC). DCPC is delivered by a team of specially trained cancer nurses and psychiatrists, working in collaboration with the patient’s cancer team and general practitioner (GP), and is given as part of cancer care. It is a systematic treatment programme that includes both antidepressants and psychological therapy.

The initial treatment phase comprises a maximum of ten sessions with the nurse (at the cancer or primary care clinic, or if necessary by telephone) over a 4-month period. After this initial treatment period, PHQ-9 scores are monitored monthly by telephone (through an automated system supplemented by nurse calls) for a further 8 months; additional sessions with the nurse are provided for patients not meeting treatment targets.

The trial, involving 500 adults with major depression and a cancer with a good prognosis (predicted survival more than 12 months) compared DCPC with usual care; as provided by a patient’s GP who may prescribe antidepressants or refer patients to mental health services for assessment or psychological treatment. Response to treatment was classified as at least a 50% reduction in the severity of their depression.

This benefit was sustained at 12 months. DCPC also improved anxiety, pain, fatigue, functioning, and overall quality of life. Moreover, the cost of providing DCPC was modest (£613 per patient) making it a cost-effective way to improve cancer patients’ quality of life. ‘Depression Care for People with Cancer’ is a systematic treatment programme that combines antidepressants and psychotherapy.

Finally, to see if patients with a poor cancer prognosis could also benefit from this approach, The Lancet Oncology published the SMaRT Oncology-3 randomised trial. This tested a version of DCPC adapted for patients with a typically poor prognosis cancer (lung cancer). Talking therapies can aid quality of life even in cancers with poor prognosis.

Larger trials are now needed to estimate the effectiveness and cost-effectiveness of this care programme in this patient population, and further adaptation of the treatment will be necessary to address the unmet needs of patients with major depression and cancer, irrespective of prognosis.

Patients with lung cancer often have a poor prognosis. If they also have major depression that can blight the time they have left to live. This trial shows that we can effectively treat depression in patients with poor prognosis cancers like lung cancer and really improve patients’ lives.
– Dr Jane Walker from the University of Oxford and Sobell House Hospice in Oxford.

Last reply was November 13, 2015
Try out our members features!