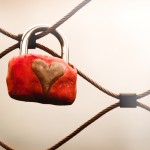 Amongst the key challenges of ageing societies is the rapidly increasing numbers of those living with dementia and those caring for them. Age is the greatest risk factor for dementia. One in five people aged over 80 have a form of dementia and the prevalence of dementia is estimated to double from about 750,000 to around 1.5m people over the next 30 years.

The current economic impact of dementia of £26.3 billion is set to rise (Alzheimer’s Society, 2014). The need to improve dementia care including quality of care, costs of care and access to care, has been highlighted in a number of recent government reports (Richards, Backhouse & Venkatasubramanian, 2014).

It is widely recognised that family carers are the most important resource available for people with dementia and are essential partners in their care (Elvish et al 2012). This recognition is reflected in the growing body of literature on dementia carers (Lloyd & Stirling, 2011). Papers on attachment theory and attachment dynamics in people with dementia and their carers were reviewed.

This review included empirical studies from 1980 to the present where the main focus of the paper was attachment theory and/or attachment dynamics in people with dementia and their carers.

A total of 303 references were identified. Detailed examination of these led to identification of 18 studies relating to attachment in the context of dementia or dementia caregiving.

The selected studies were grouped into four separate themes which are discussed. These themes are: At present there are a relatively small number of studies that examine attachment in the context of dementia.

The review indicates that attachment behaviours are evident in people with dementia at various stages as the condition progresses. These may be expressed as parent fixation or behavioural symptoms but not interpreted and responded to as such by those caring for them.

It also showed that carer’s own attachment security is important for their well-being as it provides a psychological foundation that facilitates the ability to provide support and care to others.

Neil et al.’s (2013) review provides very useful insights into the role of attachment for dementia carers. There is a body of evidence about the importance of the mutually dependent relationship between service users and those who care for them to the delivery, quality and experience of care (Larkin 2015). Hence the findings have relevance to dementia care practice and their further empirical exploration could be highly beneficial for policy and practice.

The discussion of attachment both in general and in relation to those with dementia is somewhat uncritical and uses dated literature. The authors themselves comment on the fact that their review highlighted the relatively small number of studies that examine attachment in the context of dementia.

The authors could also have been more explicit about the relevance of existing research because of when it was carried out. Furthermore when outlining methodological issues for future research, they could have emphasised the need for new research in this area much more – a missed opportunity.

Another feature of the paper that could have been developed is the discussion. This mainly focuses on those with dementia and only mentions carers once. Given the aims of the review and the findings, carers needed a higher profile and more in-depth exploration in this section. Carer’s own attachment security is important for their well-being and facilitates the ability to provide support and care to others.

This paper offers further knowledge about an issue that is central to health and social care in an ageing society –the care of those with dementia within their families. It also inadvertently draws attention to the benefits of regularly reviewing the literature about dementia care to make sure knowledge is rigorously pooled.

Such research gathering will not only make better use of existing knowledge in the search for effective interventions but can be used to inform the direction of future research, policy and practice.

Therefore, in addition to highlighting the importance of attachment dynamics within dementia caring dyads, the findings from this unique review as could serve as a springboard for developments within cost-effective, quality dementia care.

Larkin, M. (2015). Developing the knowledge base about carers and personalisation: the contributions made by an exploration of carers’ perspectives on personal budgets and the carer- service user relationship. Health and social care in the community, 23 (1) 33–41 [Full Text]