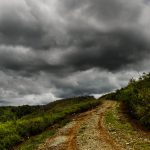 The treatment options for people with acute depression in bipolar disorder (BDd) are limited. NICE recommends 4 options if a person is not taking a drug to treat BDd or if they are at the maximum dose of lithium: fluoxetine & olanzapine, quetiapine, olanzapine or lamotrigine. (NICE, 2014)

However, many patients with bipolar depression either do not respond to treatment or have side-effects. This presents a substantial unmet need, as clinicians commonly prescribe antidepressants with controversial benefit to treat acute bipolar depression because of the small evidence base.

The general consensus in the field discourages the use of antidepressant monotherapy for the treatment of bipolar depression. However, previous meta-analyses on the topic did not distinguish between monotherapy and adjuvant therapy. Therefore, this important clinical question remains unaddressed. Additionally, previous meta-analyses included studies of tricyclic antidepressants and inhibitors of monoamine oxidase, classes that carry an increased risk of affective switch and cycle acceleration (Himmelhoch et al, 1991).

In a recent study, second-generation antidepressant adjunctive therapy was assessed for efficacy and safety in the treatment of bipolar depression using a systematic review and meta-analysis (McGirr et al, 2016). 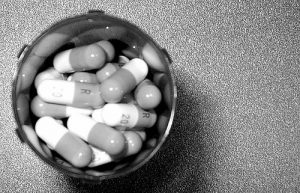 Adjunctive second-generation antidepressants are widely used to treat acute bipolar depression, but their efficacy and safety are controversial.

Use of tricyclic or tetracyclic antidepressants, inhibitors of monoamine oxidase A or B, antipsychotics, NMDA receptor antagonists, stimulants, hormones or natural supplements.

Five published studies and a trial from ClinicalTrials.gov were included in the meta-analysis with 1,383 patients (1,127 bipolar I and 166 bipolar II) with a mean age of 42 years (559 men/822 women). The duration of the trials ranged from 6 to 26 weeks. Not surprisingly, SSRIs were the most studied class of modern antidepressants.

Compared with placebo, adjunctive antidepressants were associated with a small but significant improvement in clinician-rated depressive symptoms (mean difference: 0.165 [95% CI 0.051 to 0.278], p=0.004).

Clinical response was similar in both patient groups:

Exclusion of one trial enhanced the clinical response of antidepressants to a small degree (55% vs 44%; OR 1.332, p=0.042). The analysis showed that this was driven by antipsychotic trials as opposed to mood stabiliser trials.

The efficacy of antidepressants was greater in antipsychotic trials, but not in mood stabiliser trials, when either was compared to their respective placebo. Disease remission achieved in: 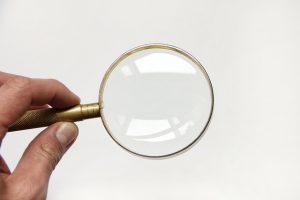 Adjunctive second-generation antidepressants are associated with reduced symptoms of acute bipolar depression, but the magnitude of benefit is small because they do not increase clinical response or remission rates.

The value of this study is its exclusive focus on antidepressants as adjuvant therapy; reflecting practice. Furthermore, the bulk of the data came from SSRI studies, which are more common in practice.

These results imply that short term treatment of BDd should only include antidepressant adjuvant therapy to antipsychotics, not mood stabilisers because the significant reduction in BDd symptoms did not materialise to disease remission in those treated with mood stabilisers, only antipsychotics. Antidepressants did not lead to (hypo)mania in the short term (6% vs 6%) but there was a significantly greater incidence of (hypo)mania after 1 year in those treated with antidepressants (17% vs 10%, OR 1.774, p=0.043).

Quickly scanning through the outcomes shows a high placebo response rate in this study. This reflects a general trend in increasing placebo response as seen in other psychiatry trials (Yatham, 2016; Bridge, 2009; Agid, 2013; Lombardo, 2012; Durgam, 2016). From a purely academic perspective, this would be an urgent matter that needs to be addressed as the gold standard for evidence is a placebo controlled trial. If the placebo response is high, it could drown out the intervention’s effect.

But we should consider this more closely; this could be explained by another factor’s involvement; for example social support and control of stress. Stress is widely accepted as a trigger for episodes (e.g. lack of sleep or bereavement). It may be that patients under trial conditions (more closely monitored) are benefiting from the enhanced non-pharmacological support. Where those patients are primarily treated with a mood stabiliser, this non-pharmacological support may be equivalent to antidepressants.

The authors note a limitation of this meta-analysis was the diversity of trials included (different antidepressants, mood stabilisers, and antipsychotics, outcome metrics, and durations of study). This is unavoidable considering the dearth of randomised controlled trials available. Not to mention the exclusion of more complicated presentations of bipolar disorder (rapid cycling or mixed states) and the previously mentioned high placebo response. 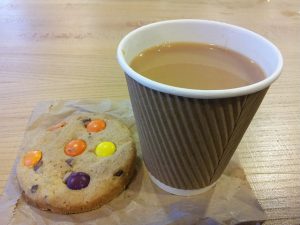 Durgam S et al. (2016) An 8-Week Randomized, Double-Blind, Placebo-Controlled Evaluation of the Safety and Efficacy of Cariprazine in Patients With Bipolar I Depression. Am J Psychiatry. 2016 Mar 1;173(3):271–81. [PubMed abstract]