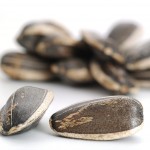 Drug treatments are commonly used to treat children and young people with attention deficit hyperactivity disorder (ADHD). Methylphenidate and amphetamine are two of the most popular, but these are not effective for all patients and sometimes cause problematic side effects.

Children and adolescents with ADHD have been shown to have significantly lower plasma and blood concentrations of polyunsaturated fatty acids (PUFA) and, in particular, lower levels of omega-3 PUFA. These findings suggest that PUFA supplementation may reduce the attention and behaviour problems associated with ADHD.

A new Cochrane review explores this issue by comparing the efficacy of PUFA to other forms of treatment or placebo in treating the symptoms of ADHD in children and adolescents.

The reviewers conducted a comprehensive search and found 13 randomised controlled trials (including a total of 1,011 patients) to include in their review.

Eight of the included trials had a parallel design:

Five of the included trials had a cross-over design:

Supplements were given for 4-16 weeks.

It is important that future research addresses current weaknesses in this area, which include small sample sizes, variability of selection criteria, variability of the type and dosage of supplementation, short follow-up times and other methodological weaknesses.