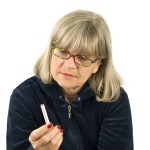 Smoking is a risk factor for periodontitis with smokers experiencing periodontitis to a greater extent and severity. With tooth loss being a consequence of periodontal disease previous reviews have suggested an association with smoking. Studies have demonstrated that smoking cessation improved periodontal treatment outcomes and that former smokers have a significantly lower risk of tooth loss than current smokers.

The aim of this review was to assess whether smoking cessation reduced the risk of tooth loss.

Searches were conducted in the PubMed/Medline, Web of Science and Cochrane Library databases. Observational studies published in English comparing tooth loss in former smokers with current smokers and never smokers were considered. Two reviewers independently screened and selected studies and abstracted data.   The Newcastle-Ottawa scale (NOS) was used to assess risk of bias in cohort studies and an adapted version of the NOS used for cross-sectional studies. Pooled results for current and former smokers were compared in meta-analysis. Meta-regressions were used to test the influence of different moderators (age, time of cessation and dropout rates) on pooled estimates.

The authors have preregistered the protocol for this review on the PROSPERO databases and searched 3 major databases. However only English language papers have been included so this may have excluded some relevant studies. In the discussion the authors note that the review only includes studies from high-income countries and the language restriction may be a factor in this. The reviewers have chosen to include both cross-sectional and longitudinal studies and while the findings have helpfully been separated between the two the longitudinal studies are the better study design for assessing the impact of stopping smoking on tooth loss.

As the authors point out none of the included studies used objective methods for assessing smoking status and clinical examination was not used to assess tooth loss in 8 of the 21 studies and only in 3 out of the 7 longitudinal studies. while the evidence suggests that smoking cessation may reduce the risk of tooth loss the quality of the available evidence is limited. However, given that smoking is both harmful to general health and a risk factor for periodontal disease encouraging smoking cessation in dental practice is important.

A causal association between smoking and tooth loss is likely