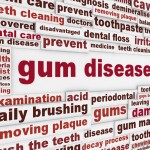 The aim of this review was to assess the influence family/parent characteristics on periodontal disease in children and adolescents.

Searches were conducted in the PubMed, Embase, CINHAL and Cochrane databases. Cross-sectional and longitudinal studies evaluating the influence of family related characteristics on periodontal diseases were considered.  Only studies published after 1st January 2007 were included studies that only included microbiological outcomes were excluded.

The authors have searched a broad range of databases but restricted their inclusions to those studies published after 1st January 2007 which could have implications for the findings. With the exception of 1 longitudinal study all the included studies are cross-sectional in nature with only 7 of the included studies being considered to be of moderate quality. The included studies also suffered from heterogeneity regarding both the explanatory variables the outcomes considered. The review presents a helpful summary of recent studies which are focused mainly on socio-economic factors. Additional higher quality better reported studies are needed including greater consideration of parental health behaviours and  psychosocial variables.