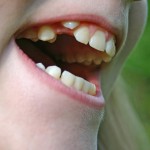 The main aim of this Cochrane review was to assess the efficacy, safety and cost-effectiveness of any interceptive procedure to promote the eruption of palatally displaced canines (PDC).

Searches were conducted in the Cochrane Oral Health’s Trials Register, Cochrane Central Register of Controlled Trials (CENTRAL), Medline, Embase, ClinicalTrials.gov and the WHO International Clinical Trials Registry Platform. Randomised controlled clinical trials (RCTs) in children with one or both permanent maxillary canines palatally displaced with at least 80% of patients aged 9 to 14 years undergoing an intervention to enable successful eruption of the unerupted PDC compared with untreated controls or alternative interventions were considered.  The primary outcome was incidence of eruption of the PDC into the mouth. Two reviewers independently and in duplicate., selected studies extracted data and assessed risk of bias. The primary outcome was summarised with risk ratios (RR) and 95% confidence intervals (CI)

The evidence that extraction of the primary canine in a young person aged between 9 and 14 years diagnosed with a PDC may increase the proportion of erupted PDCs, without surgical intervention, is very uncertain. There is no evidence that double extraction of primary teeth increases the proportion of erupted PDC compared with a single primary tooth extraction at 18 months or the proportion referred for surgery by 48 months. Because we have only low to very low certainty in these findings, future research is necessary to help us know for sure the best way to deal with upper permanent teeth that are not erupting as expected.

This Cochrane review updates and expands an earlier review by Parkin et al (Dental Elf – 14th Dec 2012).  The extraction of primary canine teeth when clinicians suspect the displacement of the permanent canine has become almost standard clinical practice. This is thought to be based on a paper by Ericson and Kurol published in 1998 (Ericson & Kurol, 1988) who reported on a a series of 35 children with no control group. While this current review found a higher proportion of successfully erupted PDCs following extraction the confidence intervals are wide and include the possibility that there is no difference. In addition, none of the included studies were at low risk of bias. The review’s discussion includes an interested section of criteria to define PDCs and the age at which PDCs can be reliable identified. Both these issues need to be addressed and agreed to inform new well conducted and reported trials which are needed to clarify the management of upper permanent canines that do not appear to be erupting as anticipated.

Cochrane Oral Health Blog – Interventions to encourage eruption of eye teeth buried under the gum or growing upwards, without the need for surgery, in children aged 9 to 14 years