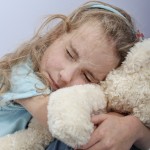 With about a third of UK 5-yr olds and around 50% of 8 yr. olds have experienced dental caries there is a significant demand for treatment.  There is also a well-documented impact on children and their families and their quality of life. Oral health-related quality of life (OHRQoL) is one such measure, which aims to evaluate the impact of oral health on daily life.  When the dental treatment required is extensive or behavioural and other techniques fail a general anaesthetic (GA) may be required. Within the UK GA for dental treatment is one of the commonest reasons for a child being admitted to hospital.

The aim of this review was to assess change in OHRQoL in children following treatment under GA for the management of dental caries.

Studies involving dental treatment under general anaesthetic for children aged 16 or under measuring change in OHRQoL were considered. A narrative summary was presented.

Heterogeneity of included papers limited the conclusions which could be drawn. Treatment under GA appears to result in overall improvements in proxy-reported OHRQoL; however, there is a need for further high-quality studies employing validated, child-reported measures of OHRQoL.

This review has used a broad search strategy so is likely to have identified a majority of the published literature on this topic. The quality assessment of the studies identified a number of areas of concern including the lack of an explicit theoretical framework underpinning the studies and issues around sample sizes.  A majority of the studies also used convenience samples and only one used a control group. As the authors’ note a consecutive sample would be more representative.  The authors also point out that only one study used a child-reported measure of OHRQoL noting that it has been shown that parents/ caregivers generally have a low to moderate overall agreement with their child’s ratings.  Owing to heterogeneity in the studies a meta-analysis could not be carried out and reviews conclusions are therefore limited.