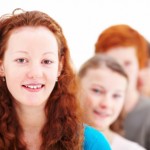 Dental caries is a very common disease affecting a significant percentage of the world population. However, it is preventable if health behaviours and sell-care are adopted.  While the prevailing health education (PE) model can demonstrate improvements in oral health knowledge this seldom translated into behaviour change.  Motivational interviewing (MI) has been developed as an approach to address the limitations of PE and reviews have demonstrated positive effects in relation to a range of behaviours including oral health. Adolescents are a particularly challenging group as they are less future orientated and tend to see themselves as less vulnerable to health problems.

The aim of this trial was to evaluate the effectiveness of MI in improving adolescents’ oral health.

Interventions were delivered by dental hygienists who had received coaching in MI from a panel of a health psychologist, a behaviour scientist, and a member of Motivational Interviewing Network for Trainers. Questionnaires at baseline, 6 and 12 months were used to collect data on demographic background, socioeconomic background oral health self-efficacy, and oral health behaviours. Total status and oral hygiene was recorded by a trained and calibrated examiner who was blinded to the group allocation. The primary outcome was dental caries increment.

This well conducted cluster randomised controlled trial uses a relatively large sample size and had a low attrition rate. The trial demonstrates that MI was more effective than traditional heath education in changing health behaviours in adolescents at one year.  The trial also found significantly lower caries increment in the two MI groups  compared with the PE group as measured by the ICDAS index.  The authors note that further follow up at 24 months is planned and it will be interesting to see if the benefits are maintained both in terms of the behaviours and the impact on caries increment.