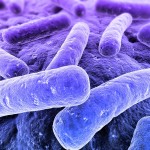 As bacteraemia occurs during toothbrushing  (Dental Elf 5th Oct 2011) it is to be anticipated during more invasive activities such as flossing, scaling (Dental Elf 9th Jan 2013) and dental extractions.  The main aim of this study was to directly compare and determine the effect of a pre- procedure rinse of 0.12% chlorhexidine on the incidence and magnitude of bacteraemia compared to the 2g amoxicillin during third molar extractions.

Patients requiring third molar extraction under conscious sedation were randomised to one of three groups: a control/placebo group (PLAC) receiving a placebo rinse and a placebo capsule; a rinse group (CHX) receiving a 0.12% chlorhexidine rinse and a placebo capsule; or an antibiotic group (AMOX) receiving 2 g amoxicillin capsule and a placebo rinse.  Blood samples were taken at four time points during the procedure and processed on an on-site laboratory.  Bacteraemia was defined as at least one positive culture of the four BDs per subject and reported as a percentage.

This is an interesting if small study, probably underpowered, that showed no statistical difference between the two group.   The authors note that ,

‘routine use of antibiotic prophylaxis for dental treatment procedures is not without negative consequences with respect to antibiotic resistance, anaphylactic allergic responses, and cost-effectiveness.’

While the authors discuss concerns related to infective endocarditis one of the commonest problems following third molar extraction is dry socket. A recent Cochrane review by Lodi et al found that in health patients, There is evidence that prophylactic antibiotics reduce the risk of infection, dry socket and pain following third molar extraction and result in an increase in mild and transient adverse effects.   Their data indicated that,

To prevent 1 infection between 10 and 17 people will require antibiotics, and to prevent a case of dry socket between 24 and 250 people would need to receive antibiotics. They consider that this benefit is not big enough to recommend routine use, because 21 of those prescribed antibiotics would have mild adverse effects and there is also the potential of contributing to the development of bacterial resistance.