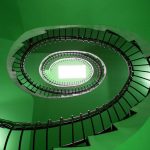 In my last Mental Elf blog, I reviewed a study which showed that patients with comorbid Personality Disorders had poorer recovery from depression and anxiety when treated with psychological therapies in an IAPT (Improving Access to Psychological Therapies) service. In the blog I explored the possibility that IAPT services are increasingly receiving referrals for patients who are markedly more complex than the intended “mild-moderate anxiety and depression” presentations the services were set up to treat. I was really pleased therefore to be asked to report on a new study that set out to further explore and test this hypothesis.

This blog briefly looks at the initial findings of the PROMPT project in which a multidisciplinary team of academics from King’s College London collaborated with a London based IAPT provider (South London and Maudsley NHS Foundation Trust, Southwark Psychological Therapies Service) to assess clinical characteristics of patients assessed in the IAPT service over a 12-month period. It reports on the patients recruited to a study which will go on to explore the impact that the patient characteristics has on the efficacy of the IAPT treatment that the patients go onto to receive. The authors’ long-term goal is to use clinical characteristics to predict the outcome of therapy:

The predicting outcome following psychological therapy in IAPT (PROMPT) project provides an infrastructure to allow for the systematic collection of data geared towards understanding the predictors of treatment outcomes.

Additionally, they hope to be able to use their study to identify subgroups of IAPT patients who do not respond to existing treatments in order to devise experimental studies for the identification of new treatments.

Once again, as an IAPT practitioner, academic and blogger, I am excited to see such research projects start to dissect the enormous IAPT data pool with a view of improving and optimising psychological therapy provision. Sometimes for me it feels that the data is only being used for financial reasons (e.g.“Payment-by-Results”) and here again I am encouraged to see that the emphasis is on improving not only access to psychological therapies, but also on the relevance and quality of the therapy to the patient. 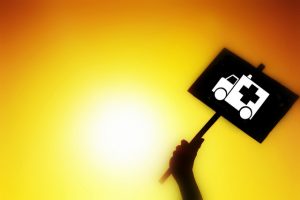 This naturalistic cohort study reports on the characteristics of patients referred (either self-referrals or GP-referrals) to the Southwark Psychological Therapies Service (SPTS) between February 2014 and February 2015. They collected and analysed a wide range of demographic and clinical data. The latter included:

The study recruited 187 participants and data for these was further analysed.

Socio-demographic characteristics showed they recruited more females (64%) than men; that the majority were white (83%); that those recruited were mainly (80%) not classed as unemployed and that participants had a wide range of income.

More than half of the participants (55%) had experienced at least one stressful life event and 67% reported experiencing at least one form of childhood trauma.

In terms of the current diagnosed presenting issue(s), the study found:

Less than 10% of this cohort were diagnosed with substance dependence, mood disorder with psychotic symptoms, hypomania, mania, bulimia or psychosis.

The vast majority of those recruited had more than one current diagnosis (72%), with 58% having 3 or more current conditions at assessment.

It was also noteworthy that the study identified that 28% of the participants had a history of (hypo)mania and that 61% of participants scored above the cut-off on the HCL-16, suggesting a large proportion of the patients with depression seen within the IAPT service fell within the bipolar spectrum at assessment.

Looking at the severity of both depression and GAD showed the following:

And therefore high percentages of patients were above the initial “mild-moderate” original IAPT remit. 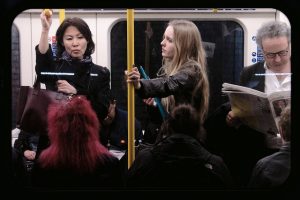 The authors’ concluded that their study demonstrated that it was possible to collect meaningful data using their study protocol.

They go on to state that:

going on to emphasise:

…the high rates (presenting in an urban IAPT service) of psychiatric comorbidity, bipolarity, childhood trauma and traits of personality disorder.

It is great to see these data published at the outset of the longer-term PROMPT study and in general these findings are very much in keeping with published data and qualitative/anecdotal evidence that IAPT services are seeing complex presentations.

Personally, I was really surprised and somewhat disappointed that they were only able to recruit and report upon such a small number of participants, as this is surely a small percentage of patients referred to the IAPT service in the 12 months of recruitment.

Perhaps the most powerful and (for me at least) interesting and worrying aspect of this study is the authors’ inclusion of, analysis and evaluation of the data on the prevalence rates of childhood trauma; in this study 48% had suffered emotional abuse, 20% physical abuse, 35% sexual abuse, 57% emotional neglect and 36% physical neglect. The authors correctly emphasise the link between such trauma and complex long-term psychological disorders.

IAPT was set up to treat people with mild-moderate depression and/or anxiety disorders by applying evidence-based psychological therapies (the stepped care models outlined in current NICE guidance). I continue to worry that “we” are going to struggle to help patients who present with complex and severe issues; given the limitations IAPT places on duration and type of therapy offered.

The next phase of the PROMPT study will  help to highlight any gaps in the current IAPT model and hopefully add weight to the growing demand and need to expand the remit of the IAPT programme beyond its current time and therapy choice limitations. 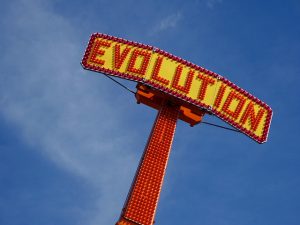 Personality disorders, IAPT treatment and recovery from depression and anxiety