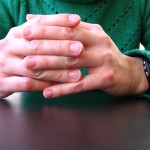 When launched back in 2008, the Improving Access to Psychological Therapies (IAPT) programme remit was to address the burgeoning social and economic burden of common mental health problems in the UK. From the outset IAPT was aimed at offering evidenced-based psychological treatment to people diagnosed with mild-moderate depression and/or anxiety.

Eight years on and IAPT services in England are dealing with over 100,000 referrals a month, of which around 40% complete their course of treatment. “Recovery” is a key concept of the IAPT model and this is defined by two key self-reported outcome measures at the end of therapy:

In England around 45% of people treated by IAPT services “recover”.

I have been working for IAPT services as a therapist for a number of years and like the vast majority of my colleagues find the work both rewarding and challenging. Within IAPT services we therapists are tasked with a number of targets around “performance”. Not least of these is the drive to achieve a minimum recovery rate of 50% in all of our therapeutic work. It is well established that “severity at initial assessment” is a key determinant of “recovery”; people suffering mild/moderate depression and/or anxiety are more likely to reach IAPT defined “recovery” than those who start treatment with severe levels of depression and/or anxiety. Data from my own work and colleagues suggests that people referred for step 3 treatment (CBT, EMDR, IPT or counselling) are now predominately suffering with moderately severe or severe disorders as opposed to the mild to moderate sufferers that IAPT services are commissioned to treat.

Therapists in IAPT services have regularly suggested to me that it is not only the patient’s outcome scores which are increasing. Many of us “feel” that year-on-year the degree complexity of the presenting issues that we are treating is increasing concomitantly. As an academic and an Elf, I am well aware of the need to validate these “feelings” about the degree of complexity of presenting issues and was therefore really pleased when asked to blog about the impact of personality disorders on IAPT treatments for depression and anxiety. My colleagues and I have often speculated that people with personality difficulties would benefit less from IAPT treatment, and we were interested to see if this paper would support our hypothesis.

My blog focuses on a study carried out by academics from King’s College London in collaboration with an IAPT service provider (Southwark Psychological Therapies Service, South London and Maudsley NHS Foundation Trust) and looked at the impact of personality difficulties on depression/anxiety recovery rates in patients treated in an IAPT service. 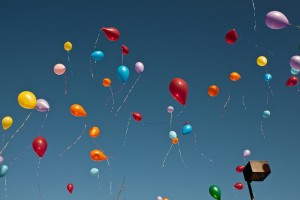 IAPT services aim to achieve a minimum recovery rate of 50% in all therapeutic work.

One of the attractive aspects of this prospective cohort study is its simplicity. All IAPT services collect data (for the purposes of this study PHQ-9, GAD-7 and W&SAS a 5-item measure of impaired functioning) from every assessment and treatment session. Therefore, this study had the relatively simple task of additionally assessing, rating, monitoring and recording a measure of personality disorder! For this, the authors employed the 8-item validated Standardised Assessment of Personality Abbreviated Scale (SAPAS) – this was only used at assessment. Data was analysed by an array of statistical tests, all of which are well described and justified in the text of the original publication.

SAPAS data was recoded for 1,249 adults during the period January 1st 2012 and December 31st 2012. After eliminating scores from people referred more than once and data from patients with no final outcome scores, the authors had an analytical sample size of 1,005.

The key findings from the analysis of this data were:

In this large sample of IAPT attenders with anxiety and depression, the likely presence of co-morbid personality disorder, as indexed by the SAPAS, was independently associated with poorer outcomes at end of treatment.

Our models confirmed that personality difficulties are independently associated with poorer treatment outcomes in IAPT. 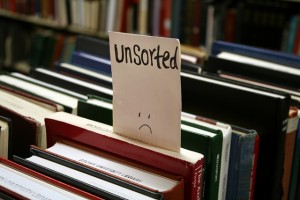 Individuals at risk of a personality disorder are less likely to have a favourable response to psychotherapy as delivered by an IAPT service.

This, as the authors’ themselves identify, is a really pragmatic and elegantly simple study which adds real weight to the notion that referrals into IAPT service are complex and challenging. However, I’d like to have seen more detail on:

This study highlights the value of a simple to use, validated test to identify people referred into IAPT services who present with personality difficulties likely to hinder their recovery using the current or “traditional” IAPT model. The IAPT services I work for in the East Midlands have recently been revised and we now have the possibility of offering extended step 3 level therapy for specific comorbid presentations (such as Long Term Health Conditions): this is known as IAPT+.

I would advocate (based on this evidence) the use of SAPAS at assessment to identify patients with personality disorder traits as they too would benefit from the IAPT+ model.

Finally, I think the most likely reason that “we” IAPT service providers are seeing more complex presentations is linked to two changes in the provision of mental healthcare:

As a caring practitioner I have often expressed my concerns about the lack of treatment available to people with a personality disorders. I can now only hope that this current publication acts as the catalyst for:

IAPT services…to consider providing additional training and supervision on the management of personality disorder, in order to ensure that therapists are able to provide effective interventions to individuals presenting with more complex psychological difficulties. 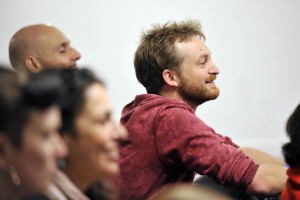 IAPT services may need to consider providing additional training and supervision on the management of personality disorder.