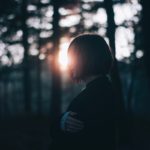 Regular readers will know that there’s a growing call from elf bloggers (and those further afield) to measure and report on the adverse effects of psychotherapy (Mc Glanaghy 2017; Laws & Huda, 2016, Langford & Laws, 2014). This is a simple idea; that we should measure the potential harms of psychotherapy, as well as potential benefits. Information about the harms of mental health treatments are essential to support informed patient decision-making and to help us understand more about how different therapies work.

There are many ways of conceptualising ‘negative effects’ and the meta-analysis published by Cuijpers et al (2018) focussed on deterioration rates; that is, the number of people who reported that their symptoms got worse as the study progressed. This meta-analysis aimed to pull together all information about deterioration rates in randomised controlled trials of psychotherapy for depression. 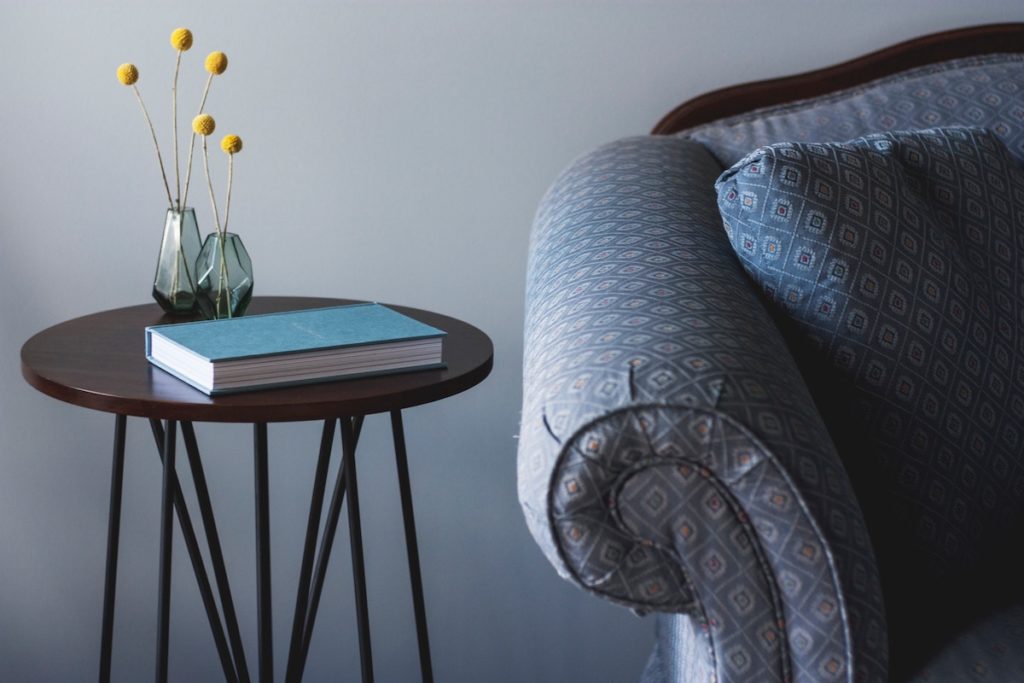 Any treatment powerful enough to have a positive effect will also have a negative effect. This is true of psychiatric medication, but also of psychotherapies and any other effective treatment.

The authors described a systematic review of an existing database containing all randomised controlled trials of psychotherapy for depression from four major databases (PubMed, PsycInfo, Embase and Cochrane Library).

Deterioration was measured as the proportion of patients who reported higher scores for depression symptom severity at the end of the study, compared with the beginning.

The reviewers excluded studies of:

Study quality was assessed using four criteria from the Cochrane Risk of Bias Tool; adequacy of the randomisation method (2 items), whether the assessors were blind to the treatment condition and how missing data was accounted for.

All studies that met the inclusion criteria were included in the meta-analysis as follows:

A whopping 18,500 abstracts were reviewed to identify 2,092 full texts for further consideration. Of these,  289 studies were deemed to meet the first four inclusion criteria, and just 6% (n=18) of these reported deterioration rates. Data extraction was validated by 2 independent researchers. The 18 studies provided 23 comparisons of psychotherapy to control groups, involving 1,655 people with depression. The proportion receiving each intervention is shown in Figure 1. Participants were recruited from clinical and community populations and treatment was delivered individually (5 studies), in group settings (7 studies) and as guided self-help (6 studies). 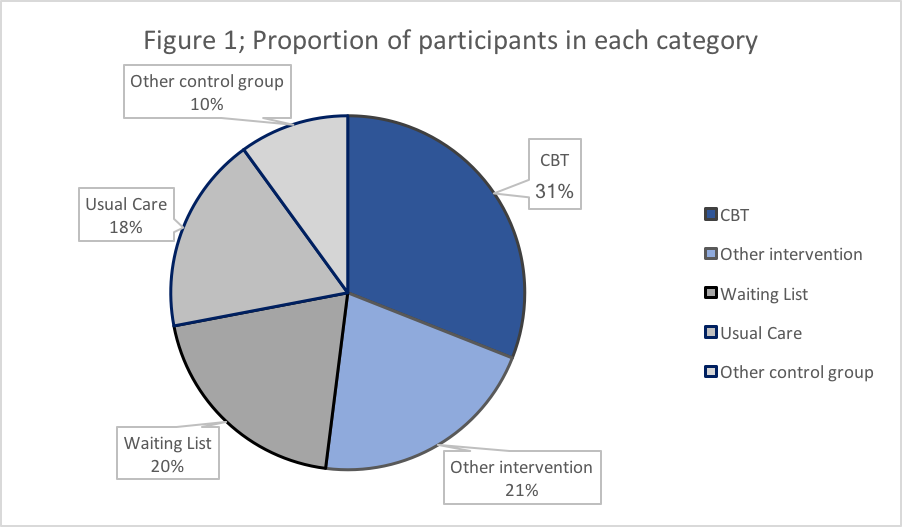 Proportion of patients in each category 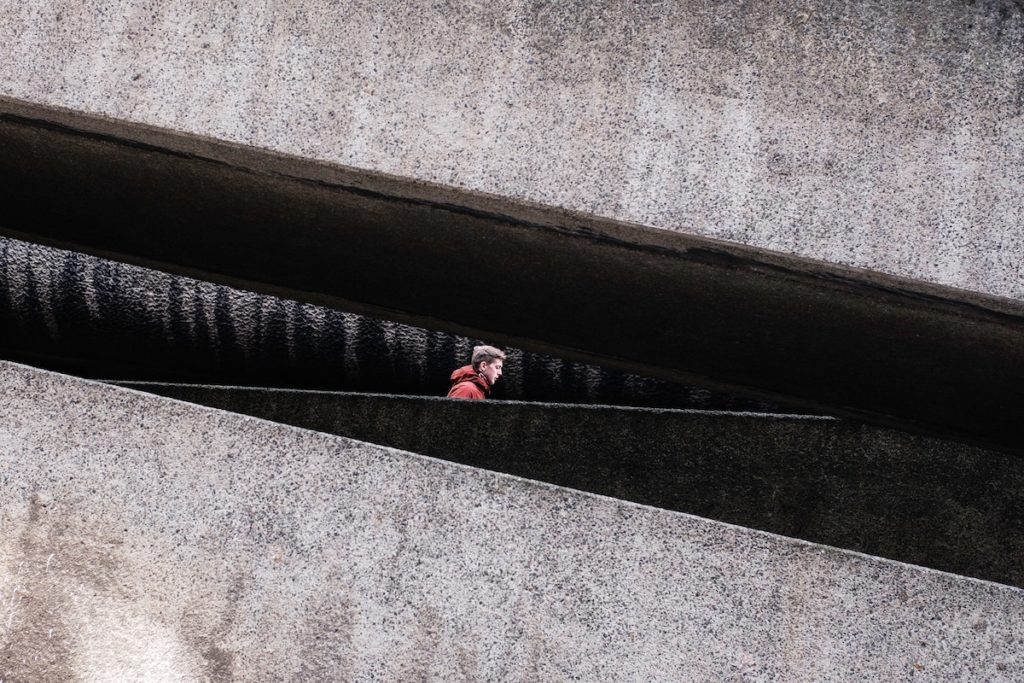 This well conducted meta-analysis suggests that psychological treatments for depression seem to reduce the risk for deterioration, when compared to controls.

In summary, this meta-analysis identified that undertaking psychotherapy may reduce the risk of deterioration for depression symptoms, however this is in the context of an evidence base that mostly excludes deterioration as an outcome.

This study is a great example of how meta-analysis can illuminate an issue where randomised controlled trials may not. This is especially relevant where trials have small samples or are measuring a rare phenomenon. This highlights the importance of including data on deterioration in randomised controlled trials of psychotherapy, even if it appears to be non-significant. We cannot assume there are no negative effects in the absence of data. Indeed, in this analysis, it is recognised that no intervention carries a greater risk than psychological intervention.

As with all meta-analyses, there are some limitations and caveats: 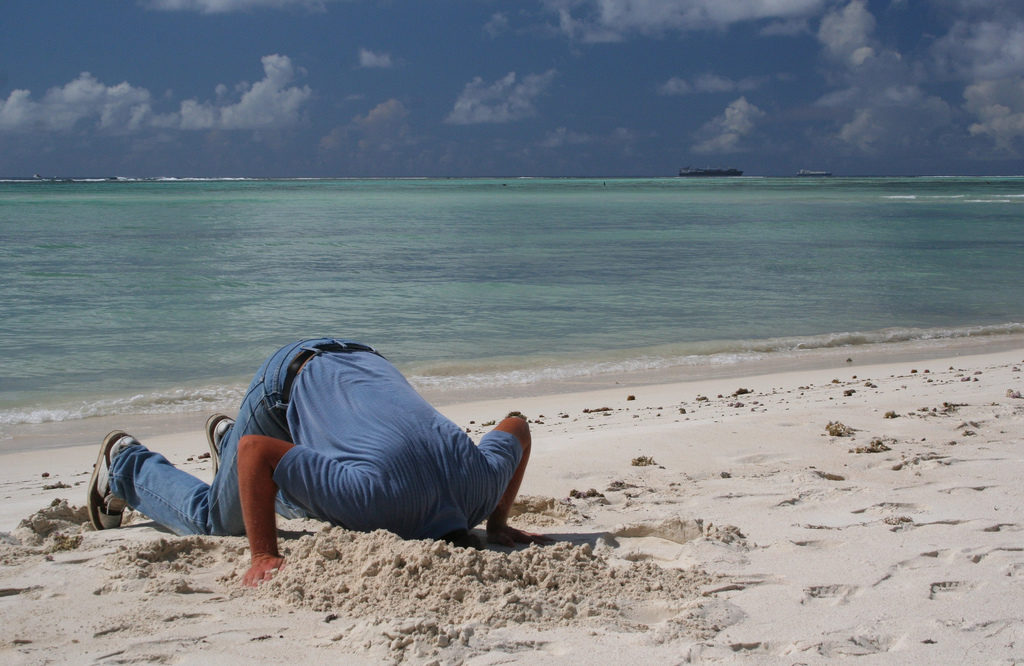 This research highlights the importance of including data on deterioration in randomised controlled trials of psychotherapy, even if it appears to be non-significant. We cannot assume there are no negative effects in the absence of data. 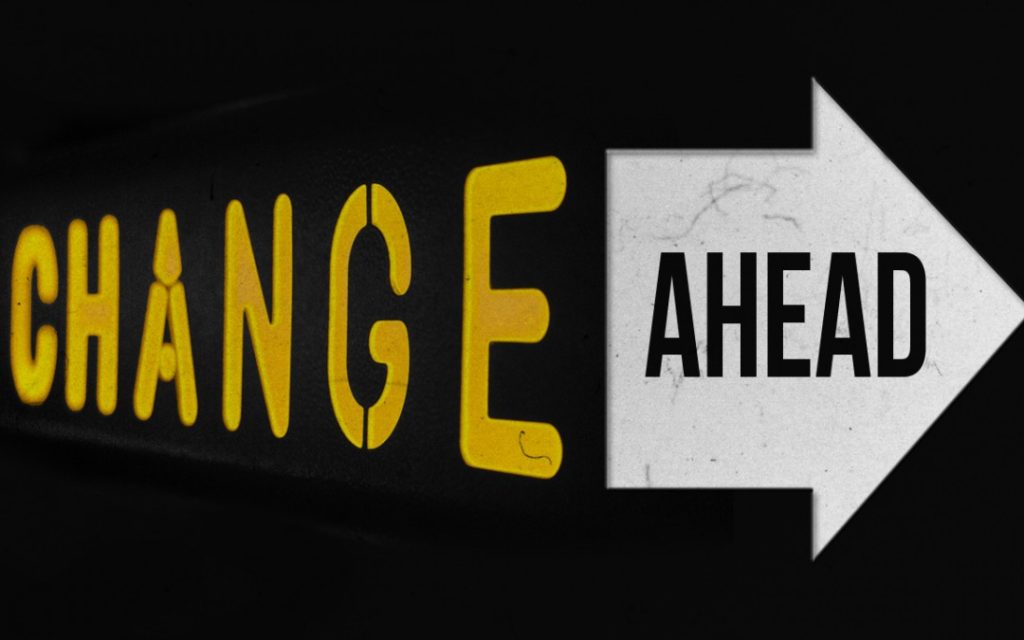 Only 6% of all trials (comparing psychotherapy to controls) report deterioration rates. This needs to change.

Dr Edel Mc Glanaghy has recently completed a Delphi study of the Adverse Effects of Psychotherapy.

The harms of psychotherapy: are BME and LGBT communities more at risk?