Home » Posts » Treatment » other » internet-based treatment » Is email good for your health? 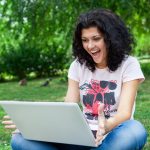 Hi, I’m Epica the Dog. I’m here at the Equator Publishing School in Oxford with a bunch of humans, learning how to write blogs. The session is being run by Mental Elf André Tomlin who has already scratched my ears and tickled my tummy. Woof!

As part of this blogging workshop the 20 humans taking part in the week-long Equator Network course were given a paper on email-based exercises in promoting psychological wellbeing and healthy lifestyle (in Finland). Let’s face it: you humans have a lot of problems and not all of you have a dog to help you!

For those of you who aren’t getting your daily walkies in the woodland, exercises by email may come in handy to keep your stress levels low and feeling confident about life in general. That is what this paper is all about. 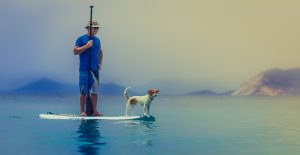 Those of you who don’t get to unwind with your dog may find email-based exercises useful instead.

A novel way to recruit!

What was the intervention?

The intervention (Electronic Health and Wellbeing Check and Coaching) consisted of 17 emails (2-3 per week for 8 weeks). Each email contained background information, videos and instructions for an assignment.

Assignments aimed to increase wellbeing and enhance coping with stress based on a solution focused therapy, cognitive behavioural therapy and positive psychology.

What did the researchers measure?

The main outcome of interest was any change in level of stress, measured at 2 months and 2 years, which was assessed by email with the question: “Have you felt yourself tense, stressed or under strong pressure during the last month?” answered with a 4-point Likert scale.

Other measures included “confidence in future” and “gratitude” and other health measures (e.g. smoking, drinking etc).

Those who answered the health check but opted not to be emailed for future involvement were used as controls. 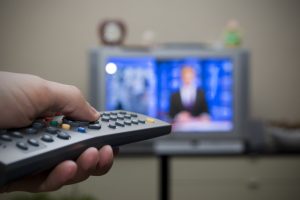 This research used a popular Finnish TV show to recruit thousands of participants to the study.

It has to be said that, being the only dog in the room, I was snugly laid down under the desk for most of the workshop, but I did notice that the humans got a bit stressed when interpreting the results from the tables and figures in the paper. The authors of the study reported high levels of drop-out (>80%) and it was difficult to know whether this was reasonable or not for this type of digital health study. Please comment below if you have anything to add on this front.

When looking at the summary of the research, human stress levels fell somewhat because the results were boiled down and seemed reasonable:

Unfortunately, the results were difficult to understand so my human colleagues were not able to verify them from the data presented. To be honest, I think their poor heads were spinning from all the tables of figures and graphs.

Click here to view a list of all the interpersonal and lifestyle interventions used in the study.

This study takes an innovative approach to promote psychological wellbeing and healthy lifestyle. The researchers used the TV program as a way to advertise the electronic health check and were successful at reaching 73,054 people who completed their baseline questionnaire.

Although the authors were able to reach a large population quickly, it’s important to highlight a few limitations: 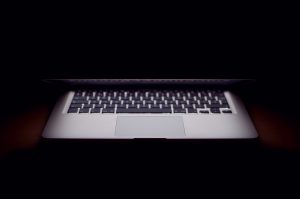 This research adds to the body of evidence that suggests Internet-based interventions are feasible for mental health promotion and may help improve psychological well-being.

Frequent personalised messages that offer coaching and practical lifestyle advice is a health promotion intervention that definitely has potential, especially if it can be delivered via a range of platforms (i.e. not just email, but on social media and via smartphones). However, it is ironic that in trying to improve mental wellbeing and reduce social isolation, we are not encouraging actual face-to-face interaction among humans. We dogs can teach you plenty on that front you know (although in our case it may be face-to-bum).

The huge response to the TV programme shows that there is a vast demand for this type of intervention in the general population and even a small improvement in mental health could have an important effect.

Unfortunately, the cohort design of this study was not really appropriate to answer the question. Perhaps a randomised controlled trial could provide more convincing evidence? Until then, maybe you’re better off getting a dog, although I guess I would say that. Woof! 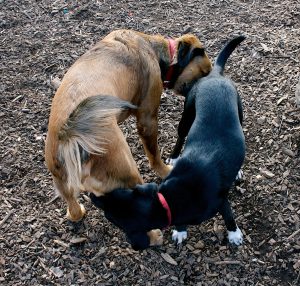 Sniff! Ahh, if only it were that simple for you humans!

Last reply was July 5, 2016
Try out our members features!