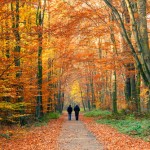 Fancy a stroll through the winter woodland wonderland? If you do, you’ll probably spot an elf or two down in the woods, taking a well earned break from critically appraising research papers. But could these woodland walks actually be improving our mental, emotional, and social wellbeing? “Of course!” I hear you cry, “how could they not be?” Well that’s a good point, but providing robust research evidence to back this up can be tricky.

Marselle et al have tried to do that very thing. Their study draws information from a larger observational, longitudinal study about the mental, emotional, and social well-being from participation in the national Walks for Health (WfH) programme and was published in a special edition of the ‘Ecopsychology and public health’ journal in September 2014.

Previous evaluations of national group walk programs have appeared in the ‘‘gray literature’’ i.e. not published in peer-reviewed journals, and tended to lack a comparison group. Marselle et al have tried to overcome both of these things.

Their hypotheses for this paper were: 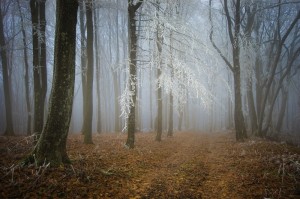 If you go down to the woods today…

This is where it gets a little tricky. Marselle et al used information from the larger longitudinal study investigating the mental, emotional and social wellbeing of individuals who did (Nature Group Walkers) and did not (Non-Group Walkers) attend group walks in nature. In effect creating a study group and a control group.

The selection process however created groups with significant differences in age, gender, ethnicity, education, disability, past physical activity and past stressful life events. The groups were therefore statistically matched using propensity score matching. This is as complicated as it sounds. The propensity score is in effect a way to ‘balance out’ the variables in each group: so each group with the same propensity score will have similar variables allowing comparison.  It is used in observational studies to try and mimic the randomization of RCTs (interested in learning more; follow this link Propensity score matching).

All participants were recruited from a sampling frame, (provided by WfH) of all individuals who had attended at least one WfH group walk, provided an e-mail address, and gave consent to be contacted for evaluation purposes. Online Questionnaires were used to collect data at Time 1 (T1) and 13 weeks later at Time 2 (T2). Non-Group Walkers were defined as individuals who had not taken part in any group walk in the 6 months prior to T1.

The online questionnaires used were: Short questionnaires were used to get results.

In short; group walks in nature were associated with significantly:

There were no group differences on social support.

In addition, nature-based group walks appear to mitigate the effects of stressful life events on perceived stress and negative affect while synergising with physical activity to improve positive affect and mental well being. Implying that hypothesis 1 and 2 are correct.

Controlling for the effects of health condition, recent stressful life events, frequency and duration of other nature walks, and recent physical activity did not alter the results. Implying hypothesis 3 is correct. 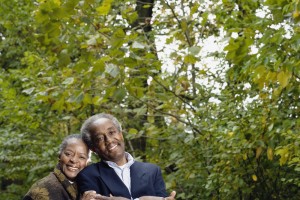 Happiness is a hug in a thicket.

There is a wealth of data on the benefits of physical activity for psychological well-being and so some of the results may not be that surprising. I do however have to raise some concerns with regards to the data quality that is being used in relation to the other aspects. Are very short self report questionnaires particularly robust in assessing/diagnosing depression, stress and changes in affect? There appears to be a large quantity of statistical calculations to get to a conclusion – a personal red flag for me that maybe the data isn’t as clear cut as initially thought. The participants were mostly female, older, White, and affluent; while likely to be unrepresentative of the adult general population living in England, participants were representative of the population involved in WfH.

The research overall however provides support for national outdoor group walk programs as a public health intervention. Such programs have previously been shown to increase levels of physical activity, and the study suggests that the benefits go beyond those from physical activity only – a worthwhile outcome to further explore.

The present study found that group walks in nature were associated with significantly less depression, perceived stress, and negative affect and greater positive affect and mental well-being. Given the increase in mental ill health and physical inactivity in the population in the developed world, group walk programs in local natural environments may make a potentially important contribution to both public health and individual well-being with benefits in mental health, coping with stress and improved emotions.

With depression projected to be the number one cause of global burden of disease by 2030 (World Federation for Mental Health, 2012), the results suggest that:

Only 6.2% of Nature Group Walkers were referred to WfH by their GP; thus there may be scope for outreach to GPs and other health professionals about the benefits of group walks in nature. Only 6.2% referrals to Walks for Health came from GPs.

Future exploration of the effects of nature-based group walks on mental and emotional well-being could utilise quasi-experimental pre-post or randomized research designs that would have better inferential potential and reduce limitations of sampling and reverse causality. Further research is needed to discern whether nature group walks moderate, or buffer, the relationship between stressful life events and multiple aspects of well-being.

Future studies could also usefully investigate if there is an optimum frequency and duration of contact with green space, whether alone or in groups, for mental and emotional wellbeing – not necessarily as much as 500 miles though.

Last reply was July 2, 2018
Try out our members features!