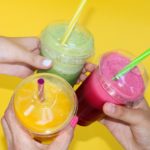 Note: today’s blog is very much a group effort. It’s been written by a dozen people from the Centre for Affective Disorders (CfAD) at King’s College London where I led a workshop yesterday introducing them to blogging and social media. We critically appraised this study together and look forward to hearing your feedback. Thanks to everyone from CfAD who joined in yesterday and especially to Becci Strawbridge and Caroline Loveland for making it happen.

Do let me know if you want me to come and run an introduction to blogging and social media at your University. You’ll learn a lot and it’s great fun!

There has been a surge of interest linking diet and mental health recently and some of this research has been covered on the Mental Elf. The blog last month from Murtada Alsaif on diet and depression is the most recent example, and today we’re highlighting a new systematic review on probiotics for depression.

It’s well known that major depressive disorder is a mental health problem that will affect up to 20% of the population at some point in their lifetime. It’s characterised by low mood, loss of interest, feelings of guilt, hopelessness, and changes in appetite and sleep.

The gut-brain axis is much less commonly discussed outside of the scientific community. In simple terms it can be described as a two-way street between the brain and the gut (Foster et al, 2013). A considerable amount of high quality basic science research has been carried out that supports the existence of the gut-brain axis, but to date scientists have struggled to translate this lab-based work into interventions that can be applied in real-world settings.

Probiotics are live microorganisms that are administered as dietary supplements or as food products, such as yoghurt. Experimentally, several probiotic bacteria have been tested for health benefits (Foster et al, 2013).

So, we were excited to read about a new systematic review of probiotics for depression that looks to bring together all of the high quality randomised controlled trials in the field and provide a definitive summary of the best current evidence (Wallace & Milev, 2017).

It’s worth noting that both reviewers have received research funding from Lallemand Health Solutions (who specialise in the production and marketing of probiotic for human use) although they state that the funder did not contribute to any part of the research or writing of this article. 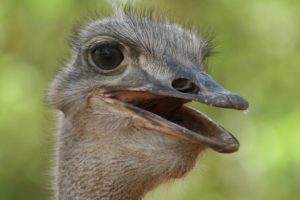 Fact or folklore? Scientists first discovered the anxiety-reducing effect of probiotics on ostriches.

The authors set out to systematically review the literature on depressive symptoms and probiotics. They used the standard PRISMA method for selecting studies and the quality of included clinical trials was assessed using the Jadad Scale.

They searched Medline, PsycINFO, Embase, CINAHL and Web of Science. They report the keywords used for their search included depression, mood disorder, emotions, probiotics, lactobacillus, bifidobacterium and gut-brain axis, but we could not find a full description of their actual search strategy either in the article or in an online data supplement.

Their search found 566 unique studies, which were screened by one of the authors down to 136 trials (excluding those that were irrelevant or not in the English language). Two authors then independently screened the remaining full-text articles and resolved any disagreements between themselves as to which were eligible.

The final review included 10 randomised controlled trials (7 of which were double-blind), but we found it hard to piece together the included studies and their characteristics because only 6 of them seem to have been included in the table of studies (table 1 in the open access paper). We didn’t have time to download and read the 10 RCTs!

No meta-analysis was conducted in this review, which makes sense because the included studies are very different and could not be pooled reliably.

So, do probiotics improve depressed mood? The short answer is, we can’t tell from this evidence.

The studies reviewed were small, and examined a wide variety of different people (those with clinical depression, those with self-reported depressive symptoms and others):

Seven out of the 10 included studies also looked at symptoms of anxiety, which weren’t the focus of this review:

The longest probiotic trial (6 months – Gruenwald et al, 2002) investigated participants who were suffering from stress and exhaustion, using a multi-vitamin probiotic compound, and reported generalised improvements particularly surrounding stress levels and gastrointestinal difficulties that were one of the strongest findings within this review.

Additionally, three studies looked at some isolated tests of thinking skills or responses; one found no effect at all and the others observed improvements in some measures of cognition. 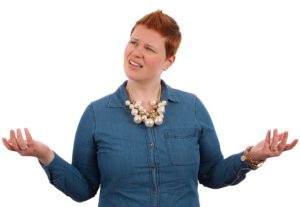 Some studies have shown that taking probiotics could help in improving symptoms of depression or anxiety, but others have shown no difference.

Despite this range of findings, the authors’ discussion and conclusion of their research is targeted primarily at depression. They describe the trials included in their review as “robust” and conclude that:

Further research is certainly warranted before any firm conclusions can be drawn. We strongly disagree that these findings are robust and compelling. Here’s why…

Our feeling is that this review has made unfounded claims relating to the evidence about probiotics for depression, suggesting that the primary research is “robust” and the results of this review are “compelling”. Sure, the reviewers acknowledge that further research is needed, but they start their conclusion with this statement: “The evidence for probiotics alleviating depressive symptoms is compelling”. In this world of soundbites and tweets, it’s dangerous to publish misleading and unfounded headlines, because many people just read the headline and then head off to the yoghurt aisle in their local supermarket!

There is definitely promise for these bacteria in treating mood disorders, but the translation of basic science into a real-world setting is likely to take some time, and may not result in safe and effective treatments. At present, we just don’t know if probiotics can help reduce depression, so don’t go putting all of your ostrich eggs in one yoghurt pot quite yet. 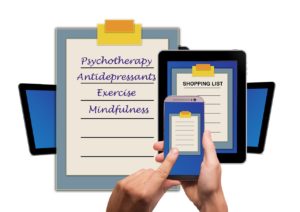 There are lots of effective therapies for depression. It’s not yet time to add probiotics to the list.

Last reply was September 17, 2019
Try out our members features!