Home » Posts » Mental health » depression » Diet and depression: can we eat our way out of clinical depression? The ‘SMILES’ trial 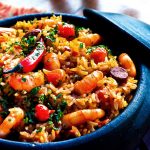 The link between diet and depression is not novel. Although there is no standardised definition of a ‘healthy diet’, diets based on vegetables and lean fish seem to protect against depression, but processed foods have the opposite effects.

I recommend the following blogs by my learned elfin colleagues:

Retrospective studies dominate this area of research and some show an association between poor food and ill mental health, but we must be wary of making causal links from retrospective data, as they cannot tell us which came first; the depression or the burger.

This is the first randomised controlled trial (RCT) (Jacka et al, 2017) to explicitly seek to answer the question: Will my major depressive episode improve if I improve my diet? 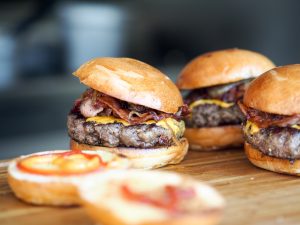 A timeless question: what came first, the depression or the burger?

Antidepressants or psychotherapy were allowed if stable ≥2 weeks.

Individuals ate at will, as the intervention did not have a weight loss focus.

Social support comprised seven 60-minute befriending sessions (chatting or playing games with the intention of keeping the participant engaged and positive). Befriending is often used as a control condition for clinical trials of psychotherapy.

In case you were wondering, SMILES stands for Supporting the Modification of lifestyle In Lowered Emotional States. No self-respecting trial can get published without a decent acronym these days!

The diet group ate significantly more of 6 of 11 food groups and less unhealthy food after 12 weeks compared to baseline. Conversely, the eating habits of the befriending group remained unchanged. BMI and physical activity were similar between the groups. Note that the dietary group had a significantly poorer diet than the befriending group at baseline (not enough fruit and too much sugar). Otherwise, groups were well matched.

Finally, change in dietary quality, ModiMedDiet score change at 12 weeks, correlated with change in depression scores in the intervention group, p < 0.001. A 2.2 score improvement in MADRS was associated with a 10% increase in dietary adherence. 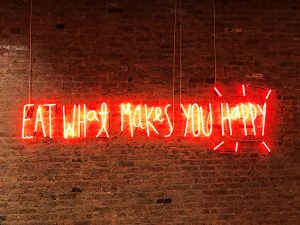 This small trial found that eating a healthy diet had a positive impact on depression.

Expectation bias could not be avoided in the diet group as participants could not be blinded. But the authors made efforts to mask the hypothesis from the participants, and emphasis was placed on the potential benefit of social support to mental health.

The authors recruited participants on the basis of existing ‘poor’ quality diet, this may limit the generalisability to similar patients. However, and this is important, we here in the UK advocate for 5 portions of fruit or veg a day. Those in the diet group were having that for a snack. I feel it is fair to say that all of our patients may be “similar” to the trial participants. 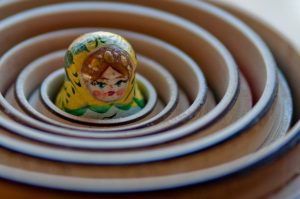 These findings will have to be replicated in a bigger and more representative sample before guidance and practice can be changed.

Lack of motivation is a hallmark of depression and my first thought was that those with depression may not be able to persist with a diet. Happily proving me wrong, participants in the diet group made significant improvements to their diet. Whether this persists beyond 3 months is anyone’s guess. This is worth considering with the trial set up as participants needed to attend 7 sessions in 3 months. One wonders if a phone call would suffice for follow-up sessions.

Improvements in depressive symptoms were independent of weight change. So you don’t need to lose weight to improve mood. Previous studies show involvement of inflammation, oxidative stress and brain plasticity with depression and each of these is influenced by diet quality.

If you wanted to implement this in your practice it is worth noting that the intervention wasn’t to tell people to eat better, a considerable amount of time (7 hours over 3 months from a dietician) and resources (food hamper, recipes, nutrition education materials) went into doing this. By comparison, a GP would spend around 1 hour over 3 months with a patient to start them on antidepressants. Of course this new diet intervention would be on top of usual care, it would not replace it. One wonders if healthcare providers actually have the stomach to implement this. 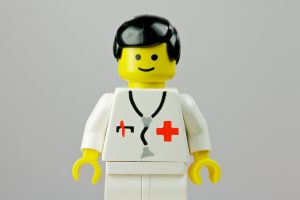 Do primary care professionals have the stomach for implementing dietary support for people with depression?

A fish a day keeps depression away?

Nutrition interventions for people with severe mental illness: do we need more dieticians?