Home » Posts » Treatment » CBT » Is cCBT doing it for the kids, but not the adults? 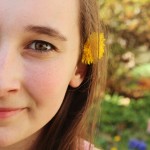 The prevalence of depression in young people is high and leads to significant impairment in young people’s lives. The National Institute for Health and Care Excellence (NICE) recommends CBT for mild/moderate depression for adolescents (NICE, 2005).

Demand for CBT exceeds supply and there is evidence that young people find services stigmatising. The adoption of a ‘stepped care’ (Bower & Gilbody, 2005) system has been implemented to overcome problems of access. Stepped care seeks to enhance the effectiveness of service delivery by providing low intensity ‘minimal interventions’ to a proportion of patients in the first instance. These interventions are generally described under the broad label of ‘self-help’ where CBT techniques are used by a patient and facilitated through a health technology such as written materials or computer programmes.

In adults, the NICE guidelines for depression recommend the provision of computerised CBT (cCBT) as an initial lower intensity treatment for depression as part of a ‘stepped care’ approach in primary care (NICE, 2009). A Health Technology Assessment (HTA) review of cCBT for depression in adults (Kaltenthaler et al, 2006) found preliminary evidence of clinical and cost effectiveness. However, the evidence base for cCBT (some of which are commercially produced and others are free to use) is mixed and there remains doubt about efficacy, cost effectiveness and acceptability.

The aim of the study was to evaluate the efficacy of Stressbusters, a computerised CBT (cCBT) programme for depression in young people (Smith et al, 2015). 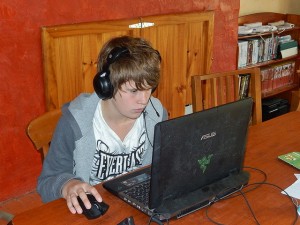 NICE recommends cCBT for depression in adults, but doubt remains about efficacy, cost effectiveness and acceptability. Evidence for cCBT in young people has been limited before now. 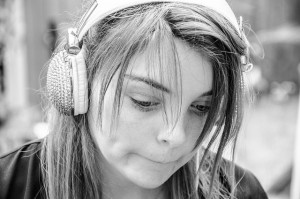 These are promising results for cCBT in young people with depression.

The study showed statistical and clinically meaningful change in depression and anxiety symptoms in young people aged 12-16 with mild and moderate depression and less school absences in those receiving cCBT as compared to waiting list. As predicted, the effect of cCBT was partially mediated by a reduction in ruminative thinking.

There are a number of strengths to the study; it is the first UK RCT comparing cCBT with wait list in young people with mild/moderate depression. Of particular note is the adherence rate with 86% completing all 8 sessions. A further strength was that outcome was rated by multiple stakeholders (young people, parents and teachers as well as school attainment and absence).

The main limitations are that follow up was limited to 6 months which precludes answers to the effect of cCBT in the long term. A cost effectiveness analysis would have been beneficial. There was a relatively low uptake of cCBT with only 43% of eligible young people consenting to participate in the study. Relatively few teachers 20/55 and parents 12/55 completed the outcome measures at 6 months; this amount of missing data precludes any meaningful results. 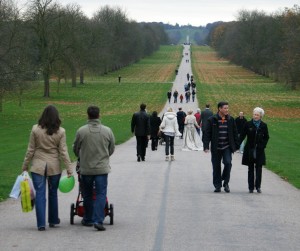 Longer studies with better uptake of cCBT and better outcomes data are needed to confirm these promising findings.

This is the first UK RCT of cCBT in young people which demonstrated statistically and clinically meaningful improvements in depression and anxiety in young people with mild and moderate depression. The major strength is that cCBT was delivered via schools, the study potentially reduced stigma and therefore has significant promise of delivering an accessible, acceptable and evidence based intervention. Further research should focus on replicating this study with a cost effectiveness analysis.

Of note and relevant to this study is that a large RCT was published this week (n=691), which found cCBT to be ineffective in adults experiencing depression (Gilbody et al, 2015). A possible reason for the difference here is that young people find cCBT more acceptable than adults. 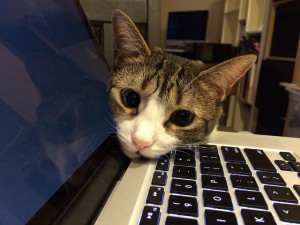 cCBT may work for young people with depression, but it’s looking less helpful for adults. The jury’s still out on cats…