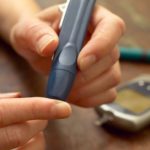 Cognitive Behavioural Therapy (CBT) is a widely-recognised tool in the arsenal of psychiatrists and psychologists, and appears centre-stage as a treatment option for many mental disorders including depression, anxiety, post-traumatic stress disorder, obsessive compulsive disorder, eating disorders, and schizophrenia (Butler, Chapman et al. 2006).

CBT prioritises personal coping strategies for life difficulties and aims to change unhelpful patterns of cognition (thoughts, beliefs and attitudes), the behaviours associated with them, and can help strengthen emotional regulation (Beck 2016).

Whilst its utility in mental disorders has been repeatedly demonstrated, there is a growing field of research examining its ability to help manage chronic physical illnesses such as diabetes mellitus, Crohn’s disease, cancer, and rheumatoid arthritis (White 2001, Taylor 2006, Halford 2009).

The use of CBT, a strictly psychological technique and involving no pill-popping, for a chronic physical illness may not at first seem intuitive. However, diabetes doubles the odds of comorbid depression and 12-27% of people with diabetes experience depression at a rate two to three times that of the general population (Anderson, Freedland et al. 2001). Anxiety also occurs in around 14% of people with diabetes, and 40% show elevated levels of sub-syndromal anxiety (Smith, Beland et al. 2013).

One might suggest that a major factor linking all mental disorders is mental distress, which can similarly significantly impair those suffering chronic physical illnesses. Ameliorating mental distress may well be where CBT makes its mark and transcends its utility across the spectrum of chronic illness, both physical and mental. Mental distress is linked with higher incident levels of inflammatory markers such as IL-6, IL-1B, and TNFa (Steptoe, Willemsen et al. 2001), as well as abnormal functioning of the hypothalamic pituitary adrenal (HPA) axis (Hori, Ozeki et al. 2010), which controls amongst others, the release of cortisol, a stress hormone which also influences blood glucose levels. Since Diabetes Mellitus is also known to relate to an abnormal inflammatory response (Wellen and Hotamisligil 2005), a hypothesis might begin to form as to CBT’s potential benefit on not only the mental distress related to a chronic disease, but also potentially the disease processes behind it.

Enter this new systematic review and meta-analysis by Uchendu and Blake (2017), which was published recently in the journal Diabetic Medicine. 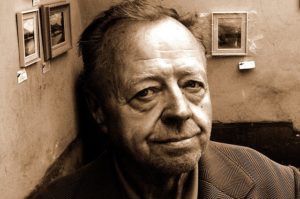 Mental distress can affect all people with a chronic illness, and CBT might help.

The researchers took a systematic review and meta-analytic approach to their work, performing an electronic search of an impressive seven databases, namely PubMed, Embase, MEDLINE, PsychInfo, CINAHL, Web of Science, Cochrane Register of Controlled Trials. They also searched several websites listing ongoing trials, such as http://www.controlled-trials.com, www.clinicaltrials.gov and www.who.int/trialsearch. They also searched the references of reviews included in their search return. The authors do not state when the search was completed, however the paper was accepted for publication in July 2016, suggesting the search must have reached completion some time before then. Their inclusion criteria featured:

Any studies meeting the inclusion criteria were assessed for methodological quality using the Cochrane Collaboration Risk of Bias Tool. Statistical analysis was completed using the random or fixed effects models, depending on the heterogeneity in the analysis. Standardised mean differences were calculated between the intervention group (CBT) and controls in each study, with summary effect sizes calculated.

The systematic search returned 1,144 hits, which were whittled down to 9 studies to be included in the meta-analysis. A further 3 studies were discussed alongside the results but due to inadequate published data, could not be entered into the meta-analysis. A wide variation in methodological quality featured between studies:

The analysis featured trials of either diabetes type I and II, or a combination of both. Outcomes varied between:

All studies measured outcomes at baseline and follow-up periods with some trials providing follow-up data at specific intervals up to 12-months post intervention:

Due to significant differences between studies in assessment of diabetes-related-distress and quality of life, a meta-analysis could not feasibly be performed, however the authors narratively report a mixed-bag of findings, with some studies showing benefit and others showing no significant difference between CBT and control groups. 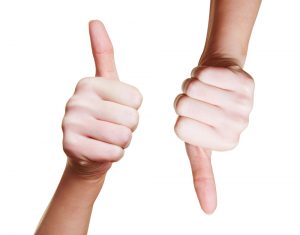 There was wide variation in the methodological quality of the 12 trials included in this review.

The systematic review and meta-analysis returned mixed but interesting results. There appear to be significant improvements in depressive and anxiety-related symptoms in those with diabetes, which last a considerable length of time after the CBT therapy finishes. However, the effect of CBT on glycaemic control does not appear clear. A significant benefit was seen at 6-months, though these findings were not replicated at 3 or 12-months.

We conclude that CBT-based approaches may be beneficial in diabetes care, although it is recommended that programmes to ensure the maintenance and sustainability of its positive effects are incorporated into diabetes management. Psychologists should work together with diabetes care teams to promote psychological care for people with diabetes, and there is a need for diabetes care teams to be specially trained in current approaches for CBT to enhance its utilization as part of clinical practice. 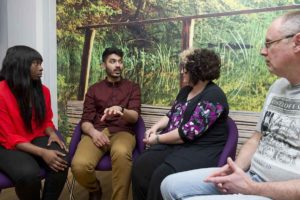 CBT effectively reduced symptoms of depression and anxiety in those with diabetes.

The authors completed a comprehensive search of the literature, searching numerous databases for both published and ongoing trials. Methodological quality was assessed and was found to be varied between studies, though all were included to maximise the evidence going in to the meta-analysis. The authors compare their work to similar meta-analyses in the literature, and find theirs to be quite significantly the largest and most detailed in the literature, implying that the results may well be the best available evidence to consider the effect of CBT on many facets of diabetes.

However, there are some significant limitations with the review. The phrase ‘GIGO’ (garbage in – garbage out) is commonly taught to those both performing and reading meta-analyses, and I feel that the results of this analysis may be significantly impaired by the quality of trials included in it.

Firstly, regarding the CBT intervention, trials varied significantly in terms of format, duration, total number of sessions and professional background of therapists. Some trials featured 6 sessions of CBT, whereas others featured 16. Some studies featured face-to-face group therapy, whereas others featured telephone or Skype therapy. No included trial featured 1:1 therapy, which may be seen as the gold standard. For that reason, it is difficult to ascertain the true effect of CBT on the various outcome measures, as one could argue that the ‘dose received’ by participants varied significantly.

Secondly, most studies neither provided follow-up data nor performed intention-to-treat analysis despite high attrition rates, thus the included trials are at significant risk of bias.

Thirdly, due to a lack of relevant trials, this review does not provide information on cost-effectiveness, gender-specific effects and the length or format of CBT sessions that are most beneficial and preferred by people. Furthermore, since a subgroup analysis between type 1 and type 2 diabetes was not undertaken, it is not possible to ascertain whether people differing in diabetes type may benefit differently from CBT interventions.

A final point to mention is that the study authors report a significant finding at the 3-month point for CBT on glycaemic status, however the forest plot reports a confidence interval that crosses 0, with a p value of 0.07, which should be interpreted as no significant difference. 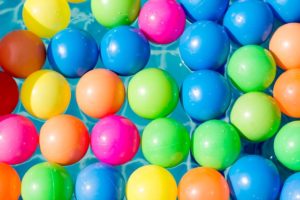 A wide variation in the length and format of CBT included in this review reduces our confidence in the conclusions drawn. 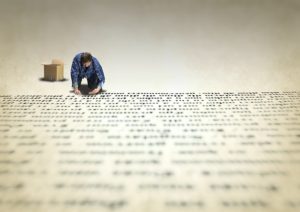 Future work should seek to standardise the model of CBT used as an intervention.