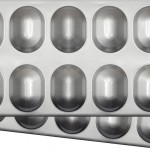 Antipsychotics are frequently used in the treatment of people with learning disabilities, but little is published in the literature concerning their metabolic and endocrine side-effects.

The researchers in this observational study set out to compare indices of obesity, glucose, lipids and prolactin between 138 people with learning disabilities who were treated with antipsychotic medications and 64 who had never been treated with such medications. They also compared these indices between participants with learning disabilities and a control group from the general population.

The most common antipsychotic used was risperidone (48%) with the mean treatment duration for all anti-psychotics being 8 years.

The authors conclude from this study that antipsychotics, on average, did not increase metabolic risk. They pointed out that there remains a concern about increased risk of diabetes in a susceptible subgroup.

They found that some antipsychotics induced hyperprolactinaemic hypogonadism (reduced production of hormones in the sex glands), which required active management.

They suggest however that antipsychotics used at the low doses routinely prescribed for people with learning disabilities were found to be safe in relation to metabolic adverse effects. They point out however that the effectiveness of such medications however remains poorly defined in the literature at present.