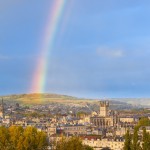 The Cochrane Collaboration does its best to put together the best evidence of the effects of [all] health care. It collects all reports of fair testing of treatments and groups these, and adds up the effects, where possible and sensible; to produce reviews of particular treatments. It makes these available to as many people as possible by publishing online http://www.cochranelibrary.com/ and maintains these reviews in the light of new evidence.

The Cochrane Schizophrenia Group has been working within the wider Collaboration for over 20 years. This work is funded by grants from central grant-giving bodies, mostly the UK’s NHS, not by industry or special interest groups.

The purpose of doing the reviews in a rather mechanical way is to leave as many steps as possible clearly visible for outside scrutiny. All data should be identified, fairly appraised and clearly presented. Authors of reviews can express an opinion within a review, but readers should have all necessary information to make their own minds up.

Being fair to best available evidence when the best evidence is far from ideal is tricky. Unsurprisingly drug companies’ trials tend to favour their own compound, and those evaluating a practice they have invested heavily in; in terms of time, effort, academic standing, may well be similar….or worse.

Cochrane reviews in the area of CBTp have been available for many years. The latest updates (Jones et al , 2012) with lots more data, still report how they do not find evidence for meaningful effects of CBT for people with schizophrenia. On lots of measures the trialists reported, reviewers could not find evidence of important differences between CBT and much less sophisticated psychological approaches, and no evidence at all for (or against) using brief CBT. 2015 should see three or four more CBTp reviews, investigating different comparisons.

The building blocks of these reviews (randomised trials) are, with notable exceptions, not great. They tend to be prone to being slanted towards finding good effects for the CBT group.

Trials, sadly in this writers opinion, mirror the mistakes made for years by those evaluating the effects of drugs:

This end of mental health research, ostensibly free of the complex spectre of drug company influences, could do so much better for itself.

Guideline writers are now giving conflicting advice regarding the emphasis within the care of people with schizophrenia. Even within the small island of Great Britain; guidance for England and Wales differs considerably from that from Scotland (Taylor and Perera, 2015).

The former’s guidance (NICE, 2014), drawn together by a group with more psychologists than psychiatrists, and chaired by a psychologist, emphasises non-drug therapies.

Where does this leave psychiatry and psychology? The danger it leaves two important members of the mental health team sniping at each other. Not collaborating whilst people with schizophrenia and their carers have hopes raised and dashed amidst conflicting messages….. and researchers research whilst Rome burns: services deteriorate.

Where does this leave CBTp?

In the opinion of this writer, having read and thought about the reviews (and others in some detail) it is time to move on.

It is great that there are data for questions around this potentially potent intervention for people with schizophrenia (for many treatments there are no data at all). I just cannot see that this approach (CBTp), on average, is reaping enough benefits for people.

Perhaps you disagree. Please have a read of the reviews (Jones et al, 2012; Naeem et al, 2014) and comment in the Cochrane reviews’ feedback section. The reviewers will improve the review if you find something that is wrong.