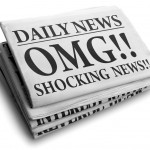 This is a posting in two connected parts. The article to be reviewed has had the (mis)fortune of attracting considerable press coverage, as its headline finding links the themes of young people, violence, crime, drugs and mental health. Time to sound your Daily Mail claxon or post your bad science alert to Ben Goldacre.

Whilst my approach to the research paper is one framed by objectivity and research quality, my approach to the media coverage will be more pithy but equally important, since the vast majority of public awareness of the scientific paper will be framed by the interpretation of the ‘science journalists’ working in our tabloids and broadsheets.

The important part for the Mental Elf is the paper summary itself and in assessing the study I hope to illustrate how a seemingly straightforward correlation analysis can actually be rather complicated and unfortunately open to the conflation of causation with correlation.

Correlation is not causation http://xkcd.com/552/

In this national level study, the authors looked at data covering the entire population of Sweden aged fifteen or over (7,917,854 people) over a three year period. They looked specifically at the rates of certain types of charged and prosecuted criminal activity, the diagnosis of a range of mental health conditions, the prescription of SSRIs (Selective Serotonin Reuptake Inhibitors – antidepressants) and other psychiatric medications, and demographic data.

The aim of the study was to probe further into the poorly established relationship between SSRIs and violent crimes, which to date has been mostly founded on individual cases or as an extrapolation of concerns about SSRIs and suicidality. Such associations, as the authors point out, do not incorporate research evidence suggesting that the prescription of SSRIs might actually prevent or reduce violent activity.

Sweden is a useful country for this study, because the rates of SSRI prescribing are comparable to the USA and higher than most European countries, and rates of violent crimes are also similar to the United States. That the authors take care to point this out shows their consideration of some of the questions readers might raise about generalisability and this careful attention to detail characterises what is a very thorough scientific paper. The inevitable downside of this is that it is a very dense read; a trade-off I am happy to take, but one which probably contributes to the over-simplified press summaries. 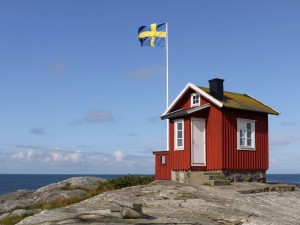 This high quality cohort study investigated the association between violent crime and SSRIs in Sweden. (It’s not all islands and clear blue skies you know).

The method of analysis used was a between-individual Cox proportional hazards regression. For those unfamiliar with this technique (which included me before reading this paper), this is like an odds ratio analysis, and enables the researchers to look at the relative risk of something occurring in one population in comparison to another population.

In their analyses, the researchers then incorporated a within-individuals proportional analysis to separate out, for each individual in the ‘SSRI’ group, time periods when they had an active prescription from times when they did not. This was used to designate people as taking or not taking SSRIs, which is a problematic assumption, especially when we consider the evidence concerning poor medication adherence in young people.

The researchers did address some of the potential limitations before coming to their conclusions:

The two main findings, in the views of the authors, are: 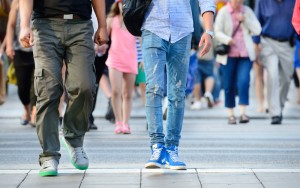 The study did identify a link between SSRI use and violent crime in 15-24 year olds.

The first of these, being a ‘non-result’, is perhaps challenging for the authors to sell to readers; our eyes and brains tend to be drawn to relationships, yet this lack of correlation is not only robust but also potentially very meaningful to drug companies and those adults currently prescribed SSRIs.

The second finding does indeed warrant further investigation, although the press response shows how hard it can be to advise moderation even where it is clearly needed. Although the research design allows for control of time-varying factors and within-individual changes, there are difficulties with a number of the measures being used. For example, using prescriptions to measure SSRI use is inherently problematic, since we cannot assume that someone with a prescription is necessarily taking the medication as directed.

Some of the more interesting findings are found when the authors break down the overall results by different variable categories:

The authors consider that the differences noted between SSRIs and violent crime convictions could be due to different efficacies or different half-lives of the drugs.

Also important to note is the finding that the significant relationship between SSRI use and violent crime in 15-24 year olds only holds at low SSRI dosage, and not at higher doses. Because we do not know anything about the individual cases, we cannot say whether this is a sign of inadequate dosage; I was unable to work out if these lower dosage levels were disproportionately related to individuals only just starting on SSRIs, and if there would be a potential elevated risk level at first contact with medical support. 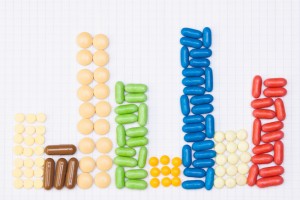 The hazard ratios for different antidepressants are clearly presented in the open access paper.

If it bleeds, it leads… (the media coverage)

September 15th and 16th saw a flurry of articles published in response to the SSRI paper. In an alarming illustration of headline-article contradiction, readers of The Sun were greeted by a topline of:

Prozac kids go violent… Youngsters given common antidepressants such as Prozac are 43 per cent more likely to commit violent crimes, according to researchers

undermined entirely five sentences in with the revelation that lead researcher Seena Fazel:

…says it is too early to blame dangerous behaviour on the medication.

Other newspapers were more balanced, less alarmist; yet the articles were all of the same format:

There’s nothing surprising in this and I would hazard some socio-linguistic researchers have analysed the prevalence of this format in all sorts of media presentations. The problem in this case is that it really is misleading and potentially very damaging to (and for) a somewhat stigmatised group in society.

On a more positive front, several articles were of substantial length and had sought not only further comment from Professor Fazel, but comments from other researchers active in this field. Several writers highlighted the importance for people to adhere to their current antidepressant medication, although it is difficult to marry this up with all the apparent dangers of said medication portrayed three inches further up the page.

This is a valuable paper in terms of its scope and scientific rigour, but its reassuring main message on the lack of a link between violent crime convictions and SSRI prescriptions has been somewhat lost in the retelling. 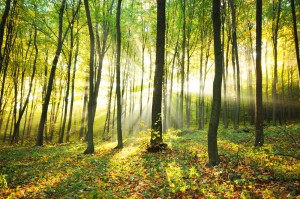 With attention grabbing headlines flying around, it is sometimes hard to see the wood for the trees.