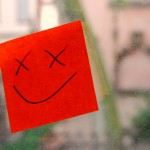 Implementation intentions are challenging. I intended to write this blog weeks ago, but here I am days before the deadline frantically hitting the keyboard on my laptop.

It is not just blog writing that experiences a drift from intention to action; the adherence of medication, such as antidepressants (Chong, Aslani & Chen, 2011), completion of therapy homework (Katzantzis et al., 2006) and attendance to treatment are common areas where the gap between intention and action often occur.

This review focused specifically on goal striving (moving towards a goal) rather than goal setting and how the bridge between goal intentions and behaviour can be overcome.

The meta-analysis looked at the effect of if-then intentions on goal attainment on individuals with a clinical mental health diagnosis. 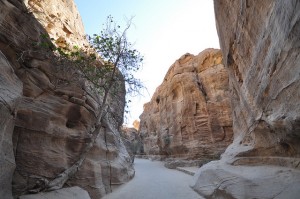 There’s often a chasm between our intentions and our actions, which can be especially problematic for people with poor mental health.

The review had four inclusion criteria: 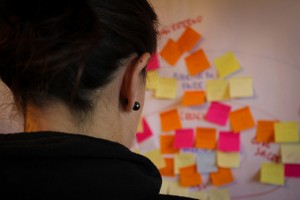 This meta-analysis suggests that people with mental health problems can benefit if they are prompted to form if-then plans, which specify when, where and how they will achieve their goals.

The authors concluded that if-then planning can be an effective technique in the promotion of goal attainment in mental health populations.

The overall effect is robust and if-then planning can be effective in attaining goals across a range of clinical problems.

Encouraging people to specify when, where and how they will achieve their goals will be likely to improve outcomes. 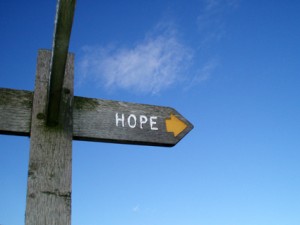 The paper includes guidance for researchers and practitioners in how to promote the formation of implementation intentions.

The study has several strengths. The authors employed a number of strategies to identity papers and cast their web widely. They utilised some sensible methods for comparing outcomes by weighting effects by sample size and removing statistical outliers that could inflate effects. There also was a high level of rater agreement at each stage of identification and screening, so the authors were consistent.

However, the search itself used a limited number of databases, a minimal variation of search terms and was limited to English language only, which means that relevant research may have been missed. The included studies were not quality rated and give readers little idea of how robust the included studies methodologies and analysis were, making it difficult to know if the included studies represent high quality research. Finally, the inclusion of both those with a clinical mental health diagnosis and those with a neurodegenerative disease or brain injury appears to muddy the waters somewhat, as it is difficult to know if the studies are comparing apples to apples.

This review focuses on a specific element of what could broadly be considered behaviour change. It highlights the importance of the gap between intention and action, which occurs across clinical practice. The ability to increase the likelihood of action undoubtedly will support individuals to move towards a multitude of goals.

However, the implementation of intentions is just one element of behaviour change, which is a complex and multifaceted process, as noted by Michie et al. (2011, 2013) in their behavioural change model and taxonomy. These findings should be considered within the wider context of individuals’ capability, motivation and access to opportunity. 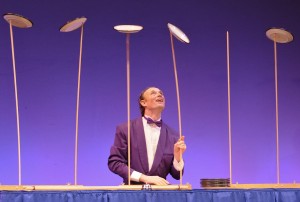 Behaviour change is a complex and multifaceted process.