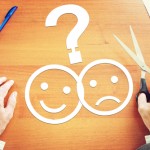 The concept of emotional labour has had an enduring influence on our understanding of the ways that organisations seek to control the emotions displayed by their employees. It was developed by the American sociologist Arlie Hochschild in her book, ‘The Managed Heart’ (1983).

Now that service industries dominate the market for paid employment, the way that workers communicate emotions becomes ever more important. Just as physical labour can be taxing, so the process of managing emotions (for example, trying to calm down angry customers) can also take its toll. By comparing the experiences of flight attendants (mainly women) and credit controllers (mainly men), Hochschild was able to add a gendered dimension to her observations.

At one level, Hochschild acknowledged the need for emotional labour (‘no customer wants to deal with a surly waitress [or] a crabby bank clerk’) but she concluded it could also affect workers in more problematic ways. Some might place themselves at risk of burnout because of the need to constantly create a public face for their feelings while others might become cynical or disengage completely from their role.

Since publication of ‘The Managed Heart’, studies of the way that workers in different occupations experience emotional labour have proliferated – to the point that there is an accusation of an ‘emotional labour bandwagon’ (Bolton, 2005: 55). The article by Moesby-Jensen and Nielsen (2014) adds to what we know about emotional labour by looking at the experiences of a group of Danish social workers. 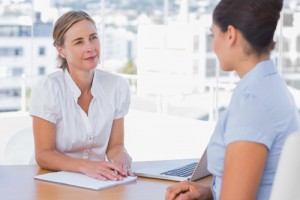 This was an ethnographic study which took place in two different unnamed municipalities, the equivalent of our local government districts.

The authors used data from interviews with 23 social workers and field notes made during a four month period of participant observation. This mainly involved shadowing the social workers for several days at a time.

Observing practice does, of course, create ethical dilemmas. Service users and carers may feel constrained from talking as freely as they would wish in front of an outsider and social workers may feel anxious about their performance. The authors made sure that everyone involved had given their consent to be observed.

The interview transcripts and field notes were analysed together using the qualitative data analysis software NVivo. All the material concerned with emotional reactions was condensed into themes.

The authors read and re-read their data while also considering the conclusions reached by other researchers.

The three most prominent responses they found consisted of:

These feelings were not necessarily mutually exclusive since they could be experienced in combination.

Shutting off emotions involved a form of ‘surface acting’ whereby social workers maintained a certain distance towards service users, so as to conceal how they were affected. For example, one participant tried to hide the parallels that she considered existed between events experienced by a service user and those in her own life. Although she pretended to herself they did not exist, she knew she was not being honest with herself.

Another strategy involved deferring emotions. This often occurred when social workers were faced with relaying difficult decisions – such as telling a young person she would be moving to a residential placement. Workers concealed how upset they were when conveying these sorts of decision and delayed their emotional reaction until they went home or could share it in supervision or team meetings.

In other circumstances, hiding emotional responses became impossible. These were the cases that, to use one participant’s phrase, got under the social workers’ skin. These involved service users in complex situations or who had experienced particular difficulties in their lives. The social workers felt so emotionally involved in these cases that the boundary between their professional response and their private feelings became blurred. 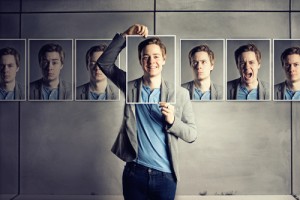 In some cases social workers could shut off or defer emotions, while in others emotional boundaries became blurred.

The authors concluded that the need for social workers to manage constantly their emotional responses could be draining.

They argued that increased awareness of the need for emotional labour in social work could help workers and employers be more careful about creating supportive working environments with plenty of opportunities for peer supervision.

The authors recognised that the typology of emotional labour they developed might not be exhaustive and that their type of research could not document how common each different type of response was. They also acknowledged that they could have paid greater attention to the organisational aspects of the social workers’ work.

This is, perhaps, the biggest limitation of the study. One of the criticisms of research on emotional labour is that the term is used in ways that diverge from Hochschild’s original meaning. It is often used simply to differentiate it from other types of work, such as physical labour. This was not Hochschild’s intention. Her’s was an unashamedly political treatise which can be seen as an early critique of consumer capitalism and its effects on those who produce it (Brook, 2009).

By contrast, it was hard to get a sense of the way in which Danish welfare policies and organisational cultures might play a part in influencing social workers’ emotional labour in this article. It felt as if there was a missed opportunity to ask the social workers more directly about the relationship between the different emotional responses they observed in themselves and other aspects of their work, such as feelings of stress and burnout.

However, this is a thoughtful study that will resonate with many social workers’ experiences and provides a valuable starting point for further research in this area. 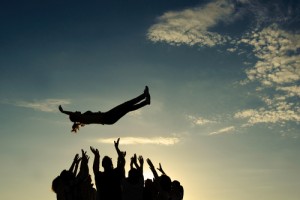 The need for social workers to constantly manage their emotions can be draining but peer supervision may help with support.

Existing research has demonstrated the links between emotional labour and work-related stress and burnout. Burnout has very severe effects on individuals and organisations.

By documenting emotional labour as it is experienced by social workers, this article offers new avenues for enquiry from which explore the links between these different phenomena.