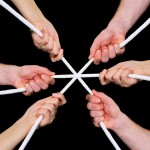 Put simply the country cannot do without the contribution of carers. We owe it to carers not to take them for granted but to recognise and value what they do, and to support them to have fulfilling lives of their own. (Department of Health 2014: 6).

There is now an extensive national and international body of carer-related research. This can be credited, in part, with informing the sustained investment in policy and service development carers over the last 2 decades across the UK to provide family carers with the support they need to lead fulfilling lives of their own. A number of health and social care policies have explicitly focused on carers’ rights to have their needs assessed, their health and wellbeing protected, access to support, training and employment, and to ‘live a life outside caring’ (Moran et al. 2012). The study explored the relationship between hours spent care-giving per week and physical and mental health.

Smith et al (2014) aimed to explore the relationship between the number of hours spent caregiving per week and physical and mental health. They carried out a large-scale study using a sample from the English Adult Psychiatric Morbidity Survey 2007. During the interviews that were conducted carers were identified using a definition that was consistent with comparative surveys. These respondents estimated the number of hours they spent caregiving each week. Their mental and physical health was then assessed using three separate measures of health.

The study identified that carer distress can – especially amongst those providing the highest levels of care – frequently meet clinical mental health thresholds. The findings about the relationship between caregiving and physical health were inconsistent.

Although this is a rigorously conducted study, it would have benefited from a broader contextualization than the one presented by the authors – namely the increase in the number of carers and a brief reference to the role of community care policies and our aging society. The nuances of the context outlined need further exploration because of their relevance to carer health and wellbeing. For example the inexorable policy drive towards care in domiciliary settings, as epitomized in the continuing shift in the location of nursing care in the UK in the home (Mc Garry, 2008), has significant implications for carers in that the care needs of many of those being cared for are more complex and diverse. This in turn results in more high level care, and increases the intensity and demands of caring (NHS England, 2014; May et al 2014; Smith et al 2013).

Additionally socio-demographic changes in combination with the ongoing policy shift also mean that more carers are likely to have dual caring responsibilities; whilst the numbers are relatively small, there is an increasing incidence of people with multi-generational caring responsibilities. One such group is often referred to as ‘sandwich carers’ as they combine eldercare and childcare. Another group care for a disabled partner/ adult child and an elderly parent (Carers UK, 2014; Ben-Galim, and Silim, 2013; Employers for Carers and Carers UK, 2012).

This study adds to the existing evidence base about the impact of caring on carers more generally, and because of their specific focus, on carers’ mental health. The inconsistency in the relationship between caregiving and physical health reflects findings within carer-related research more generally. It also suggests an area for further research, particularly in the light of the evidence of under-reporting of physical conditions by carers and the likely impact on their overall wellbeing (NHS England, 2014; Department of Health 2014). The inconsistency in the relationship between care giving and physical health reflects findings within carer-related research more generally.

Smith et al’s study raises several important and more general issues relevant to understanding carer mental health and improving carer support. In the ‘implications’ section, the authors call for the ongoing prioritization of the development of ‘tangible actions to identify and engage caregivers’ at an early stage and preemptive policies ‘to target support services appropriately’ (Smith et al., 2014: 202). These are both key challenges in supporting carers ‘to have fulfilling lives of their own’ (Department of Health 2014: 6).

‘Carer’ is not recognised as a label by many of those who actually are ‘doing caring’; indeed, it is estimated that as many as half of all carers do not own the term (Lloyd, 2006). Some commentators even argue that it is a culturally bureaucratically generated notion, turning ‘what is a normal human experience into an unnecessarily complex phenomenon’ (Molyneaux et al., 2010: 422). Further complexity arises because some carers, especially older carers, may simultaneously be service users in their own right (Rapaport and Manthorpe, 2008; Warren, 2007). Hence the authors rightly emphasise that fundamental to progressing support for carers is devising significantly more accurate ways of identifying them in the first place.

With respect to the authors’ second point here, it is now widely recognized that ‘when carers are well-supported, they provide better care to the person they care for and report better well-being outcomes themselves’ (NHS England, 2014:8). Recent analysis of the national and international carer-related evidence base showed that as strong as its separate elements may be, this body of knowledge is fragmented and disparate (Milne and Larkin, 2014).

Perhaps the time has now come to consider how to maximize the value of this evidence base and the sound contributions, such as Smith et al. (2014) that are regularly made to it, in order to more effectively support carers? Making better use of the evidence we have has the potential to reduce the impacts of caring on carers, improve carer and service user outcomes and ensure carers ‘have fulfilling lives of their own’. (Department of Health 2014: 6). Let the debate begin!

Larkin, M. and Mitchell, W. ‘Carers, Choice and Personalisation: What do we know?’ Forthcoming

McGarry, J. (2008). ‘Defining roles, relationships, boundaries and participation between elderly people and nurses within the home: an ethnographic study.’ Health and Social Care in the Community, 17 (1) 83-91 [Abstract]

Milne, A and Larkin. M. (2014) “Knowledge Generation about Caregiving in the UK: A Critical Review of Research Paradigms” Health and social care in the community Article first published online: 13 OCT 2014 DOI: 10.1111/hsc.12143 [Abstract]