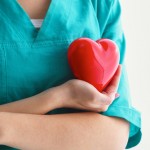 The phrase ‘emotional labour’ has been applied to many jobs and is now defined in many ways. It has been taken up in social care as a fairly accurate summary of what the work entails and what makes it more than housework or domestic service.

Taken initially from a study of flight attendants (Hochschild 1983) and rapidly applied to nursing, the phrase seems well suited to residential care work in which face to face encounters include legitimate touching, personal conversation and shared atmospheres are even less affected by technical operations than airline work.

A recent blog by my colleague Jo Moriarty discussed a study about emotional labour in social work so this profession is not considered in this commentary.

At a time when the personal qualities of care workers are under scrutiny and being considered by emerging recruitment tools such as those based on values, the notion of ‘emotional labour’ seems worth thinking about more deeply.

This article by Eleanor Johnson provides such an opportunity by drawing attention to:

Her own research questions included asking how and whether work as a flight attendant compares with care home relationships (the flying customer versus the person with a need for care)? Does sentiment in care home work have greater legitimacy than flight attendant work? And does care work’s emotional labour get properly recognised and valued?

These questions come together in her phrase ‘moral labour’ which she argues is applicable to care work. 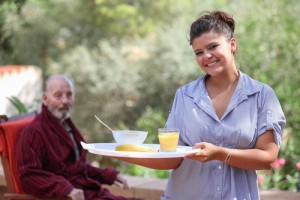 This study looked at the emotional and moral labour of care workers in residential homes.

This type of research is a case study – a private sector residential care home being the ‘case’. Such care homes will be well known to UK readers, being part of a large commercial chain operating at the high end of the market.

It is anonymised, of course, but not atypical. In 2012 Eleanor Johnson undertook participant observation in the home. She had previously undertaken a documentary analysis of its publicly available material – looking at its brochures and advertisements to see what words they use and images they convey. Her observations included those she made while attending one of its week-long induction training.

Following this she interviewed 6 new recruits and 6 more who had been employed in the care home for a year or longer.

These are not large numbers of course, and we don’t know much about the staff – so we are left to presume that they were possibly typical of the workforce. The lack of information about their circumstances is rather unusual for an in-depth case study.

However, actual attendance at an induction week is not common among research communities and this is valuable in showing how staff are considered and treated in their first real encounter with their employer. 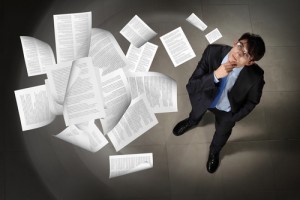 The research used documentary analysis, observation and interviews to gather data on a residential care home.

In the induction the care home management and trainers took pains to say how they valued the staff and in particular their caring nature.

They praised the idea that staff would develop emotional connections with residents and suggested that they would be treating residents as if they were family. These were ‘feeling rules’ and part of this meant that the staff would defend the residents in their care because there was an emotional bond between them.

The care workers who were interviewed after they had been working in the home for a while also internalised this emotional labour. They saw themselves as naturally caring people and if they did not feel positive inside, they tried to appear so on the outside, e.g. by putting on a cheerful face.

They thought of their work as morally rather than economically driven. So when they thought they had done a good job, their rewards were feeling good about it, or receiving a ‘hug’ from a resident, not economic. This was not always the case because some residents were not grateful or could be hard to care for – here the care workers had to manage their emotions.

A further observation from her findings is that the morality encouraged by the home among its care workers could seem to them to be slightly undermined by insufficient staff being employed so that care tasks got rushed or residents were overlooked.

They aligned themselves with the residents and complained more about the lack of care for residents than they did about their own low wages. Intriguingly they used the moral language that had been used to them in their own training.

Lastly, Johnson touched on the ways in which emotional feelings towards residents made it hard when they died or they had to detach themselves from them. There were some residents to whom individual workers felt particularly close. They felt their loss. 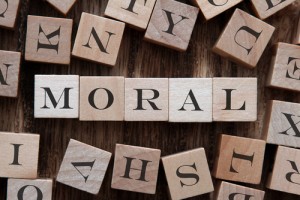 The care workers thought of their job as morally rather than economically driven.

The author concludes that

…[care workers], encouraged by the company, naturalised their emotional labour, and that this had contradictory consequences. On the one hand it justified the economic devaluation of the [care worker’s] work and left her vulnerable to emotional over-involvement and client aggression. On the other, it allowed the worker to defend the moral interests of those within her care and to see when those interests were in conflict with the economic motivations of her employer.

Like any other case study there are always questions about authenticity and generalizability in such a study. It is up to readers looking at the evidence to see if they think these criteria are met. To me the descriptions of the home rang true; but I would have liked to have known more about the staff’s characteristics.

Many care workers are wrongly depicted as lacking feelings and many care homes are thought not to offer much training. This is a good case study belying such stereotypes.

Care homes are in a curious social space, being like family and not, being homely and not usually offering a moral relationship of care but setting care in a commercial transaction. Johnson is not the first to point out these difficult dimensions.

This study is helpful in showing that some parts of the care sector place great value on moral labour and recognise the value of staff attitudes and demeanour. It would have been interesting to hear if the home was particularly successful in recruitment and retention of staff and what the residents and their families thought about the care workers.

Whether care work is emotional or moral labour is not at issue, this article is a helpful antidote to complaints that care workers are untrained and uncaring.

Good trainers may find it useful to think about how to square the circle of instilling strong moral dimensions to care work and making sure that these are reflected in the work and employment relationships. 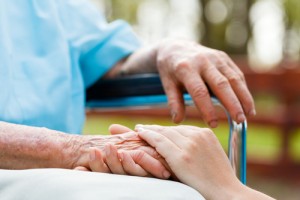 This study challenges the myth that residential care workers often lack feeling towards the people they support.