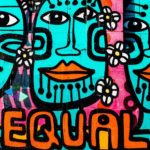 Can we achieve equal relationships between clients and social care assessors or does the assessor’s role in making decisions about eligibility make this an impossibility?

This isn’t a new challenge. But one of the fundamental principles of the Care Act 2014 is that clients are in control of their own care. So does the act have the potential to address this tension?

In 2016-2017, as the Care Act was being implemented, researchers from the Norah Fry Centre for Disability Studies in Bristol thought it would be an opportune time to ask: “What can we learn from the insights of practising social care assessors, which will help the Care Act to achieve its objectives in creating a more ‘equal exchange’ between assessor and assessed?” (Symonds et al. 2018).

The resulting paper by Symonds and colleagues (2018), which I consider here, is a report on phase two of their three-part, co-produced study consisting of interviews with 30 social care practitioners. Phase one of the study involved  the recording of seven social care assessments, and phase three was the staging of workshops which led to a series of videos to support practice. 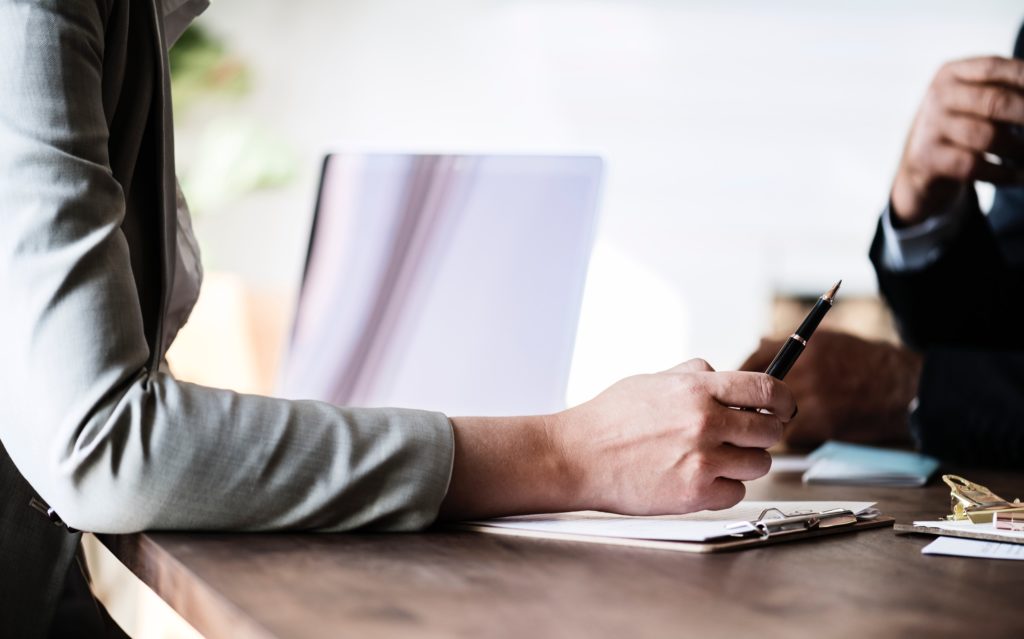 Can we achieve an equal relationship between client and social care assessor or does the assessor’s role in making decisions about eligibility render this an impossibility?

True co-production is hard to achieve but Symonds et al have made a considered attempt by including two researchers with lived experience of disability on the core research team and creating a ‘co-research’ group consisting of nine members of the local centre for inclusive living. The co-research group met monthly and helped with data analysis.

Interviews were semi-structured. There were questions on the assessor’s backgrounds, experience and motivation. There were also accounts of how assessments were conducted, assessors’ views on successes, challenges and possible ways to improve social care assessments.

Data analysis utilised a grounded theory approach This means instead of having a theory or hypothesis to test, theory was created from the ‘ground up’ by examining the data for emerging themes (Charmaz, 2007). Technically, this should mean analysis starts with a ‘blank sheet’ and no pre-existing theory to guide the researcher’s thinking. But there’s an argument that this is never really possible; we all bring our own values and beliefs to everything we approach. So theory doesn’t just float to the surface on its own accord; the researcher plays an active role in noticing and highlighting the themes (Braun and Clarke, 2006.). To my mind, this is why the co-production element of this research is so significant; the values, experiences and beliefs of the co-researchers who critiqued and discussed audio extracts from the interviews will have influenced or even shaped the form of the emerging themes. Put simply, without the co-research group’s input, the study is likely have produced different conclusions.

Assessors talked about their enjoyment of and empathy with their clients and their satisfaction in being able to help people get on with their lives. This caring stance was valued by the co-researchers.

Assessors with experience of disabilities considered these experiences to be relevant in their connections with clients, but so were other common interests. For the researchers with lived experience of disability, the priority was self-determination, but there were horror stories about being belittled by social workers who staged rigid ‘by the book’ assessments.

Assessors saw their role as being the interface between clients and a difficult, bureaucratic system with themselves being ‘on side’ with their clients and their role extending to getting at the truth and helping people understand what help they should be accessing.  However, half of the assessors expressed doubt as to whether some of their clients were able to accurately describe their own needs. The Mental Capacity Act was mentioned but didn’t seem to be fully integrated with the assessments and people with learning disabilities seemed to be doubted when describing their situation. Some people were described as ‘sucking the system’.

Flexibility and person-centredness were paramount and assessors used terminology from the Care Act 2014, such as ‘wellbeing’ and ‘outcomes’ but there was a clear message of proportionality; i.e. if it isn’t relevant, don’t waste time on it. Volume of work was seen to be the biggest constraint but budgetary limitation and a need to be careful with the cash was also raised.

Qualified social workers were more likely than other assessors to talk about holistic assessments, professional judgements and how they might elicit the information they need. The authors point out a disparity between this and the empathetic, collaborative stance described earlier. Perhaps, they suggest, it’s the professional skill of the social worker to reconcile this tension. I would add that it’s the role of the social worker to recognise complexity and resist the urge to approach this in a transactional way or risk averse way. Professional skill is in being able to maintain an empathetic, collaborative stance in the face of the uncertainty that is a feature of complex lives. 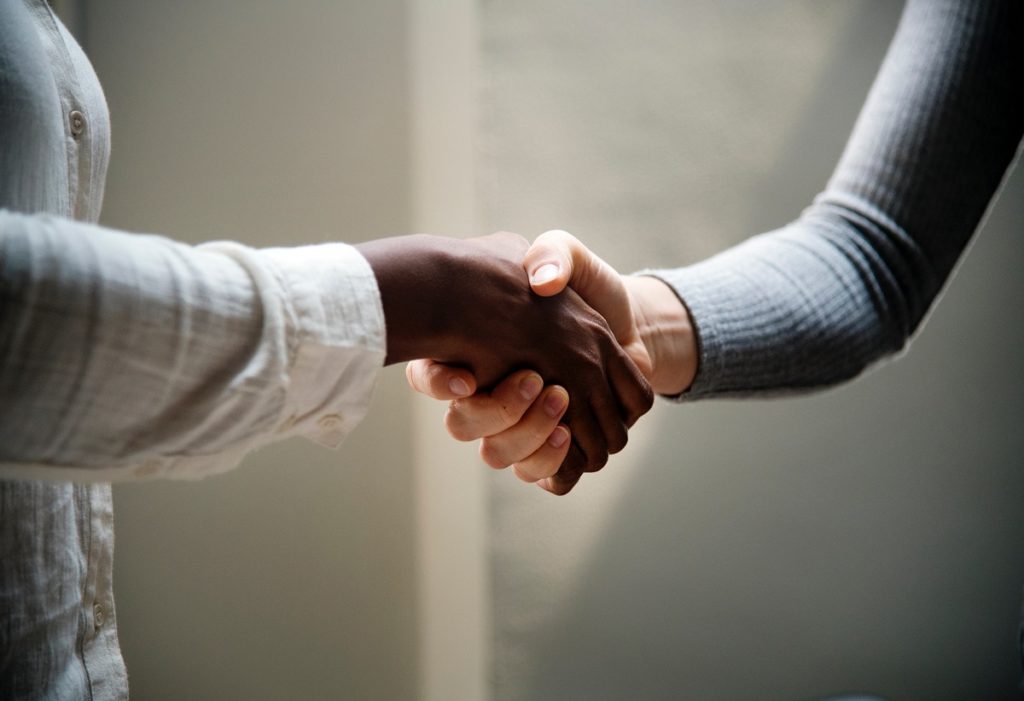 Professional skill is in being able to maintain an empathetic, collaborative stance in the face of the uncertainty that is a feature of complex lives.

The study shows tensions between professional judgement versus supportive empowering practice. Symonds and colleagues (2018) describe social workers as being at ‘the decision-making nexus’ between clients and social care system. Care Act 2014 principles were evident, for example, in support of people’s differing lifestyles, self-defined outcomes and rejection of deficit models. There was no evidence of eligible requests being refused because of lack of resources but there was consistent mindfulness about what was reasonable to request and suggestions from managers about how to ‘frame’ requests for resources to ensure success. The co-researchers were empathetic towards assessors being constrained by workload and budget and suggested greater collaboration in the assessment process could be achieved by more open dialogue about resource availability.

But following discussion with their co-researchers, the authors’ concluding argument is that the individual approach in which each person is viewed as a ‘problem to be solved’ is insufficient and if we are to address the difficulties faced by disabled people, the wider system and not just individual outcomes, need to be addressed.

The accounts of assessors collected by researchers, provide only one perspective from within the assessment process.  Interviewing clients might have brought a richer understanding of the experience of assessment, as well as some insight into the impact of the assessment process. Instead, in deciding to collect primary data from only the assessors, the researchers risk reinforcing the institutionalised power imbalance between assessor and client and this is relevant to the central question in their paper. The small scale of the project is also a limitation but doesn’t minimise the message of this project and is addressed to some extent through the presence of the co-researchers and the perspective of lived experience running throughout.

It’s this perspective that refuses to be constrained by a tacit understanding of what local authority social work should entail and broadens its remit to a wider tackling of the restrictions faced by disabled people. 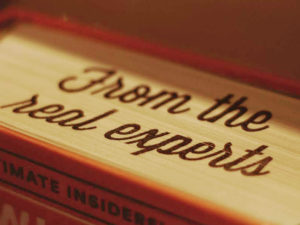 Co-researchers with lived experience of disability brought an important perspective to the study of social care assessments.

The tension between the dual role of empathetic supporter/advocate and gateway to resources remains and I agree with the authors that balancing this depends in part on the skill of the assessor. The paper offers the example of judgements being made based on the person’s ability to make a cup of tea but not being clear that this is part of the assessment. Surreptitious assessment gives a restricted view; I might be able to make a cup of tea now but perhaps this is only because someone filled the kettle for me earlier. Secret assessments and a ‘sucking the system’ narrative, both of which are discussed in the paper, are unhelpful and create adversarial, non-collaborative relationships. Just as we want people undergoing assessment to trust us, we need to trust people.

I’m not suggesting a blank cheque approach to resource allocation is possible or helpful. The skill of the assessor is in staging respectful, open exchange to help people think through their situation with self-determination and self-control in mind. Where paid-for support is needed, this should enhance not compromise the person’s independence. Introducing outside agencies into the complex systems that are our lives will have impact and should be done with sensitivity and creativity to meet the aims/outcomes of the person.

The co-researchers in this study have moved the discussion away from individual assessments to the wider issues faced by disabled people in a society that assumes everyone to be able-bodied. This is where the study (and its approach to analysis) becomes particularly important. Transparent, empathetic relationships may be the best way to approach individual social care assessments but if even the best assessments ignore structural barriers, the study suggests that our assessments reinforce the location of the problem with the disabled person rather than the disabling society.

The Care Act 2014 offers control over care but the message from this co-produced study is that even where achieved, this is just a step towards the real prize which is control over life. True collaboration will come from working alongside disabled people to achieve what really matters by tackling wider societal barriers. Equal relationships + equal lives = social justice. Isn’t this what brought many of us to this work in the first place? 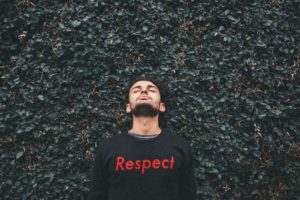 The skill of the assessor is in staging respectful, open exchange to help people to think through their situation with self-determination and self-control in mind.